The Conference Board’s index fell to 109.3 from a revised 115.2 reading in August, according to the group’s report Tuesday. Economists in a Bloomberg survey had called for an increase to 115.0.

The figures suggest the spread of the delta variant continues to dent consumers’ outlook of the economy and thwart spending on services. While new cases have dipped from the latest peak, they’re still rising in some states. At the same time, Americans are paying more for household goods, further weighing on sentiment.

“Consumer confidence dropped in September as the spread of the delta variant continued to dampen optimism,” Lynn Franco, senior director of economic indicators at the Conference Board, said in a statement.

“Concerns about the state of the economy and short-term growth prospects deepened, while spending intentions for homes, autos, and major appliances all retreated again,” she said.

The Conference Board’s gauge of current conditions fell to 143.4, a five-month low, while the group’s expectations index dropped to the lowest since November. Consumers’ views of present and short-term business conditions outlook also faded.

Consumers were less optimistic about their future income and job prospects. The share of consumers who said jobs were “plentiful” rose to a record 55.9%.

The figures follow the University of Michigan’s preliminary consumer sentiment index, which edged up in early September but remained close to a near-decade low. The report said high prices drove the declines in buying conditions for durable goods such as appliances and cars. 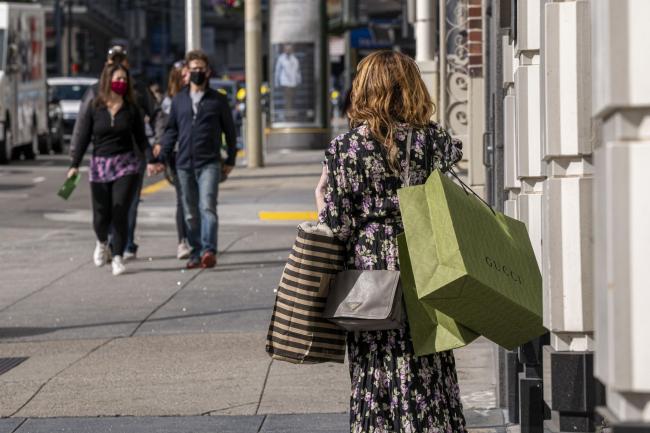