(Bloomberg) -- Thyssenkrupp AG (DE: TKAG ) will shrink and focus on higher-margin businesses as the coronavirus pandemic hastens the break-up of one of Germany’s last mega-conglomerates.

The company said it’s considering the sale of units that make steel and submarines as it fights for survival. Once a byword for German engineering prowess, Thyssenkrupp will be gradually split apart as Chief Executive Officer Martina Merz follows the path taken by other behemoths from Siemens AG (OTC: SIEGY ) to General Electric (NYSE: GE ) Co.

“CEO Merz is moving to a more aggressive mode, which will see some continued restructuring but also potential widespread corporate deals, which we believe are likely to transform the group rapidly,” Christian Georges, director of metals and mining research at Societe Generale (OTC: SCGLY ) SA, said in a note.

Merz’s strategy is aimed at reviving the group after the $19 billion sale of its elevator unit closes later this year. The firm had hoped to use some of the proceeds from that deal to boost ailing units, although worsening finances are gnawing at the lifeline.

“We have taken some difficult decisions that were long overdue,” Merz said in a statement Monday. “Thyssenkrupp will emerge smaller but stronger from the transformation.”

“The announced restructuring plan is an important step for Thyssenkrupp,” said Lars Foerberg, founding partner of Cevian Capital -- the company’s second-largest shareholder, which has pushed for a carve-up. “It is now crucial that this plan is implemented with urgency and decisiveness.”

The company said a cluster of loss-making businesses, including its plant technology unit that constructs factories, would also be dropped from its portfolio, with outright closures of heavy plate steel and battery solutions divisions an option. It will look to develop its raw materials distribution and its components units.

Thyssenkrupp’s rising debt underscores the shrinking room for maneuver. The company’s net debt stands at 7.55 billion euros, according to earnings figures released last week, a figure likely to rise as the fallout from the pandemic cripples the global economy.

The firm’s steel division was already wrestling with a global glut and a sputtering German economy before demand took a further hit as the coronavirus outbreak spread in March, leading to automotive and other factory shutdowns.

While the European Commission blocked a planned merger of Thyssenkrupp Steel with Tata Europe last year, both companies could revisit a deal and potentially sell or close steel plants to allay antitrust concerns, some of the people said.

Thyssenkrupp said it was in intensive discussions over a merger of the Marine Systems business, which builds submarines and other military ships, with a combination with a national or European competitor an option. The unit has run into project overruns in recent years.

“We have left no stone unturned in very carefully examining the individual development potential of each business for Thyssenkrupp,” said Merz. “The sale of the elevator business gives us the capacity for action.” 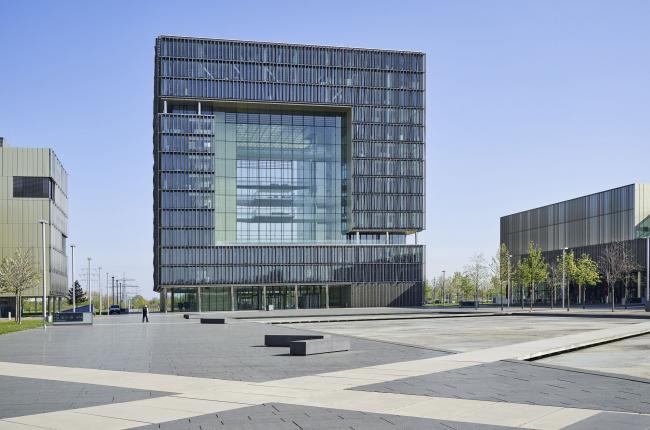