(Bloomberg) -- The promise of artificial intelligence has yet to translate into big business. Now Kai-Fu Lee, a prominent venture capitalist in China and founder of Sinovation Ventures, says his firm’s new startup should be able to reach $100 million in revenue next year and go public the year after.

Chief Executive Officer Hocking Xu, a veteran of International Business Machines (NYSE: IBM ) Corp. and SAP SE (DE: SAPG ), has hired staff that work with traditional companies to figure out how to take advantage of AI in their operations. AInnovation is on track to hit $100 million in revenue within two years of its founding, the fastest pace yet for such a startup, Lee said.

“We took the approach of ‘Let’s take some of the best business people and let’s target the industries which need AI the most’,” he said.

Lee figures AInnovation will be able to go public in less than two years at a valuation of $1 billion to $2 billion. The firm has raised about $70 million so far from Sinovation, CICC ALPHA and Chengwei Capital. Since the company was funded with yuan, it would most likely list domestically, either on China’s new NASDAQ-like Star market, or on the country’s ChiNext.

For retail companies, AInnovation sells products including a smart vending machine that opens with facial recognition and software that monitors retail shelves with image recognition. It’s created computer vision technology that detects defects on the production line for manufacturers and underwriting software and natural language processing technology for financial firms. There’s a large market in particular for technology to catch flaws early in the manufacturing process, said Jeffrey Ding, a researcher with Oxford’s Center for the Governance of AI. That effort “aligns with the Chinese government’s priorities to upgrade smart manufacturing capabilities to compete with countries like Germany and Switzerland,” he said in an email.

The former president of Google (NASDAQ: GOOGL ) China, Kai-Fu Lee founded Sinovation Ventures in 2009. It manages more than $2 billion across seven funds in U.S. and Chinese currencies. It holds shares in more than 300 companies, most of which are in China. Its investments include autonomous driving company Momenta, consumer AI chip firm Horizon Robotics Inc. and bitcoin mining and AI chip company Bitmain Technologies Ltd.

In artificial intelligence, “we’re still at a very early stage in the commercialization,” Lee said. “We’re still at the equivalent of early internet portals, back when everybody was using Yahoo (NASDAQ: AABA ) and there wasn’t even a Google, Amazon (NASDAQ: AMZN ), or Facebook (NASDAQ: FB ).”

Global economic ructions, however, may present short-term challenges. Venture deals in China have been plummeting as investors pull back amid escalating trade tensions and slowing economic growth. The value of investments in the country tumbled 77% to $9.4 billion in the second quarter from a year earlier.

“In an economy that’s slowing down, everything slows, including venture capital. There will definitely be a shakeout,” Lee said. “The positive side is that if the economy is challenging, and valuations are down, it’s a good time for us to go shopping.”

Sinovation was one of the first Chinese venture capital firms with a presence in the U.S. With the trade war and the Trump administration’s tighter scrutiny of foreign investments, the firm has scaled back investments and no longer has an office in the U.S., Lee said, adding that investments in America have always been a small fraction of its overall investments.

“In the long term, it’s a pity if we have to cause a total separation of two countries because one could argue that AI got to where it got because the whole world has been able to work together.” 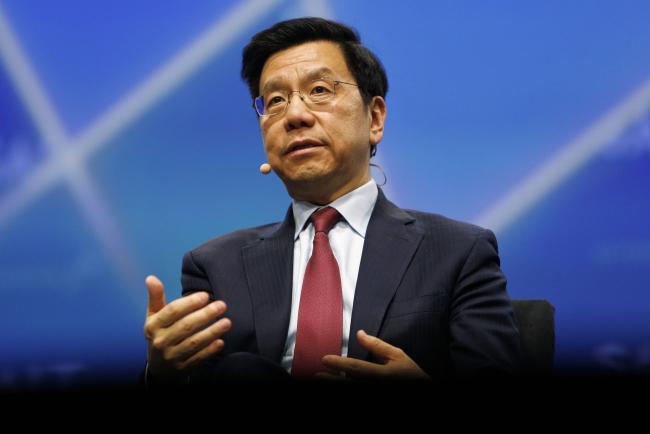