(Bloomberg) -- A weekly measure of consumer confidence rose last week to an almost five-month high as a rally in the stock market helped boost sentiment among wealthier Americans.

The Bloomberg Consumer Comfort Index advanced 0.8 point to 45.1 for the week ended Aug. 30, according to data released Thursday. The measure is up almost 10 points in the last three weeks among those making $100,000 or more, while it’s declined among those earning less than $50,000, highlighting a growing divergence in sentiment based on income.

A gauge of comfort in personal finances climbed to a six-week high, while a measure of the buying climate also reached its highest since early April. Views of the economy improved as well.

The latest data underscore the differing realities of low- and high-income workers during the pandemic-driven downturn. The S&P 500 Index topped its previous all-time high two weeks ago and has continued to climb in the days since, padding the savings of more-affluent Americans. Meanwhile, job losses have disproportionately impacted low-wage earners, and many of those individuals don’t have money invested in equities.

The economy is slowly coming back, but it has a long way to go. Less than half of the jobs lost in March and April have been recouped, and millions continue to rely on unemployment benefit payments. America’s food banks are overwhelmed by a surge in demand. Businesses are reopening, but companies continue to announce layoffs months into the pandemic, likely weighing on sentiment.

The data contrasts with the Conference Board’s monthly confidence measure published last week. The index fell in August to the lowest since 2014 as gauges of current conditions and expectations deteriorated. The University of Michigan’s confidence index did rise in August but came in below the reading two months earlier. 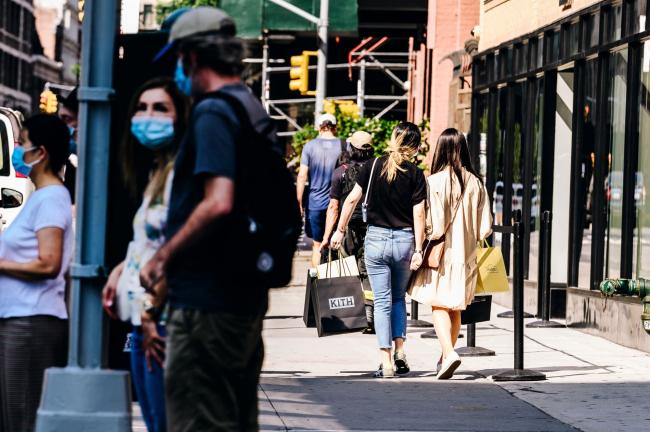