Two key industry associations on Tuesday called on the government to cut spending, improve ties with the European Union and bring to an end the spat with the U.S. over the detention of an American pastor who’s been accused of aiding a failed 2016 coup.

It’s part of a growing wave of discontent among businesses and bankers over the failure of policy makers to stem market turmoil that’s seen the lira lose more than a quarter of its value in less than two weeks. The currency rebounded as some bankers, too, increased pressure on the central bank to raise interest rates to contain the slide.

Policy makers need to adopt a series of measures “so that the situation doesn’t make permanent damage to the real economy," the Union of Chambers and Commodities Exchanges of Turkey and the Turkish Industry and business Association said in a joint statement. “Businesses are determined to provide support for success of the economy’s government program."

The lira strengthened 5.4 percent to 6.5339 per dollar by 11:55 a.m. in Istanbul on speculation the central bank will cede to pressure to hoist interest rates, one of the demands of the business groups. They also asked the government to chart out a clear plan to bring inflation -- which soared to a 15-year high of almost 16 percent in July -- back to single digits permanently.

While they are growing more critical, the underlying tone of warnings from businesses has so far been supportive of the government in principle, showing there are limits to how much Turkey’s billionaires are feeling emboldened to speak out after elections in June increased Erdogan’s grip on power.

“Something has to be done about interest rates,” Ali Fuat Erbil, chief executive officer of Turkiye Garanti Bankasi AS (OTC: TKGBY ), the country’s second-largest bank by market value, said in an interview aired by NTV. “Besides fiscal discipline, monetary tightening is the remedy. Is there need for that? Yes there is.” 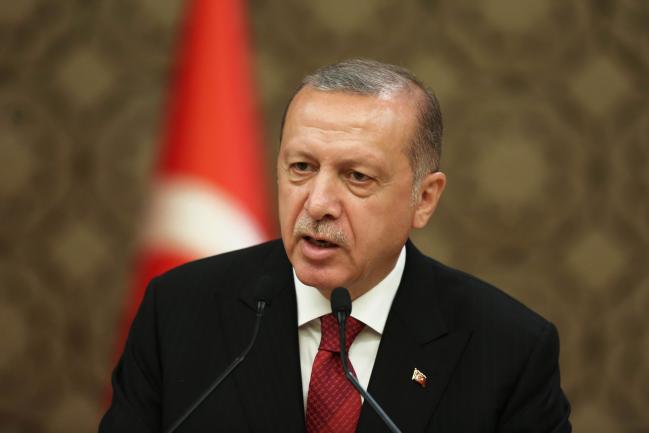