(Bloomberg) -- Glencore (LON: GLEN ) Plc reported its weakest trading profit in five years and missed analysts’ earnings estimates, even as the mining giant promised to increase its rewards to shareholders after a tough year.

The disappointing performance in the trading unit is a blow for Glencore, which has always said its traders can make money in any kind of market. The company touts the unit as a differentiator from other big miners, cushioning the ups and downs of the commodities cycle.

Still, Glencore’s shares rose with other miners in London after it announced a new $2 billion buyback program and said it plans to return another $1 billion after selling non-core assets over the course of this year. The commodities giant also pledged to cap coal production in response to investor pressure for action on climate change.

Glencore is coming off a tough year that included news of a U.S. corruption probe and being caught up in the fallout from U.S. sanctions on Russia. The company’s shares have underperformed rivals and the latest buyback follows $2 billion of repurchases announced last year.

Chief Executive Officer Ivan Glasenberg told investors last year that the company was focused on cutting debt and returning money to shareholders, with little of interest on the acquisition front. The CEO echoed those sentiments on Wednesday, saying there’s not much to do with Glencore’s cash other than buying back shares.

“Glencore remains in a strong financial position, but the sell-off in its shares relative to peers clearly leaves it feeling a little defensive,” BMO Capital Markets analyst Edward Sterck said in a note. “The share buyback reinforces this perspective and does seem like the most sensible option.”

Glencore’s trading earnings before interest and taxes dropped to $2.4 billion, down 17 percent from a year earlier, missing the company’s forecasts from just two months ago. The trading earnings before interest and taxes is the lowest since 2013. Glencore pointed to cobalt and alumina trades for the drop, but the marketing profit was weaker in many of its other key commodities, including a 25 percent drop in energy trading. Glencore is the world’s largest cobalt trader.

Glencore’s challenges in the Democratic Republic of Congo have also continued to pile up. The company took a $600 million writedown on its Mutanda mine in the country and will halve copper production at the operation this year, producing just 100,000 tons.

The company has been laying off workers at the site as it considers a plan to stop mining oxide ores. However, the decision comes after the country implemented a new mining code that raises taxes and royalties and as cobalt prices fall sharply.

Glasenberg said the company’s limits on coal production will tighten the market, which bodes well for prices. There’s very little new coal supply coming, but demand is still growing, the CEO said on a call after earnings.

(Updates with comments from CEO in sixth paragraph.) 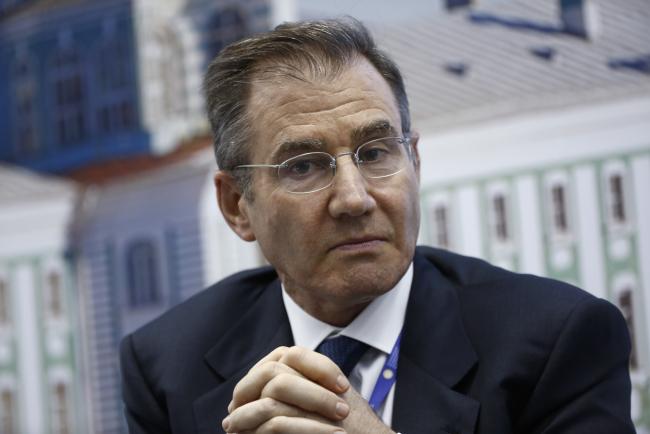