The board of directors of Panalpina, which had been fighting for its independence, recommended shareholders accept the mostly stock offer worth 196 Swiss francs a share, the companies said in an emailed statement on Monday.

The price represents a 43 percent premium from Jan. 15, the day before DSV’s initial proposal, and has the backing of investors holding 69.9 percent of registered shares including the Ernst Goehner Foundation, which owns 46 percent of Panalpina, according to the statement. Panalpina shares were indicated 16.6 percent higher in the pre-market.

The deal ends months of speculation about the future of Panalpina, which in mid-February announced talks with Agility for a logistics tie-up of its own in an effort to avoid being taken over by Denmark’s DSV. Panalpina minority shareholders, including Cevian Capital AB and Artisan Partners, went public with comments in favor of a DSV takeover, adding pressure on Panalpina’s management and the foundation. Both investors back the offer, the companies said Monday.

“We welcome the agreement between Panalpina and DSV,” Lars Forberg, managing partner at Cevian Capital, said in a separate statement. “We believe the combination has great industrial logic and will create one of the best companies in the logistics industry.”

DSV made a first unsolicited offer worth 17O Swiss francs a share before sweetening the bid to 180 Swiss francs per share, valuing the target at about 4.3 billion Swiss francs. After the deal, the Ernst Goehner foundation will become DSV’s top holder.

The takeover comes months after DSV walked away from another Swiss target, Ceva Logistics AG, after its offer worth $1.7 billion was rejected. DSV said at the time it would pursue other targets. Panalpina will help boost its air-cargo volumes and ocean-going containers operations, complementing the Danish group’s strength in road shipments.

The global freight-forwarding industry is coming under increasing pressure amid trade tensions between the U.S. and China. Leading players in the highly fragmented sector are also targeting bigger deals to tap new markets and add cutting edge processing systems to safeguard them from disruptive technology. 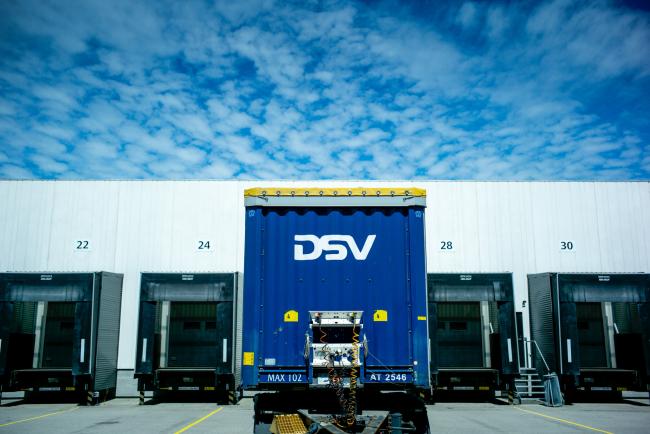