(Bloomberg) -- Once again, European banks tried hard in the latest earnings season, but ultimately failed to boost sentiment. Expectations were low and hence several lenders were able to post a beat, yet many banks warned of a challenging outlook as yields in Europe hit all-time lows.

Citigroup (NYSE: C ) notes that seven out of nine regional markets under their coverage were able to surpass estimates, with the strongest positive surprises from Spanish and Swiss lenders.

But the results were not enough to create a lasting positive impact overall as analysts pointed to low quality numbers driven by investment banking, which might not be sustainable, or lower provisions and other one-time effects.

Strategists at Deutsche Bank (DE: DBKGn ) say the past quarter’s pretax profit growth remained negative for a second time, representing a “significant inflection point” as the industry’s profitability seems to have peaked in 2018.

Revenue headwinds have accelerated since the ECB added a more dovish bias into its monetary policy outlook, while leaving the market waiting for any decision on tiering which would mitigate the effects of low rates on banks.

The outlook for net interest income and margins has deteriorated and Deutsche Bank’s analyst expects the rate pressure to intensify as forward-looking curves have significantly declined. Shaky markets also paint an unlikely scenario for investors to do a lot of trading or look for (high-fee) risky assets. The consequence: fees fell 6% from the previous quarter.

And the headwinds won’t stop with rates or fees as banks face the prospect of higher provisions as the trade spat’s marks on the global economy get bigger with the credit cycle at an advanced stage. After falling for eight consecutive periods, provisions rose in both quarters this year overall.

So it’s little wonder that the earnings consensus has dropped 7 percentage points for 2019 and another 10 points for 2020, according to Citigroup’s calculations. Hence bank shares are Europe’s worst-performing sector this year, with the SX7P down 10% YTD -- and they might struggle to change that. In the meantime, Euro Stoxx 50 futures are down 0.2% ahead of today’s open. 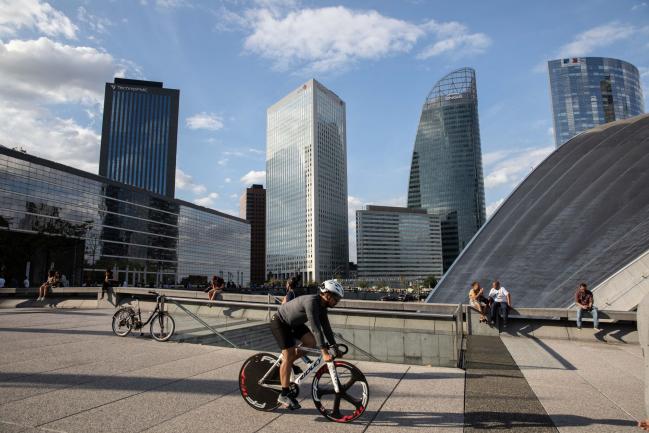