To make matters worse for the president, another analysis released Friday shortly after the inflation report showed that Biden’s Build Back Better plan would cost far more than Democrats say, if new and expanded programs are made permanent without new revenue.

“This is a one-two punch to Build Back Better,” South Carolina Republican Senator Lindsey Graham (NYSE: GHM ) said of the November consumer price index data and the Republican-requested report on the cost of making the Biden plan permanent.

Manchin, the Senate’s most conservative Democrat who has the power to crush Biden’s roughly $2 trillion agenda in a Senate divided 50-50 between Republicans and Democrats, has yet to comment on the reports but remains the key holdout on Biden’s bill. Manchin has said he wants to see the final text of the legislation Democratic leaders plan to bring to the floor.

Republicans who have been appealing to Manchin to sink the bill trumpeted the 6.8% annual gain in the consumer price index to buttress their argument that it’s time to rein in the government, not expand it.

“It is unthinkable that Senate Democrats would try to respond to this inflation report by ramming through another massive socialist spending package in a matter of days,” Senate Republican Leader Mitch McConnell said.

Democratic leaders like Speaker Nancy Pelosi counter that Build Back Better would reduce costs for middle-class families on some of their biggest bills.

“November’s inflation numbers only add urgency to passing the Build Back Better Act to lower the costs that weigh heaviest on working families’ budgets, from the price of child care to health care to prescription drugs and more,” she said.

Biden said in a statement that U.S. price increases slowed after the November CPI data, in particular for gasoline and cars. “Developments in the weeks after these data were collected last month show that price and cost increase are slowing, although not as quickly as we’d like,” he said.

Manchin has long argued that the Federal Reserve has printed too much money at a time of rising costs, and said Thursday night in a brief interview he’s still trying to set up another meeting with Fed Chair Jerome Powell to discuss Powell’s plans to rein in inflation.

Manchin has previously urged a pause on Biden’s tax and spending bill, and a much smaller price tag of $1.5 trillion over a decade. In recent weeks he has been negotiating with fellow Democrats on several issues, including energy and tax policy.

Manchin, whose home state of West Virginia was overwhelmingly won by President Donald Trump, has also complained that Democrats allowed Biden’s child tax credit and other measures to expire earlier to shrink the price tag. That would require a future Congress to decide whether, and how, to extend them.

The Congressional Budget Office on Friday produced an analysis at the request of Republicans showing that if benefit programs in the bill were extended without paying for them, then the bill would add $3 trillion in deficits over ten years. That compares to $200 billion in deficits added under CBO’s score of the bill as written.

“Joe Manchin has been wanting to know without gimmicks how much the bill costs,” Graham said. “We now know, more than double.”

Senate Majority Leader Chuck Schumer called the Republican-requested CBO report “fake scores based on mistruths” because it does not take into account Democrats’ commitment to ensuring any extensions of the bill’s benefits be fully offset. The White House has said Biden only supports making the benefits in his bill permanent if they are paid for.

The political consequences and financial fallout of a failure to pass Biden’s plan could be swift, with child tax credit payments of as much as $300-a-month per child running out this month. Finance Chairman Ron Wyden said Thursday he’s focused on passing the bill by December 28 to ensure those payments go out without delay in January.

Among Manchin’s concerns is the sizable federal deficit as well as growing red ink from entitlements like Medicare and Social Security. He has criticized proposals to expand and create other social programs like a paid family leave program until existing programs are made solvent for the long term.

Manchin and Senator Kyrsten Sinema of Arizona had earlier forced the package to shrink from $3.5 trillion. But rather than jettison major planks, Democrats over Manchin’s objections mostly phased out programs earlier, with the intention of extending them later.

Manchin and Republicans complained that doing so masked the true cost of the proposal if all of the programs were extended as the Biden administration wants, though Biden has said he would insist future extensions not add to the deficit.

Manchin has also pushed for work requirements and limiting who can get benefits and tax credits, though other Democrats have pushed back hard on both ideas. 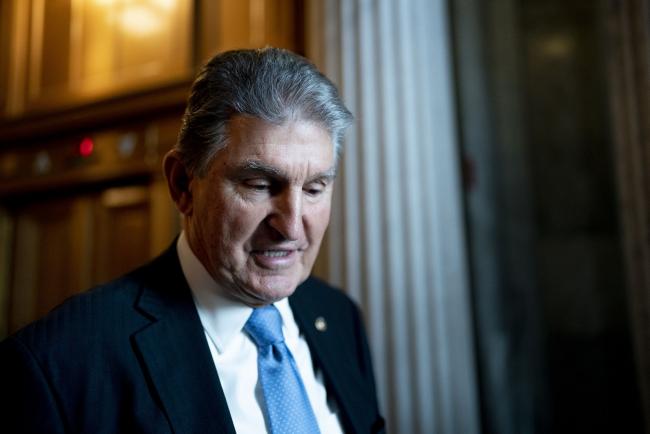