(Bloomberg) -- The pound reversed gains against the US dollar and UK bonds rallied after the Bank of England warned of a long recession and said its monetary policy path was not pre-set.

That took the shine off a widely expected 50 basis-point interest-rate hike for pound investors. The currency fell as much as 0.5% to $1.2084, having gained by that much before policy makers raised interest rates to 1.75%. Ten-year gilt yields dropped as much as eight basis points and part of the yield curve briefly inverted to reflect fears of an economic slowdown.

While delivering its biggest rate rise in nearly 30 years, the BOE suggested it could be less forceful in raising rates in the coming months. It warned the UK is heading for more than a year of recession under the weight of soaring inflation, leading traders to pile into gilts as a haven.

“Sterling will remain on the back foot against the dollar,” said Jane Foley, a currency strategist at Rabobank. “Currency markets have wanted to see more forceful guidance on interest-rate hikes.”

Many analysts expect sterling will struggle to gain since weakness in the UK economy is likely to keep the BOE on a slower track of rate rises compared with the Federal Reserve and other major central banks.

The pound has already clawed its way back from a two-year low of $1.1760 plumbed in mid-July, mostly thanks to a weaker dollar. It’s still slumped versus the greenback this year as traders factor in rampant inflation, political uncertainty and post-Brexit disruptions. 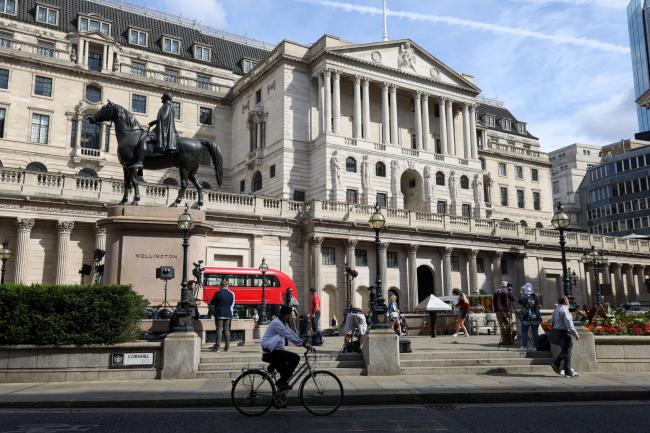