More than a quarter of jobs in the British fashion industry may be lost because of the fallout from pandemic-induced lockdowns, a study shows.

About 240,000 of the 890,000 people employed in fashion in the U.K. are predicted to lose their jobs, the British Fashion Council said in a statement Thursday, citing data from Oxford Economics. The figure increases to 350,000 if supply chain positions and other indirect roles are included, which is equivalent to 1% of the U.K.’s total workforce, according to the report.

“The Covid-19 recession could hit the fashion industry twice as hard compared to the U.K. overall,” the BFC said. “An entire generation of creative talent is threatened to disappear, putting in danger the U.K.’s position as the creative crucible of global fashion.”

Revenue generated by the industry will drop by more than a quarter to 88 billion pounds ($110.40 billion) this year from 118 billion pounds in 2019, the fashion council estimated. U.K. fashion house Burberry Group (OTC: BURBY ) Plc announced plans on Wednesday to eliminate 500 positions globally, including 150 in the U.K., after lockdowns caused revenue to plunge by almost half in the three months ended in June. That represents about 5% of the company’s total workforce.

The government should provide assistance by enabling lease renegotiations when landlords don’t act responsibly, and granting moratoriums on duties and tariffs, among other measures, the not-for-profit industry group said in the statement. 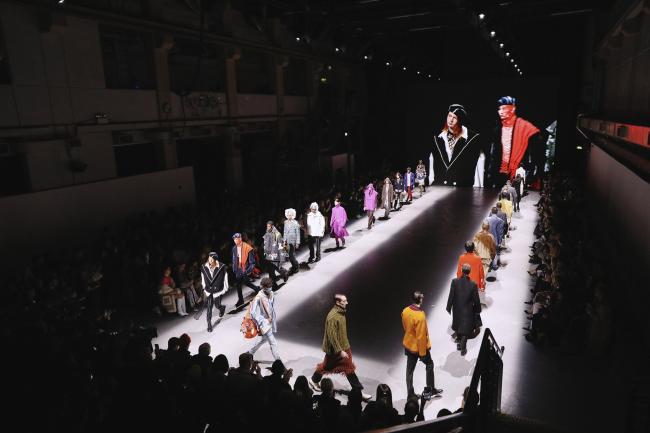