(Bloomberg) -- Oil pared gains late in the session as protests in Washington overtook the U.S. Capitol, overshadowing a draw in U.S. crude inventories and Saudi Arabia’s surprise pledge to unilaterally cut output in the next two months.

Futures eased off 10-month highs in choppy trading after the market settled Wednesday. Earlier, oil rose after a U.S. government report showed domestic crude stockpiles declined last week by the most since August and oil exports from Saudi Arabia plunged to zero for the first time in 35 years.

“This is as unsettling as it gets for capital markets and crude is right there with that,” said John Kilduff, a partner at Again Capital LLC. “When you have big gains in crude oil like you’ve had in the past couple weeks, that’s going to be one of the first things to go.”

Still, prices earlier got a lift when Saudi Arabia raised pricing for oil customers in Asia and the U.S. after its shock move on Tuesday to cut an extra 1 million barrels a day of oil production in February and March. The reduction, Energy Minister Prince Abdulaziz bin Salman said in a Bloomberg TV interview, was a “wonderful present and a wonderful surprise” for the oil industry. The cut will affect both domestic sales and exports, he said.

While the kingdom’s decision prompted a sharp rally across various areas of the oil market, Goldman Sachs Group Inc (NYSE: GS ). cautioned that the choice reflects expectations for weaker oil demand. Still, the move has spurred others to reevaluate their price outlook for this year and next, with Standard Chartered (OTC: SCBFF ) Plc raising its 2021 and 2022 average Brent forecasts by $7 a barrel each as “Saudi Arabia’s actions have significantly strengthened the floor for prices.”

Saudi Arabia is “returning to the swing producer role in order to keep the price of crude up, which means they are going to cede market share across the board to both OPEC and non-OPEC members,” said Bill O’Grady, executive vice president at Confluence Investment Management in St. Louis. “That’s very bullish until they stop.”

Beyond the tighter supply picture, oil and other petroleum products are expected to see outsized inflows when commodity indexes start their annual rebalancing later this week. Losses in crude prices last year have left the current weight of oil markets in the main commodity indexes much lower than target levels, Citi analysts including Aakash Doshi wrote in a report.

But keeping the reins on any further breakout higher, tighter measures to curb the spread of coronavirus remain a headwind to a recovery in fuel consumption. The EIA report showed gasoline demand on a pure week-over-week basis falling to its lowest since late May, spelling trouble for refining margins as a tighter global crude balance and straggling demand crimp profits for processing a barrel of oil.

“There were big builds to offset on the gasoline and distillate side, and implied demand was pretty weak,” said Matt Sallee, portfolio manager at Tortoise, a firm that manages roughly $8 billion in energy-related assets. But further out, “demand’s going to look significantly different in the back half of 2021. Maybe not back to normal, but not too far off 2019 levels.” 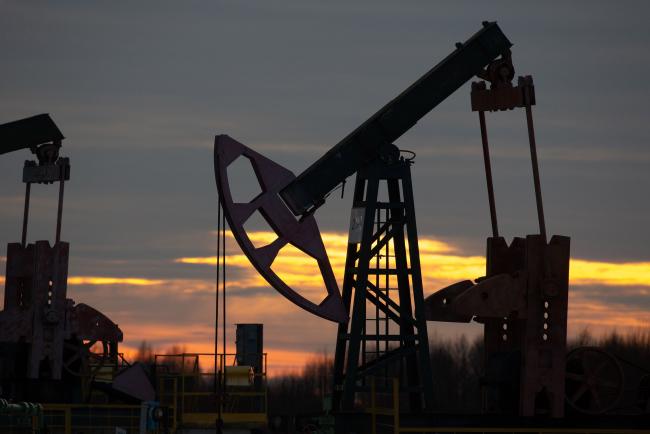