Futures in New York fell 1.6% on Tuesday in choppy trading. Prices rose above the Upper Bollinger band during the last three sessions, signaling a pullback was in store. Meanwhile, the U.S. government expects domestic crude production to rise as drillers take advantage of oil’s price recovery, with the Energy Information Administration boosting its domestic oil output forecasts for this year and next.

Crude’s rally “just kept pushing and pushing and pushing,” said Edward Moya, senior market analyst at Oanda Corp. “Then we had the OPEC surprise and the Saudi attack, triggering the last key surge where now a lot of the recovery and demand expectations due to the vaccines’ success has already been priced in.”

While a technical dip was expected in the short-term, OPEC+ output cuts are seen holding the market over until demand comes back in force. Standard Chartered (OTC: SCBFF ) Plc said the producer group’s supply restraint will likely even overtighten the market. Still, concerns remain over how much higher prices can go without destroying demand. India would prefer oil to be on the lower side in the range of $50 a barrel to $60 a barrel, according to Mukesh Kumar Surana, chairman of Hindustan Petroleum (NS: HPCL ) Corp., one of the nation’s biggest refiners.

Further price gains from output cuts “have pretty much run their course,” Doug King, RCMA Group Chairman, said in a Bloomberg Television interview. “You can tighten as much as you want, but if you destroy the refining margins and product demand isn’t there, then effectively you don’t really get much further up the chain.”

U.S. crude stockpiles rose by 12.8 million barrels last week, the American Petroleum Institute was said to report. Still, prices were little changed from where they settled on Tuesday, with the report showing an 8.5-million-barrel decline in gasoline inventories and a drawdown in distillate supplies. The U.S. government will release its storage tally on Wednesday.

In the U.S. shale patch, Chevron Corp. (NYSE: CVX ) plans to ramp up investment in the Permian Basin through 2025, reversing the pandemic-driven production decline, the company said in an investor presentation Tuesday. In its monthly short-term outlook report, the U.S. Energy Information Administration raised its domestic oil production forecast to average over 12 million barrels a day in 2022, growing faster than previously expected.

The EIA outlook also said crude prices should decline next year, with “global oil supply surpassing oil demand during the second half of 2021.” While the agency raised its Brent price forecast to $58.51 a barrel in 2022, it sees the benchmark falling from a 2021 average of $60.67 a barrel.

“The concern is, the more OPEC maintains these cuts and allows prices to rise, at what point is that problematic?” said Rob Haworth, senior investment strategist at U.S. Bank Wealth Management. “Eventually, we’ve seen that gives rise to shale producers coming back on some time horizon.”

Meanwhile, heavy maintenance work on North Sea oil fields is helping erode the flow of crude to Asia from some suppliers in the Atlantic basin as a key price spread between the two region balloons. North Sea supplies will be significantly constrained throughout the second quarter by routine maintenance programs. 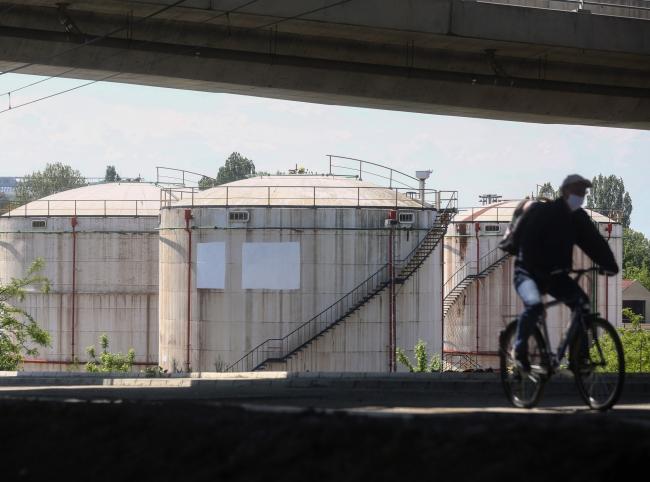