(Bloomberg) -- Gathering restrictions will be imposed in Melbourne as authorities race to clamp down a small cluster of Covid-19 cases in Australia’s second-most-populous city.

Private gatherings in homes will be limited to five visitors per day from 6 p.m. Melbourne time on Tuesday, while public gatherings will be restricted to 30 people, Acting Premier James Merlino told reporters in Melbourne. Masks will be mandatory when indoors in public spaces for people aged 12 and older, including in workplaces.

Authorities said on Tuesday they had identified 1 more case of community transmission since Monday, when 4 cases were found in the city’s northern suburbs. Genome sequencing has confirmed the cases are linked to a leak from a hotel used for quarantine in South Australia state earlier this month, Merlino said.

Australia has been successful in controlling the virus through rigorous testing and contact tracing and by closing its international border to non-residents -- other than a new travel bubble with New Zealand. But cases have sometimes leaked into the community from hotels where returned overseas travelers have to quarantine for 14 days.

Prime Minister Scott Morrison’s government is under pressure to speed up the pace of the vaccine rollout. About 3.6 million people in the nation of 26 million have received their first jab. 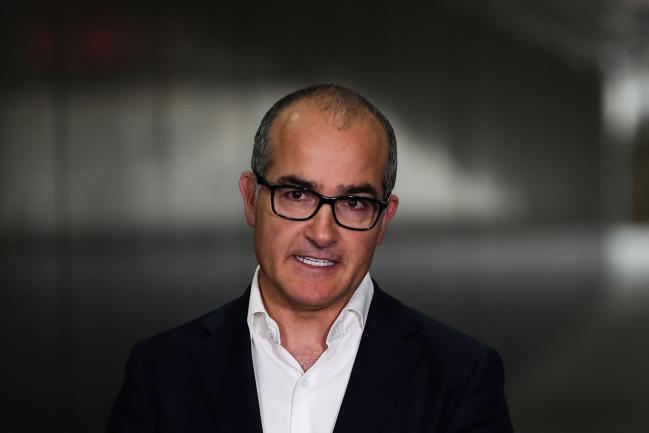