A gauge of implied stock volatility surged after the announcement and the S&P BSE Sensex slipped 0.8% to 39,166.6 at 1:02 p.m. The measure’s 19% gain since June hasn’t been bettered since the six-month streak through August 2016 and the net $6.4 billion of India stocks bought by foreigners this month is set for the biggest monthly purchase in a decade. The NSE Nifty 50 Index fell 0.6%.

“Investors had put the geo-political tensions on the back burner, and it is now back into focus,” said Sameer Kalra, a strategist at Mumbai-based Target (NYSE: TGT ) Investing. “Markets will be closely watching for signs of escalation.”

The latest military skirmish -- on Saturday -- follows a stand-off along the contested Himalayan border since May. Both India and China have moved thousands of troops, tanks, artillery guns and fighter jets close to the area.

The declines on the Sensex and Nifty were limited by gains in Reliance Industries Ltd (NS: RELI )., the nation’s most-valuable company. The stock climbed 0.8% and gave both gauges their biggest boost after the company said it will buy Future Group units to bolster its retail business.

India’s two main equity indexes are closing in on record high levels touched in January after rebounding from a coronavirus-induced sell off in March even as the nation faces its worst ever quarterly contraction in gross domestic product due to disruptions caused by lockdowns. The economic scorecard is scheduled after markets close today.

Listen: Under the Hood of India’s Record Contraction: Podcast

Along with the economic malaise, coronavirus infections continue to soar, with the South Asian nation reaching a global record for daily cases. Still, almost two-thirds of Nifty 50 index-members that have reported quarterly earnings this season have posted results that met or exceeded analyst estimates. The three remaining companies yet to report have until Sept. 15 to file their statements.

(Corrects to say the Sensex was on course to cap its longest run of monthly gains since December in the lead; also corrects the length of the streak to six months in 2016 in second paragraph) 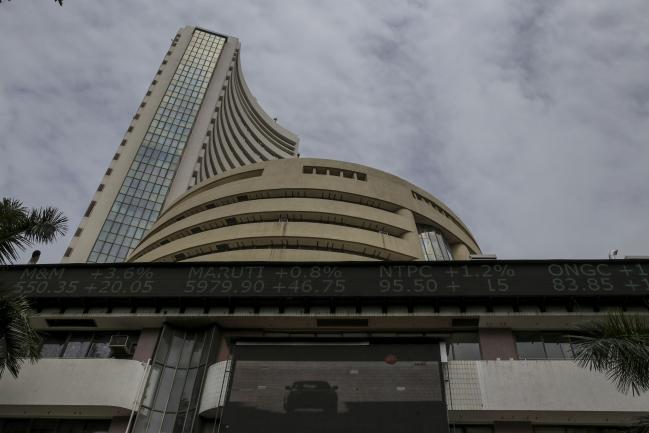