(Bloomberg) -- The U.K. is poised to ban Huawei Technologies Co. from its next generation mobile networks under a two-step plan designed to protect critical communication systems from potential security threats, a person familiar with the matter said.

Under the blueprint, British phone companies will not be able to add any new Huawei components to their 5G networks by the end of the year. After that, all existing equipment made by the Shenzhen-based company would need to be removed from 5G networks by 2027, the person said.

Prime Minister Boris Johnson, his senior ministers and top security chiefs are due to be presented with the proposal at a meeting of the National Security Council on Tuesday, with an announcement expected later in the House of Commons.

If the plan is agreed at that meeting , it would mark a major reversal by Johnson, and risk escalating tensions between the U.K. and China at a highly sensitive time.

Johnson gave the green light to Huawei’s involvement in emerging mobile networks in January, subject to limits, but he came under pressure from U.S. President Donald Trump to change course. Recent additional U.S. sanctions on the company have changed the calculus in London.

In May the U.S. banned Huawei from sourcing microchips which use American technology, a move that forced British officials to reassess their view of the security and sustainability of using the company’s equipment in 5G networks.

The prevalence of chips that are made with or incorporate U.S. technology caused New Street Research analyst Pierre Ferragu to declare in May that “Huawei has 12 months left to live.”

At the same time, Johnson has faced demands from within his own Conservative Party to take a tougher line with Beijing. Senior Tories demanded the premier should give firm deadlines for when Huawei will be blocked from Britain, amid concerns its equipment could be used by Chinese spies -- a charge the company denies. 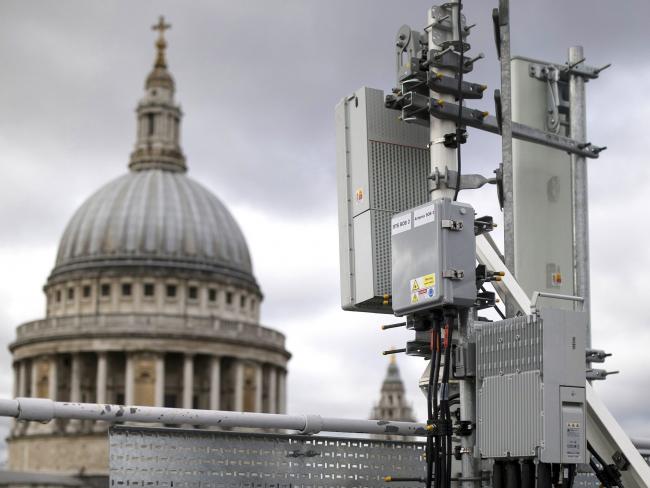