(Bloomberg) -- The Hong Kong Monetary Authority increased its base rate by 75 basis points to 2.75% on Thursday after the Federal Reserve raised interest rates.

The HKMA moves in lockstep with the Fed, given the Hong Kong dollar’s peg to the greenback.

Economists expect the banks will lift their rates this year, some by as much as 100 basis points. That would be the first time in four years that Hong Kong banks have done so.

A rise in prime rates would increase borrowing costs for companies and individuals at a time when Hong Kong’s Covid restrictions continue to weigh on the economy and hurt employment.

The Fed’s hawkish path this year, which has pushed the HKMA to raise rates even as the city’s economy struggles, has also fueled debate about the effectiveness of the linked exchange rate system. 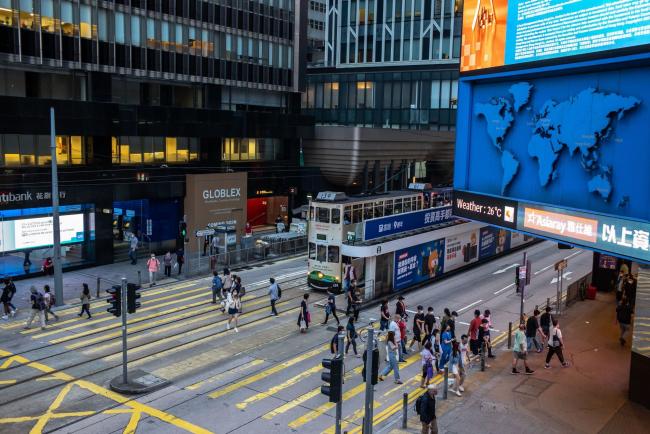