(Bloomberg) -- The risks across emerging markets would be enough to occupy the minds of traders even in a normal week -- from debt sustainability and increased fiscal pressures to rising Covid-19 infection rates and geopolitical tensions.

But none of these will come close to capturing their attention as much as the result and aftermath of Tuesday’s U.S. election and what it means for global risk appetite.

Gauges of developing-nation stocks, currencies and local bonds had their worst weekly performance in more than a month in the five days through Friday as concerns over an unclear or contested outcome grew amid a surge in Covid-19 infections and record early voting. Investors have already positioned for a Democratic sweep of both the White House and Congress which will allow them to pass significant fiscal stimulus, lifting developing-nation currencies to a fifth month of gains in October, the best streak since 2017.

“As general nervousness levels rise -- absent a blue wave or Democratic sweep -- the prospect of a contested election is real,” said Ehsan Khoman, the head of Middle Eastern research at MUFG Bank in Dubai. “Such an outcome, which is far from a tail risk and, critically, how to hedge against this prospect, is top of the mind for emerging-market investors.”

For some bulls though, any pullback in the market would offer a buying opportunity as they wager on an economic recovery and the prospect of a Covid-19 vaccine next year.

“The U.S. election is obviously a big event risk, but irrespective of the outcome, global fiscal taps are wide open and a Covid vaccine is not far,” said Nader Naeimi, head of dynamic markets at AMP (OTC: AMLTF ) Capital Investors Ltd. in Sydney. “Further weakness in emerging-market stocks is likely, but that will be a once-in-a-generation opportunity to get on board the markets and sectors that have been left behind.”

Investors will also turn to central-bank decisions this week for clues on the next phase. The Federal Reserve is widely expected to hold fire on any additional stimulus measures in the midst of the election. Elsewhere, central banks in Malaysia, Poland and the Czech Republic will also decide on policy. 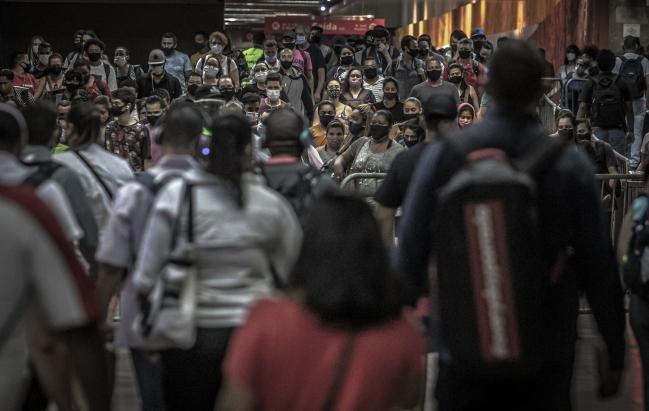