(Bloomberg) -- Bond traders better not be tired of handicapping who President Donald Trump will nominate to be the next Federal Reserve chair, because it could be a major driver of profits or losses in coming days.

The choice between Stanford University economist John Taylor and Fed Board Governor Jerome Powell has the potential to jolt the bond market in a year defined by low volatility and a tug-of-war between bulls and bears that’s kept yields in a tight range. Powell, considered the Republican Party’s alternative to renominating Janet Yellen, leads on betting website PredictIt. In a twist on Friday, traders were left to ponder a partnership atop the world’s most influential central bank: Trump told Fox Business News that pairing them at the Fed is a possibility.

For the 10-year Treasury yield , Powell could spark a five basis point drop, while Taylor would cause a 10 basis point leap, according to Priya Misra at TD Securities. The yield curve from two to 10 years may flatten by 20 basis points in short order with a Taylor nomination, said Michael Schumacher at Wells Fargo (NYSE: WFC ) Securities. Currency traders are on edge too: The dollar could gain as much as 3 percent with a Taylor pick, while sinking 0.5 percent under Powell, said Steven Englander at Rafiki Capital Management.

Altogether, bond and currency traders are scratching their heads as they prepare for the decision between the candidates that Trump’s advisers are reportedly steering him toward. An announcement is expected within two weeks. Some are already adding options positions referred to as “Taylor puts” to hedge against the prospect of a sharp rise in short-term rates.

Listening to Wall Street strategists, it’s clear that the markets are poised to move in very different directions depending on the pick. And that matters with the 10-year yield near 2.4 percent, which Bill Gross at Janus Henderson Group has said would signal the start of a bear market.

Analysts expect Powell to maintain many of the policies the Fed has pursued under Yellen’s leadership. By contrast, Taylor’s eponymous rule calls for a fed funds rate above the current 1.16 percent effective rate.

Complicating things further, the Senate’s narrow approval of a budget vehicle for tax cuts, Trump’s top legislative priority, drove 10-year yields to their highest close since July. The yield curve from two to 10 years steepened, the opposite of what’s expected with a Taylor win.

There’s a lot riding on the pick, including for Trump. He has consistently pointed to U.S. stocks reaching record highs under his administration. With higher rates, Taylor could bring that to a halt. An Evercore ISI survey of investors tags him as the worst candidate for equities. On the other hand, some conservatives have concerns about Powell, an appointee of former President Barack Obama.

That’s not to say traders are ready to completely rule out Yellen. A report that she was back at the White House on Friday sent 10-year Treasury yields briefly lower, before market participants realized it was for a routine meeting.

Trump told Fox that he likes Yellen “a lot,” and said he has “three people that I’m looking at.”

To hammer home just how conflicted the bond market is, consider that two longtime titans of bond trading are on opposite sidelines. 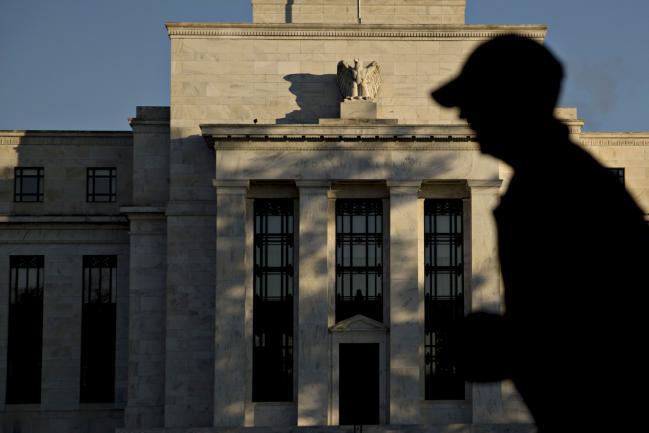 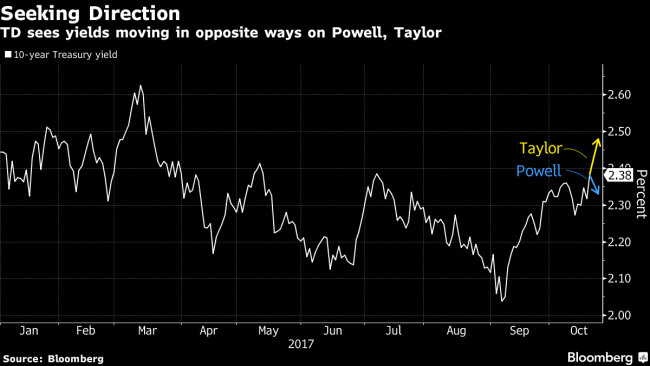 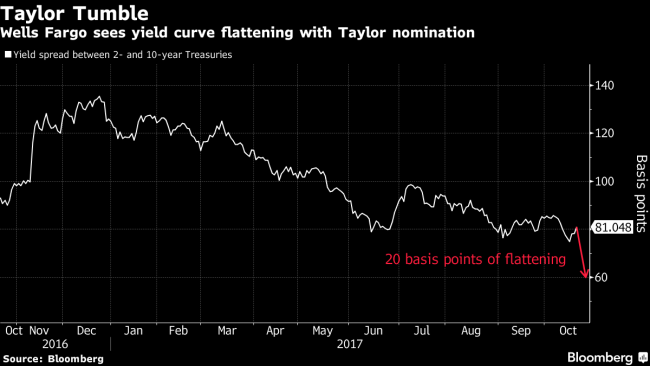