(Bloomberg) -- The European Union is bracing for President Donald Trump to open another front in his confrontation with the bloc, as the EU’s top negotiator prepares for the U.S. to impose either tariffs or quotas on metals imports from America’s closest allies.

Trump slapped 25 percent tariffs on imported steel and 10 percent on aluminum in March, but granted a reprieve to the EU, Canada and Mexico until June 1 for further talks to take place. EU Trade Commissioner Cecilia Malmstrom met with U.S. Commerce Secretary Wilbur Ross in Paris on Wednesday in a last-ditch attempt to reach a compromise.

Fears of a global trade war are mounting as the Trump administration also considers tariffs on U.S. auto imports and duties on $50 billion in Chinese imports. The International Monetary Fund has warned that a wave of protectionist forces are the biggest risk to the global economic outlook.

Malmstrom has said that she doesn’t think the EU will get a full reprieve from tariffs or quotas. “Hopefully we will be able to have a positive agenda with the U.S. side, with no tariffs or quotas,” she told the EU Parliament on Tuesday, a message she reiterated after her meeting with Ross. “Realistically, however, we do not think we can hope for that.”

Discussions may continue on Thursday, with trade ministers meeting in Paris for a World Trade Organization gathering. Canadian Trade Minister Francois-Philippe Champagne said in an interview on Thursday that any duties on his country would be “unacceptable” and that they would work until the final deadline to find a solution.

“A full exemption -- we are going to seek that until the last minute,” Champagne said in an interview in the French capital, adding that tariffs would create consequences on both sides with respect to consumer prices and the supply chain. “Obviously, we would respond to protect our workers and our industries, like people would expect us to do.”

U.S officials have been floating three different scenarios over the past four weeks, according to EU diplomats familiar with the negotiations:

If the tariffs do take effect, the EU has said it will lodge a complaint with the WTO and impose retaliatory tariffs on 2.8 billion euros ($3.3 billion) of American imports as soon as June 20. Malmstrom said the details of the U.S. decision will guide the EU’s response.

The steel entanglement comes after the U.S. withdrew from the Iran nuclear deal and the Paris climate accord. Tensions are also escalating between the U.S. and China. The White House said on Tuesday it’s moving ahead with tariffs on $50 billion of Chinese imports despite a recent trade truce.

Canada and Mexico have also been pushing for full exemptions. Canadian Foreign Minister Chrystia Freeland on Wednesday said the country would respond “appropriately” to any tariffs. Canada is the biggest supplier of steel and aluminum to the U.S.

Ross criticized the EU decision not to discuss trade matters with the U.S. until the tariff dispute was resolved, or as French President Emmanuel Macron described it: “while there’s a gun pointed at our head.”

“There can be negotiations with or without tariffs in place -- God knows there are plenty of tariffs the EU has in place on us so it’s not that you can’t talk just because there are tariffs,” Ross said. China, which had levies imposed on it in March, “has not used that as an excuse not to negotiate,” Ross said. “It’s only the EU that’s insisting we can’t negotiate if there are tariffs.” 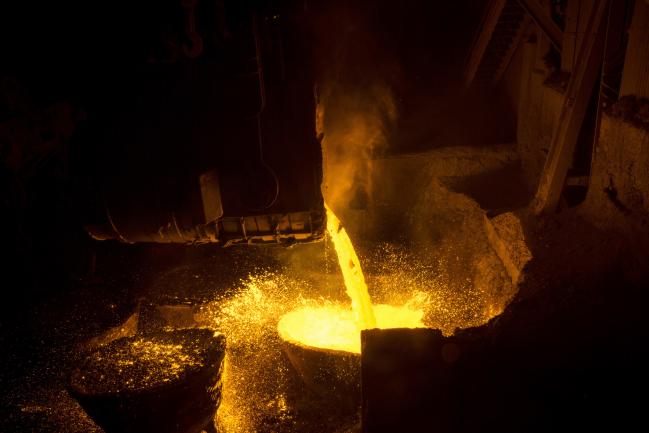