(Bloomberg) -- Copper rose toward a record as the potential for tighter regulation and higher taxes in Chile fuel concerns about the long-term supply outlook. Zinc jumped amid speculation about disruptions to Chinese output.

The world’s biggest copper producer just elected an assembly that places the writing of a new constitution largely in the hands of the left wing. The makeup is likely to leave miners facing tougher rules around the environment and mineral rights, and it could add momentum to a bill that would create one of the heaviest tax burdens in the global industry. In Peru, the leading presidential candidate wants to impose a tax on copper sales.

That’s adding to concerns about tight supply at the same time demand surges. More immediately, the threat of labor disruptions continues to hang over the market after BHP Group (NYSE: BHP ) requested a mediation process to avert a strike at a remote operations center in Santiago that serves Escondida and Spence copper mines.

Copper had stumbled with other industrial materials after climbing to a record last week as China stepped up efforts to cool the commodities surge that’s fanning fears of global inflation. Citigroup Inc (NYSE: C ). recommended buying on the dips as Beijing could “easily run out of options” to contain costs without making a U-turn in the ongoing domestic production crackdowns for environmental, energy and safety control purposes.

“We do not foresee such a U-turn any time soon given the strategic priority of these agendas,” analysts including Tracy Liao, wrote in a note. The country’s measures to rein in prices appear “temporary,” with a potential exhaustion of policy options likely resulting in another round of commodity price rallies, fueled by solid end-use global demand and continued domestic supply curbs in some commodities, they wrote.

Zinc surged to the highest since 2018 amid speculation that smelters in China’s Yunnan province are reducing output due to a power shortage, according to Li Wenchang, an analyst with researcher Mysteel. Major smelters were asked to cut power consumption by 10%, which may lead to about 10% of refined zinc capacity being cut, according to estimate from Beijing Antaike Information Development Co.

Yunnan’s monthly refined zinc output was about 75,000 tons, according to Antaike. China’s monthly output is around 600,000 tons. The Yunnan provincial development and reform commission didn’t immediately respond to a fax seeking comment. 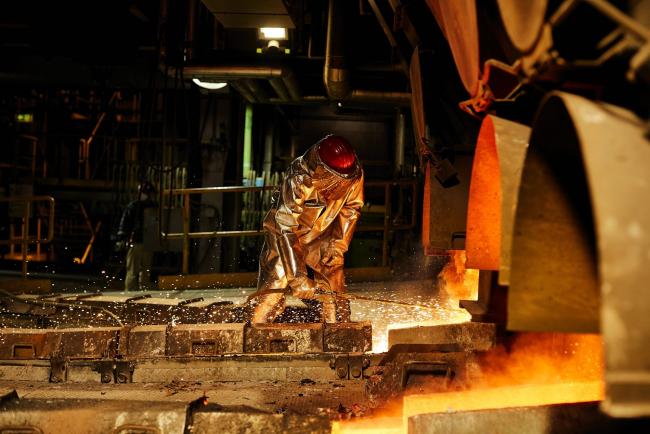