(Bloomberg) -- Congressional leaders reached a deal on roughly $900 billion spending package to bolster the U.S. economy amid the continued spread of the coronavirus, giving lawmakers a short timetable to review and pass what would be one of the biggest economic-rescue measures in the nation’s history.

Senate Majority Leader Mitch McConnell, House Speaker Nancy Pelosi and Senate Democratic leader Chuck Schumer announced the accord Sunday. The legislative text was still being written, but the House was expected to vote on it Monday followed by the Senate.

The plan would provide direct payments of $600 to most Americans and $300-per-week in enhanced unemployment benefits through March, according to lawmakers and aides. Expiring programs for gig workers and the long-term unemployed also would continue.

There would be $284 billion for the Paycheck Protection Program that provides forgivable loans to small businesses. The package includes money for transportation -- including airlines -- vaccine distribution and education.

Negotiators couldn’t bridge partisan differences over a liability shield for companies and aid for state and local governments and left those out. A last-minute dispute over the Federal Reserve’s emergency lending authority threatened to derail an agreement until a compromise late Saturday cleared the way for the broader deal.

The agreement came together after multiple rounds of negotiations over the past week among Pelosi, Schumer, McConnell and House Republican leader Kevin McCarthy. Treasury Secretary Steven Mnuchin also took part in the talks.

The relief plan will be attached to a $1.4 trillion bill that would fund the federal government through the end of the fiscal year on Sept. 30, 2021. The haggling over the relief package forced Congress to twice pass temporary funding for government operations. The current stopgap expires at midnight Sunday and lawmakers plan to pass another one-day extension to give time for votes on Monday.

”At long last we have the bipartisan breakthrough,” McConnell said on the Senate floor. Pelosi and Schumer said in a statement that legislation “delivers urgently needed funds to save the lives and livelihoods of the American people as the virus accelerates.”

The deal came about after a long standoff that followed passage in March of the largest in a series of pandemic relief packages, a $1.8 trillion mix of spending and tax breaks that represented the biggest such measure in U.S. history. Since then, the economy has struggled to fully recover and another round of lockdowns is threatening to put millions of jobs at risk as deaths from the novel coronavirus rise above 300,000.

Pelosi and the Trump administration were close to a $2 trillion deal before the Nov. 3 election -- which Senate Republicans never fully embraced -- and the final agreement is less than half that.

While the agreement would represent a substantial infusion of aid, it also will put immediate pressure on the incoming Biden administration to spell out the next steps and then wrangle it through Congress.

President-elect Joe Biden last week called the emerging deal an “important down payment on what’s going to have to be done at the end of January, the beginning of February.”McConnell has said he expects another relief proposal from Biden, but he hasn’t backed away from his opposition to direct aid to states and localities or his insistence that employers be protected from Covid-19-related lawsuits. That signals the fight over any new round won’t be any less contentious.The accord comes as the economy is showing signs of deterioration.Some 7.8 million Americans have fallen into poverty since June as benefits from the previous covid relief package lapsed, according to an analysis of ongoing Census data by economists at the University of Chicago and University of Notre Dame.

The 2.4 percentage point rise in the estimated U.S. poverty rate through November is nearly double the largest annual increase since the 1960s, the economists said. The increase in poverty has been sharpest in states with more limited unemployment insurance benefits.

Separately, a government report last week showed U.S. retail sales tumbled much more than expected in November, while the latest weekly jobless claims figure jumped to the highest level in three months. Payrolls might even contract in December, said Michael Feroli, chief U.S. economist at JPMorgan Chase & Co. (NYSE: JPM ) The relief package “should be very helpful for the economy,” he said on Bloomberg TV.

“Nine hundred billion is a large number,” Feroli said. “You’re talking about a 2% to 3% boost to GDP” over time, he estimated.

The package also has implications for the still-unsettled contest for control of the Senate. McConnell told GOP senators on a private call Wednesday that passage will help Republican Senators David Perdue and Kelly Loeffler, who face Jan. 5 runoffs, according to a person familiar with the conversation.

Democrats would gain control of the Senate if both lose. McConnell specifically mentioned that their Democratic opponents, Jon Ossoff and Raphael Warnock, were using the delay in getting a deal and additional stimulus payments as attack lines in their campaigns. 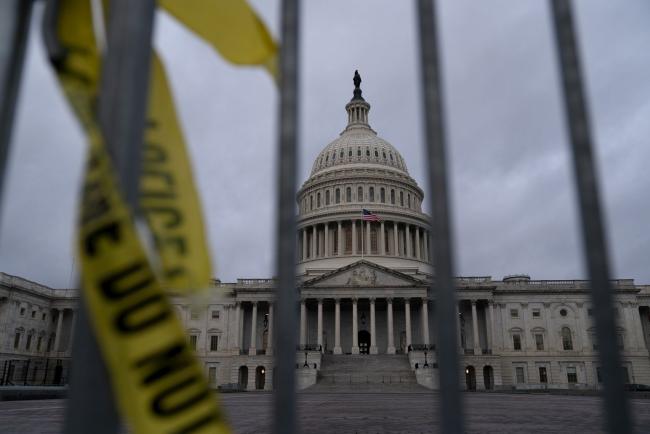