(Bloomberg) -- A decades-long spat with the U.S. over lumber is starting to burn Canadian producers.

While the first half of 2018 was marked by record prices, the picture’s now less rosy. Prices have plunged 47 percent from their highs in May, and could fall another 15 percent this year amid tepid housing starts in the U.S. Meanwhile, Canadian producers are paying average tariffs of more than 20 percent tariffs on timber shipments to the U.S., their biggest customer.

The result: Interfor Corp (TO: IFP ) slashed output by 20 percent at its sawmills in British Columbia in the fourth quarter, Canfor Corp . (TO: CFP ) curtailed output by about 10 percent and West Fraser Timber Co. (TO: WFT ). said it will permanently shut 300 million board feet of capacity at two sawmills. Analysts say more cuts could be ahead.

“The bite is significant,” said Susan Yurkovich, chief executive officer of the B.C. Council of Forest Industries, a Vancouver-based industry group. “When you’re in a very low price environment and you’re paying duties you get to a point where you can’t continue to operate.”

While disputes over softwood lumber have caused intermittent friction between the two nations for years, the spat was reignited in 2016 when the U.S. lumber industry filed a petition asking for duties, arguing that Canadian wood is heavily subsidized and that imports from there were harming U.S. mills and workers. In 2017, the Trump administration obliged.

Concerns that the growing friction between the two countries could end up limiting supplies sent prices surging and, in early 2018, lumber became among the best performing commodities. Since then, demand dropped significantly, sending prices in October to the lowest in more than two years.

Why the U.S. and Canada Are Fighting About Lumber: QuickTake Q&A

“This has become a little bit more important for Canadian producers because now the tariffs are having a real financial bite,” said Kevin Mason, managing director of Vancouver-based ERA Forest Products Research, noting he expects fourth-quarter earnings for the Canadian producers to be ugly.

“They’re trying to keep communication lines open, but from a priority perspective it’s fallen down the list," Mason said. “The U.S. is otherwise engaged with the big China thing.”

While Canadian officials are prepared to engage the U.S. on talks at any time, the softwood file has remained on the back burner amid last year’s Nafta negotiations and now as the U.S. trade talks are focused on China, the B.C. Council’s Yurkovich said.

Canada has launched dispute proceedings through the World Trade Organization and hearings will be held at the end of February in Geneva. Still, these trade cases take a long time to be heard by dispute bodies and cost the industry “an insane amount” to fight while the U.S. producers reap the benefits of not paying duties, she said.

So far, Canada hasn’t responded by exporting more to other destinations, such as China, Mason said. The ongoing U.S.-China trade war has also weighed on offshore trading in China and on producers that are not regular shippers have had to offer larger discounts to generate interest, CIBC analyst Hamir Patel said in a Jan. 4 note.

“It’s sort of a market that is unsustainably low,” Mason said by telephone. “At some point you’re going to want to stop losing money and we’ll see more downtime unless prices migrate higher.” 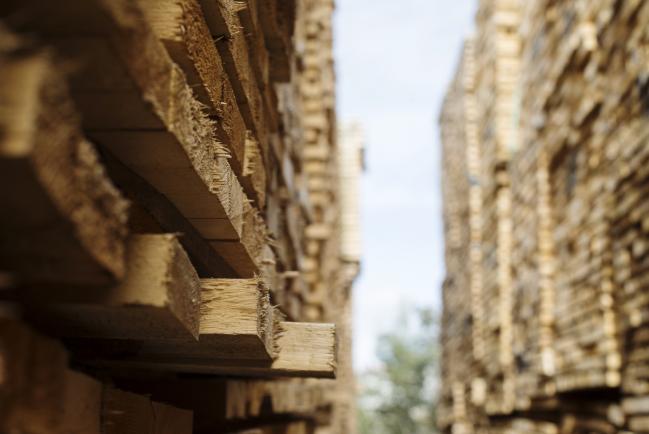