(Bloomberg) -- China is marketing a dollar bond sale in Hong Kong for the fifth straight year, even as strains emerge in the credit market amid deepening concerns over the financial health of the country’s property developers.

The Ministry of Finance said Sept. 30 it would sell a combined $4 billion of dollar bonds through a 4-tranche deal, less than last year’s $6 billion sale. A person familiar with the matter said Tuesday that initial price guidance is as follows, with premiums over Treasuries lower than the initial indications on last year’s deal:

The debt offering will be a test of investor sentiment at a time when China-specific risks have flared. A regulatory clampdown on the nation’s real estate sector and a debt crisis at major developer China Evergrande Group future have sent shock waves through the country’s credit markets.

Yields on dollar junk bonds recently soared to their highest in a decade at 20%, according to a Bloomberg index, as investors price in increasing default risk for some Chinese borrowers. Still, demand has historically been strong for China’s sovereign debt offerings, which carry investment-grade ratings. And a flood of cash from central banks since the pandemic has cut financing costs for many borrowers around the world.

China made a comeback to the dollar bond market in 2017 after a 13-year hiatus. It’s since been an annual visitor and met with strong demand. It sold a combined $17 billion of the debt through 2020, as well as 8 billion euros ($9.3 billion) of bonds in that currency since 2019.

This year’s sale continues its reach to institutional U.S. investors. The Ministry of Finance broadened the breadth of potential buyers last year with China’s debut issuance of so-called 144A notes.

There was no immediate reply from the ministry to a fax from Bloomberg News seeking comments on the bond offering. 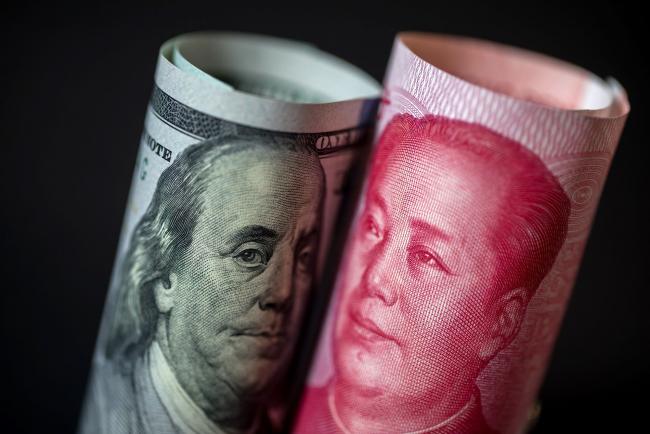