(Bloomberg) -- California cities and the state could see their annual pension bills rise as much as 12% because high inflation will lead to cost-of-living adjustments for retirees and pay increases for current public employees.

Required contributions may increase 1% to 8% of payroll over the next five years for civil service employees and 2% to 12% for public safety workers, depending on how long high inflation lasts and how quickly the Federal Reserve returns to an inflation target of around 2%, according to the California Public Employees’ Retirement System’s annual review of funding levels and risk.

“Recent and current increases in the Consumer Price Index are expected to have a material impact on the pension liabilities in future actuarial valuation reports,” the system said in the review released Friday.

States and cities are facing higher pension costs as rising interest rates hammer both stocks and bonds. US public pensions suffered their biggest losses in more than a decade last fiscal year. Further, the possibility of an economic recession is adding to a concern about local governments’ ability to afford annual required pension payments.

In September, New York State Comptroller Tom DiNapoli said pension bills for the state and local governments outside New York City would increase as investment returns slip and inflation leads to higher cost-of-living adjustments or COLA’s. Next fiscal year, average contribution rates will rise to 13.1% from 11.6% of payroll for civil employees and to 27.8% from 27% for police officers and firefighters.

Meanwhile, New York City is estimating annual pension contribution will rise by about $6 billion over the next three fiscal years, contributing to widening budget gaps. The city’s pension funds lost 8.65% in the fiscal year ending June 30.

U.S. public pensions have an average assumed rate of return of about 7%. Calpers, with about $420 billion assets, assumes a 6.8% long-term rate. When returns lag, taxpayers have to make up the difference.

Calpers lost 6.1% for the 12-month period ending June 30, its worst performance since 2009, as stocks and bonds fell in tandem. The pension’s funding ratio declined to an estimated 72% from 81.2%.

Unprecedented federal stimulus in the wake of the Covid-19 pandemic, supply chain disruptions, a tight labor market and high gas prices resulting from Russia’s invasion of Ukraine has led to the highest inflation since the 1970s. In response, the Federal Reserve has raised interest rates aggressively to slow the economy.

In September, the core consumer price index, which excludes food and energy, increased 6.6% from a year ago, the highest level since 1982. October’s US inflation reading is due Thursday.

Calpers retirees are entitled to cost of living adjustments, and will receive higher benefits while inflation persists. However, pensions, including Calpers, limit the adjustment. Calpers limits COLAs to a maximum of 2% compounded annually for most state retirees and school retirees. However, public agencies can contract for a 3%, 4%, or 5% adjustment, according to the pension.

Just over a third of major state and local public pension provide CPI-linked COLA’s to current retirees, according to the Center for Retirement Research. Limits to COLA’s can mute the impact of rising inflation, the Center said in an August report.

While COLA’s are calculated annually, pay increases tend to lag higher inflation measurements because of the time it takes to negotiate labor agreements.

Under Calpers’ “slow recovery” scenario, -- where it would take five years to get inflation to Calpers’ long-term target of 2.3% -- employer contribution rates for police officer and firefighter pensions could increase 12% starting in the fiscal year ending June 30, 2028. 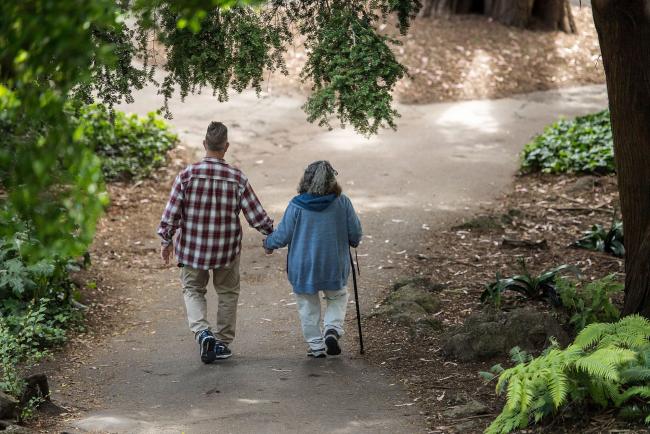