(Bloomberg) -- Risk appetite surged in June as investors reduced cash holdings and hedge funds jumped on equities, but most money managers think the stock market is overvalued, according to a Bank of America Corp (NYSE: BAC ). survey.

The seven-day poll that ended on June 11 -- just as the S&P 500 had its worst drop since the March turmoil -- indicated that fund managers slashed their cash positions by the most since August 2009 to 4.7% in order to use their dry powder to chase the rally. With global equity benchmarks up more than 30% from this year’s lows, hedge funds increased their exposure to stocks to 52%, the highest level since 2018, the survey shows.

At the same time, only 18% of “moody bulls” expect a V-shaped, or sharp economic recovery compared with 64% who think it’ll be U- or W-shaped, or more gradual, according to BofA. A whopping 78% of surveyed investors, the largest number since 1998, believe the stock market is overvalued, with 53% calling it a bear market rally. As lockdowns ended in some major economies, investors raised their global growth bets but said they don’t expect global manufacturing to show expansion before October.

The BofA poll comes at a time of elevated uncertainty for many market players after the S&P 500 Index plunged last week over concerns about the second wave of Covid-19 infections and worries that an economic recovery won’t be as fast as expected.

Among investors that deployed their cash, institutional money managers, such as pension funds, showed the biggest plunge in cash holdings, whereas retail or mutual funds still have cash to deploy, according to BofA.

June also brought an investor “dash to trash” with the buying of less popular and more risky equities, such as small-cap, value, euro-zone and emerging-market stocks, the strategists said. Allocation to euro-zone stocks surged to a net 7% overweight, the biggest increase of any region, while exposure to U.S. equities declined to a net 22% overweight, according to the poll.

BofA surveyed 190 fund managers with $560 billion in assets as part of the global poll.

Other survey highlights include: 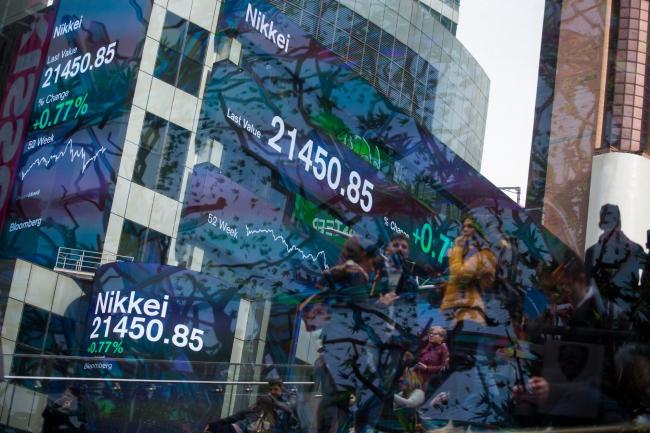