(Bloomberg) -- Bank of America Corp (NYSE: BAC ). is slowing hiring as fewer employees leave in an attempt to manage the company’s headcount ahead of a possible US recession, Chief Executive Officer Brian Moynihan said.

“We seek talent all the time — we bring them in the company. We’re just more careful about it in times like this,” Moynihan said in a Bloomberg Television interview Tuesday. Bank of America is also focused on paying and promoting existing employees, he said. “We want to take care of our own first — that’s the principle.”

The Charlotte, North Carolina-based company is still hiring relationship managers in business and commercial banking, as well as financial advisers, private bankers and other employees in bank branches, Moynihan said.

Bank of America takes a “different attitude,” managing its workforce “carefully,” Moynihan said. “The reality is you can manage headcount if you just get ahead of it and start working on it.”

Moynihan has spent nearly three decades at Bank of America, and been CEO since 2010. A year ago, the company made one of its biggest changes to upper management in recent years with the retirement of two leaders, Tom Montag and Anne Finucane, who recently started a new venture backed by TPG.

“I expect to run this company as long as the board will let me, but they have a day-to-day contract, they can let me go tomorrow. That’s the way it works,” Moynihan said. “I’ve told them I can continue to do it for a good period of time.” 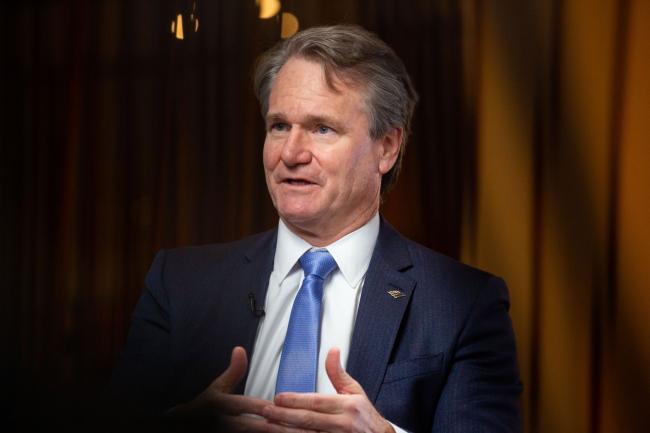