“China has to make sovereign economic decisions for itself, but we also know that what China does economically is going to have profound ramifications, profound effects, on literally the entire world because all of our economies are so intertwined,” Blinken said Wednesday in an interview in Paris with Bloomberg Television.

“So certainly when it comes to something that could have a major impact on the Chinese economy we look to China to act responsibly and to deal effectively with any challenges,” he added.

Blinken’s comments are the first remarks by a top Biden administration official on the real estate developer’s financial crisis, which has threatened broader impacts on the Chinese economy and foreign investors. President Xi Jinping’s government has signaled it’s more interested in limiting those impacts than bailing out the developer, one of China’s largest.

Read more: China Steps Up Efforts to Ring-Fence Evergrande, Not Save It

To limit real estate contagion, central bank Governor Yi Gang and other officials told financial institutions to cooperate with governments to “maintain the steady and healthy development of the real estate market” while safeguarding homeowners, according to a statement by the People’s Bank of China last week. 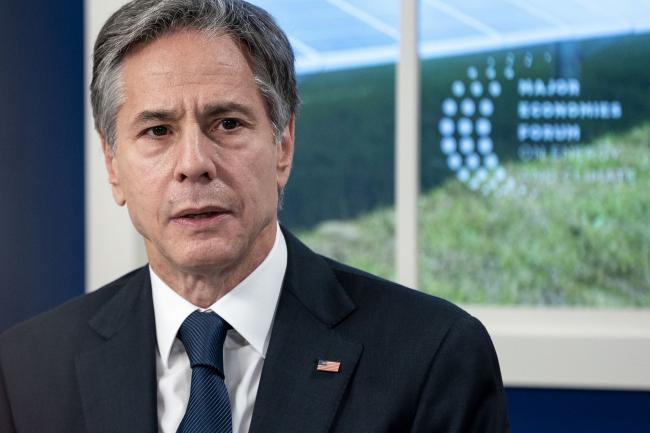