On the face of it, June may seem like it was an uneventful month for BTCUSD . The pair closed the month at $35,037, down 6 percent from the closing price of May.

Price action remained somewhat stagnant, and trading volume was modest compared to the first five months of this year. But this is what accumulation phases typically look like, rife with indecision at large for several weeks, if not a few months.

While the second quarter of this year turned out to be the worst in 2 and a half years since Q4 2018, there are reasons to suggest that, despite the sharp correction, we’re likely in a cooling-off period similar to mid-2013 and mid-2017 before resuming the second half of this post-halving bull cycle. It’s also worth noting that this negative quarter follows the first successive quarters of the price surge in excess of 100%, and BTCUSD is still up 15% YTD while Gold is down 7% YTD amidst fears of rampant inflation.

A 2-month long head and shoulders pattern dating back to March with the head formation coinciding with the 3.618 Fibonacci extension broke down in mid-May around the 2.618 extension, securing the target of $33,000 fairly quickly and finding support at the 1.618 extension. This first extension at $29,890 is critical for the pair to avoid revisiting the long-term R/S flip at $19,666.

While being known for his notorious 2008 “big short” call when the impending catastrophe was arguably obvious, although not expressly acknowledged, to any fundamentalist in Wall Street, Burry has had more misses than hits in his career as a doom-monger or, as he styles himself, a Cassandra.

The Wyckoff accumulation phase identified in my previous analysis is still valid, only that we now have a W bottom spring with a bullish RSI divergence, pending a retest of the support lines. Should this hold, we may enter the final phase of this accumulation with a hash rate expected to return to the Bitcoin network after difficulty retarget in a couple of days. With difficulty set to adjust down by 25 to 30% for the next epoch, we should see a lot of hash power enticed to get back online.

Much of the talk in June was regarding the dreaded death cross, and while it’s unlikely to have a long-term impact on the price, we’ve seen the price at which the death cross occurred turn out to be a level of strong resistance in the last couple of weeks. Fibonacci retracement levels with the current bottom of $31,597 correspond perfectly with previous support levels now potentially flipping to resistance, 200ma, and resistance lines within the Wyckoff trading range. This is typically seen as confirmation of price bottom.

Looking at on-chain data from Glassnode, we can see that supply from miners has sharply gone down in recent weeks, which may also be a consequence of reduced hash rate, and accumulation addresses, which are long-term holder addresses, are on a sharp uptrend since mid-June when the price briefly dropped below $30,000. 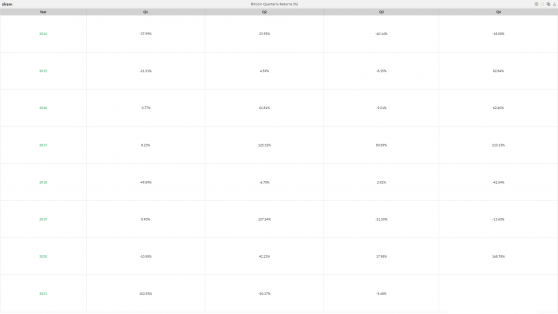