The businessman is proposing a price of 87.5 rupees ($1.16) per share to buy the 49.9% he doesn’t own of the company from minority investors, a 9.9% premium over Monday’s closing price, his holding company said in a statement Tuesday. The announcement confirmed an earlier story by Bloomberg News.

Vedanta shares have fallen more than 40% this year, giving the company a market value of about $4.4 billion. Taking the company private is the “next logical step” in its simplification process and will provide more financial flexibility, Vedanta said in the statement.

“Due to the impact of Covid-19 pandemic, we have accelerated the strategy in this challenging environment,” Agarwal said in the statement. “The proposed transaction will transform the group’s credit profile while offering a fair exit price to minority shareholders.”

Vedanta is working with JPMorgan Chase (NYSE: JPM ) & Co on the plans and the bank is helping the company raise financing for the deal.

Agarwal’s Volcan Investments Ltd. has in the past taken his London-listed Vedanta Resources Ltd. private as the entrepreneur sought to simplify the corporate structure of his resources group. He had said at that time that a London listing was no longer necessary for the company thanks to “the maturity of the Indian capital markets.”

A self-made billionaire, Agarwal has been a prolific dealmaker in the past few years as he sought to grow his metals-to-oil-and-gas empire into a resources conglomerate like BHP Group (NYSE: BHP ). Until last year, he was the largest shareholder of Anglo American (LON: AAL ) Plc, triggering speculation that Agarwal was planning to push for a major change, such as a takeover or breakup. In the end, the tycoon decided to exit his investment because his returns were “achieved even sooner than expected.”

Last year, investors expressed concern over corporate governance at the Mumbai-listed company when its subsidiary Cairn India (NS: CAIL ) Holdings Ltd. bought an economic interest in Anglo American from parent Volcan Investments for $200 million. That led to fears that the parent would use more of the company’s cash to serve its funding needs. Vedanta subsequently unwound the trade around the time Agarwal exited his stake in Anglo American.

“Vedanta trades at a huge discount to its intrinsic value given that there were some corporate governance issues which met with serious objections from large institutional shareholders,” Sanjiv Bhasin, executive vice president at IIFL Securities Ltd. “Possibly he wants to get a fair multiple and he is thinking of withdrawing it because of the sheer low market cap which he gets.”

Agarwal’s fortune has been built on a series of ambitious acquisitions: In 2001, he bought control of then government-owned Bharat Aluminium Co. in one of the first tests of India’s efforts to offload state holdings. He followed that up with the purchase of another government entity, Hindustan Zinc Ltd. (NS: HZNC ) He successfully bid for what was India’s largest iron ore producer Sesa Goa Ltd. in 2007 and for Cairn India, despite having no oil and gas experience. 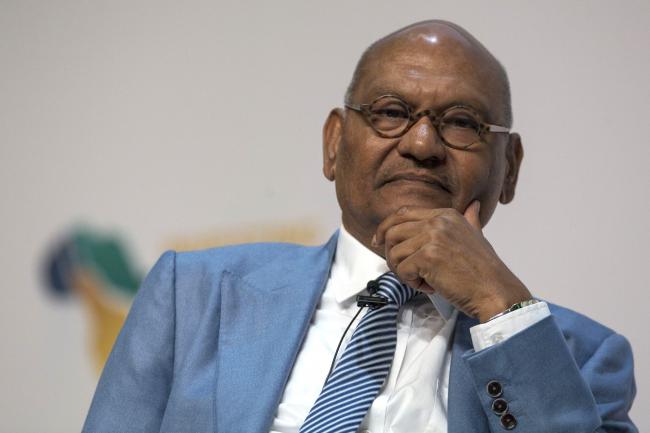