(Bloomberg) -- President Joe Biden’s team is pivoting from saving a bipartisan Senate infrastructure bill from collapse to trying to unify House Democrats behind both that bill and a follow-on, multi-trillion dollar economic package expected to pass on a party-line vote.

White House counselor Steve Ricchetti met Tuesday with the Congressional Progressive (NYSE: PGR ) Caucus and plans to reach out to other groups on Biden’s strategy to pass a $579 billion bipartisan infrastructure bill in tandem with a bigger, broader tax and social spending package. Progressives have yet to be sold on the substance of the first bill, which they complain lacks climate-change provisions, and differ on the size and scope of the second bill.

“The budget needs to include our priorities, otherwise it won’t have progressive support,” CPC Chair Pramila Jayapal, a Washington representative, said before the Ricchetti meeting. “We have an agenda that we have to get accomplished and linking the two bills is the only way it is going to get accomplished.”

With Biden in Wisconsin kicking off a campaign to sell the infrastructure deal to voters, Ricchetti and other White House aides are lobbying various Democratic factions, as well as Republicans, on the two-track plan for president’s broader agenda, which GOP leaders are trying to derail.

Key to the strategy is agreeing to a price tag for the second bill that will keep progressives on board without alienating moderate Democrats in both the House and Senate. The House plans to vote on an outline for the tax and spending plan as part of a budget package in July.

With the House currently split 220-211 between Democrats and Republicans, Speaker Nancy Pelosi can’t afford to lose many votes. In an effort to keep Democrats together, she has promised progressives that she will not allow a House vote on the Senate infrastructure deal, which was brokered by 10 senators, before the Senate passes a follow-on package using a fast-track budget procedure known as reconciliation.

Jayapal said she has some flexibility on the overall cost of the second package, even though she supports a draft put forward by Senate Budget Chairman Bernie Sanders for a $6 trillion bill, half of which would be paid for by tax increases and savings from lower drug prices. That proposal would enact much of Biden’s American Families Plan, including free community college and expanded child care support, as well as make enhanced child tax credits permanent and boost Medicare coverage while lowering its eligibility age to 60.

“We obviously like the $6 trillion number but understand it might be too high for some people,” Jayapal said. “He can’t sign a bill unless we send it to him, so we still control the narrative.”

Omar said the White House team said they are open to those items in reconciliation, thought they didn’t discuss the price tag. But the Minnesota Democrat said she’s optimistic that the party will be able to come together.

“We feel better about the strategy,” she said after the meeting.

Progressives say they need assurances that the Senate, including moderate Democrats like Joe Manchin of West Virginia and Kyrsten Sinema of Arizona, will go along with a budget reconciliation bill.

“Show me the beef,” New York progressive Alexandria Ocasio-Cortez said. “And to me, the beef is cost of reconciliation in the Senate.”

Goldman Sachs Group Inc (NYSE: GS ). as of June 21 was penciling in around $2.5 trillion in spending over a 10-year period, with $1.5 trillion of tax hikes, for a reconciliation bill.

Manchin in a television appearance over the weekend said he can only support a reconciliation bill that is fully paid for, and he has also opposed raising the corporate tax rate above 25%, to 28% as Biden has proposed. That would likely cut the size of the package significantly.

In an interview Tuesday on MSNBC, Manchin said he is prepared to back a follow-on reconciliation package, though he has not agreed on how big it should be.

“I have agreed that that can be done, I just haven’t agreed on the amount,” Manchin said. “I haven’t seen everything that everybody is wanting to put into a bill.”

Ricchetti, along with legislative liaison Louisa Terrell and her deputy Shuwanza Goff, are also engaging the New Democrat Coalition and the Blue Dog Coalition as well as Republicans in the House this week.

“Lots of people are kind of saying you need to make the call on whether you support something. Where’s the document? Where’s the thing we are going to read,” Michigan Representative Elissa Slotkin, a member of the New Democrat Coalition, said. “I think a lot of my colleagues have already been talking about how they are going to have concerns on an additional package.”

House Budget Committee Chairman John Yarmuth has been tasked with finding a compromise between the competing factions, and will also meet the progressive caucus Tuesday as well as the Blue Dogs later in the week.

“It’s going to be tough, but I think the people I’ve talked to -- moderates and liberals -- are all in the same boat and saying we’ll get there,” Yarmuth told reporters. “I can’t imagine that there are four people in this caucus who are going to ultimately vote against childcare, the child tax credit, senior care, climate change investments.”

Budget Committee member Jim Cooper, a fiscally conservative Democrat, said he is open to the range of numbers being discussed and doesn’t believe the bill’s long-term investments need to be fully paid for. “We are still in a Covid pandemic emergency,” he said.

Many Democrats are urging their fellow lawmakers to unify rather than to give in to infighting.

“We need to give the Budget Committee some space and not undermine their work,” Representative Rick Larsen of Washington said.

Others said it is going to be a bumpy few months until Congress takes up the final legislation in September or October.

“What is easy right now? Can you think of a single thing that is easy?” Florida’s Debbie Wasserman Schultz said. “There are a lot of moving parts and members have a lot of priorities, but I am confident we are going to come together and put together a budget and reconciliation package.”

(Updates with meeting over in second paragraph, Omar comments in ninth) 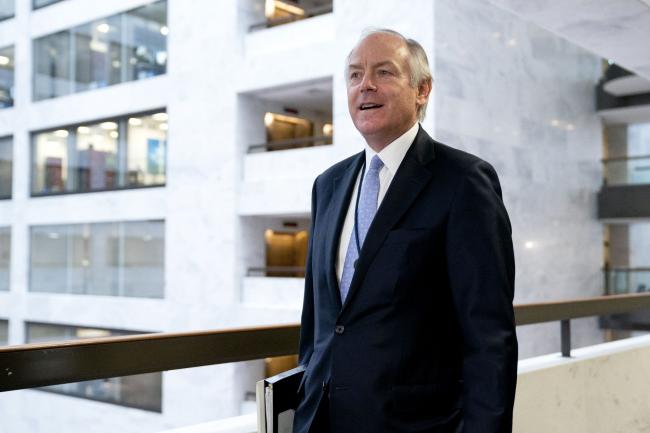