Respondents said they expect inflation to rise 3.1% over the next five to 10 years, down from a preliminary reading of 3.3%, according to Friday’s report. They see prices advancing 5.3% over the next year, matching the initial figure.

“Overall, the late-June reversion in long run inflation expectations was generated by growth in the share of consumers expecting extremely low inflation in the years ahead,” Joanne Hsu, director of the survey, said in a statement. “About half of these consumers expressed bleak views about the risks of recession or unemployment during the interviews.”

The inflation-expectations results earlier this month played a key role in the Fed’s decision last week to raise interest rates by the most since 1994. Chair Jerome Powell said the Michigan data, along with other recent inflation metrics, helped steer policy makers toward a 75 basis-point hike, rather than 50 basis points.

At a press conference following the move, Powell said the pickup in expectations was “quite eye-catching” and emphasized how important it is for the central bank to keep long-term inflation expectations anchored. Still, Powell acknowledged that the preliminary number could be revised.

According to the report, consumers still expressed the highest level of uncertainty over long-run inflation since 1991, though respondents were broadly certain about the direction of Fed policy.

The S&P 500 jumped Friday after the report, and two-year Treasuries rallied.

Meantime, the university’s overall sentiment index was little changed at a record-low of 50, down slightly from the preliminary June reading and the 58.4 print in the prior month.

The sharp decline reflects decades-high inflation, a slump in stock prices over the past month, and generally downbeat views on the state of the economy amid growing fears of an imminent recession.

The gauge of current conditions lost more ground late in the month. The gauge fell to a fresh low of 53.8. The measure of future expectations improved slightly from earlier this month. Still, the index was among the lowest on record.

Buying conditions for household durable goods also deteriorated further, with the index dropping to a fresh record low, according to the University of Michigan report.

(Updates with market reaction in the seventh pargraph.) 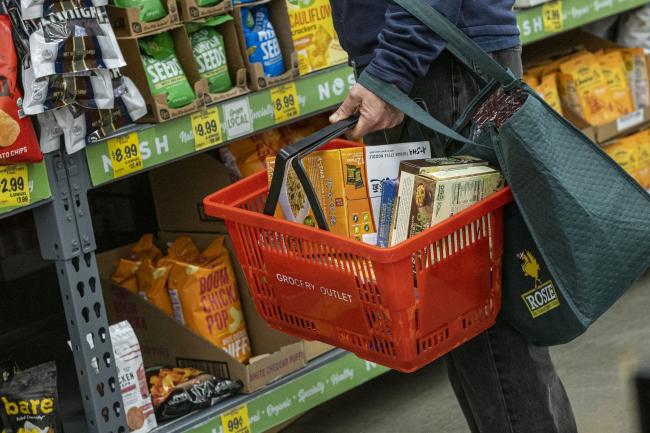