The stunning collapse of the Afghanistan government and the country’s takeover by the Taliban sent investors scurrying into the safe haven of U.S. Treasuries. 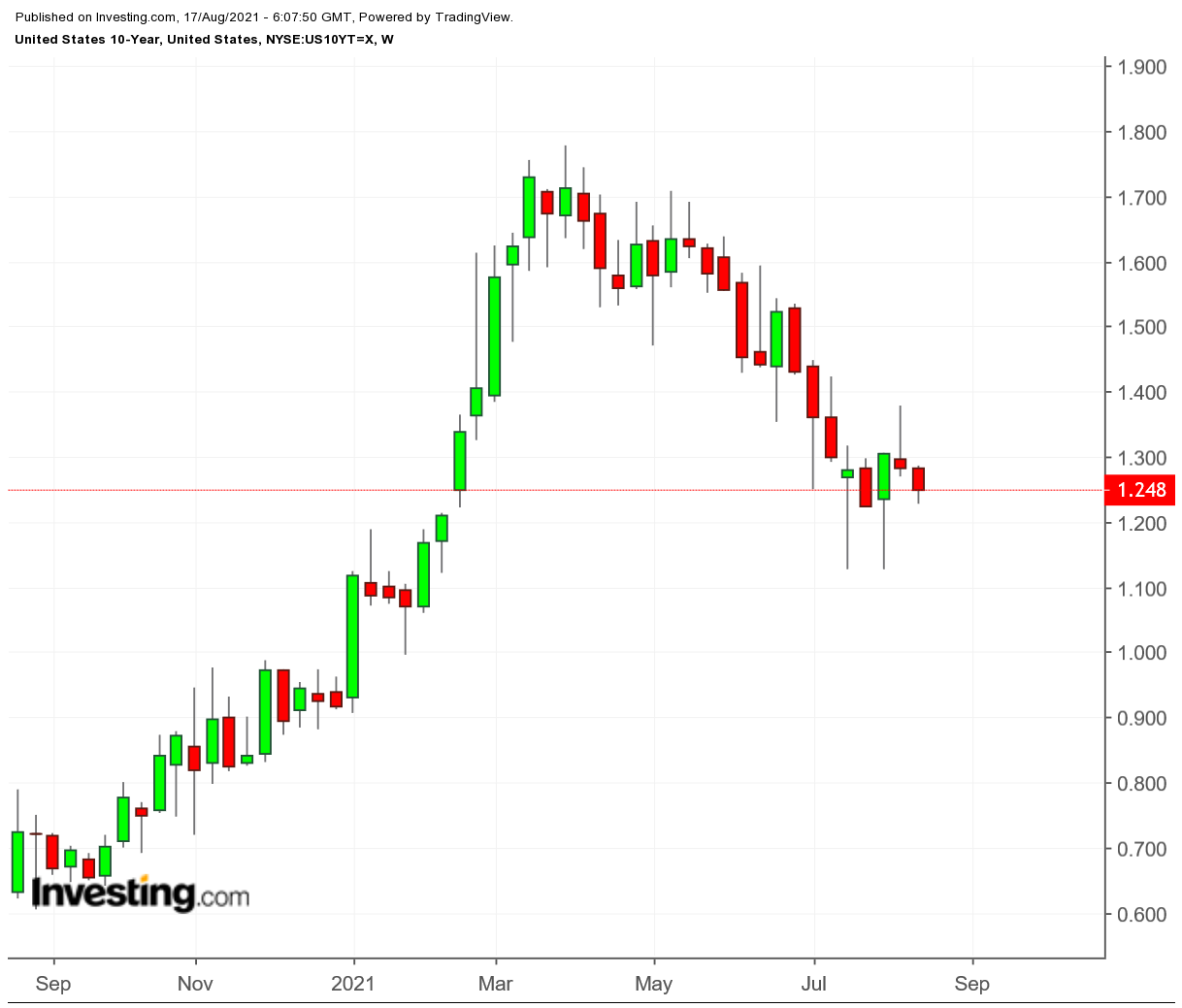 Yields on the benchmark 10-year Treasury note plunged below 1.23% after cruising above 1.35% over the past week. The weekend news, of chaos in Kabul, accelerated the decline that began on Friday with a lower-than-expected report on U.S. consumer sentiment .

The focus on the minutes of the July meeting of the Federal Reserve’s policymakers, due out Wednesday, was  upstaged by developments in Afghanistan and the belated response from President Joe Biden, who interrupted his vacation stay at Camp David to return to the White House Monday and address the situation.

The immediate backlash to the U.S. withdrawal and subsequent chaos bridged the partisan divide as even those who favored the retreat criticized the abrupt and inept manner of its execution.

The tumultuous events threatened to permanently stain the Biden presidency and even pro-Biden commentators said it creates a crisis of competency.

In his White House speech, Biden once again blamed Afghanis for their failure to fight for their country, arguing that the U.S. was never going to attain its objective of making the country a workable democracy.

Some commentators are worried that Afghanistan could once again become a haven for terrorists, increasing the threat to U.S. national security. However, Biden argued that Washington is effectively countering terrorism around the world and will be able to do so in Afghanistan as well.

The 10-year Treasury yield bounced back to 1.27% as Biden talked, but his remarks are not likely to reassure allies regarding America’s reliability. The irony of the U.S. sending 6,000 troops to fix the problems caused by the withdrawal of 2,500 was not lost on many observers.

Data showing factory output and retail sales in China slowed significantly in July added to investors’  concerns about the economy and drove more of them into the safety of government bonds.

The Treasury Department announced earlier this month that it would start reducing its issuance in November, nicely dovetailing with any reduction in Fed purchases so that prices could remain firm (and yields low).

The FOMC minutes may provide some clues about just when the Fed may start to taper those purchases. However, a blitz of speeches by policymakers over the past two weeks has made it clear that this will come sooner rather than later. Hawks are pushing for an announcement in September and reductions as early as October, but others may want to go slower. 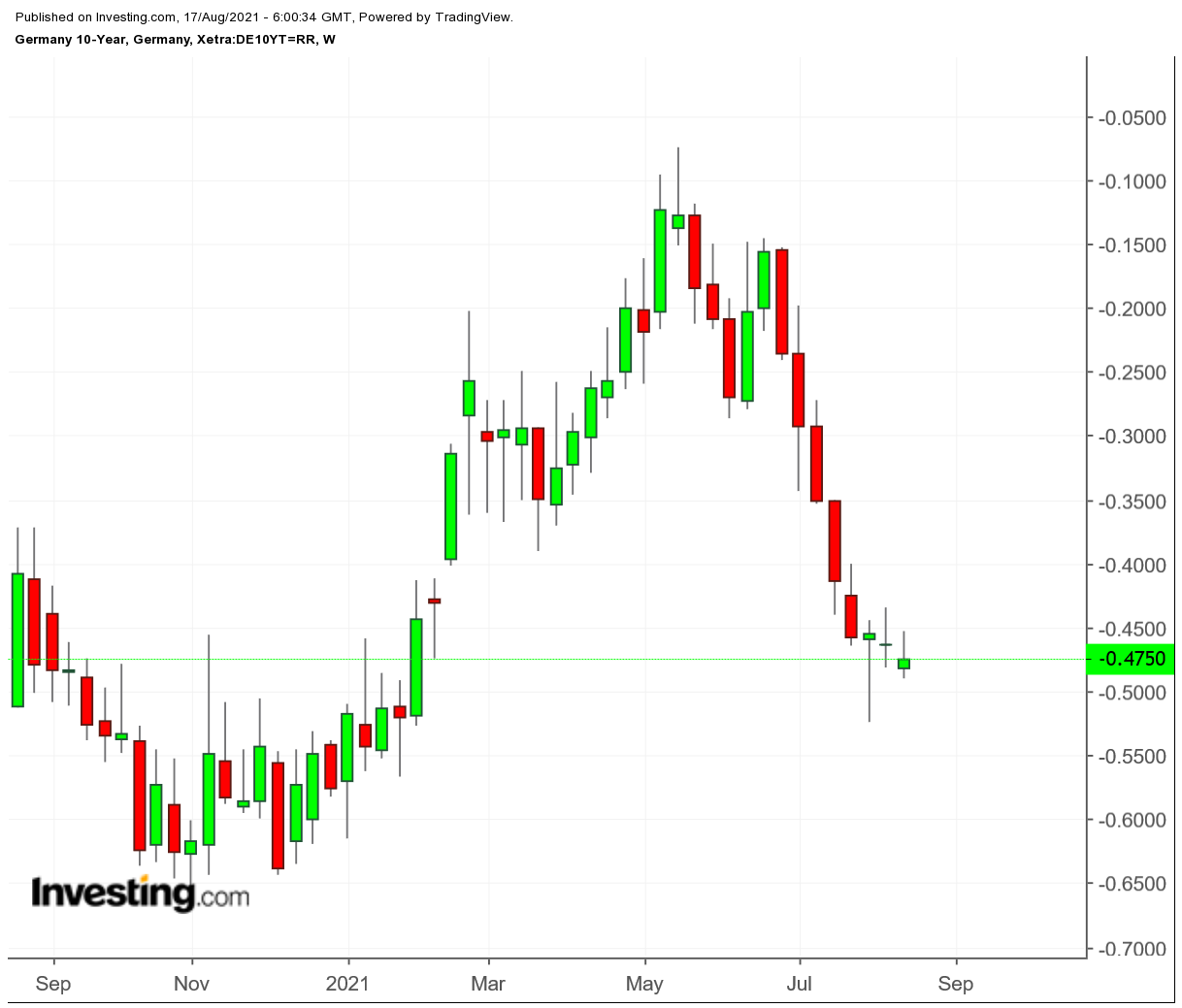 The Afghanistan turmoil and growth concerns also supported euro zone government bonds. Yield on Germany’s benchmark 10-year bond dipped to minus 0.489% before recovering to minus 0.467%, on par with Friday’s close of minus 0.468%. Trading was thin as many investors were on vacation. 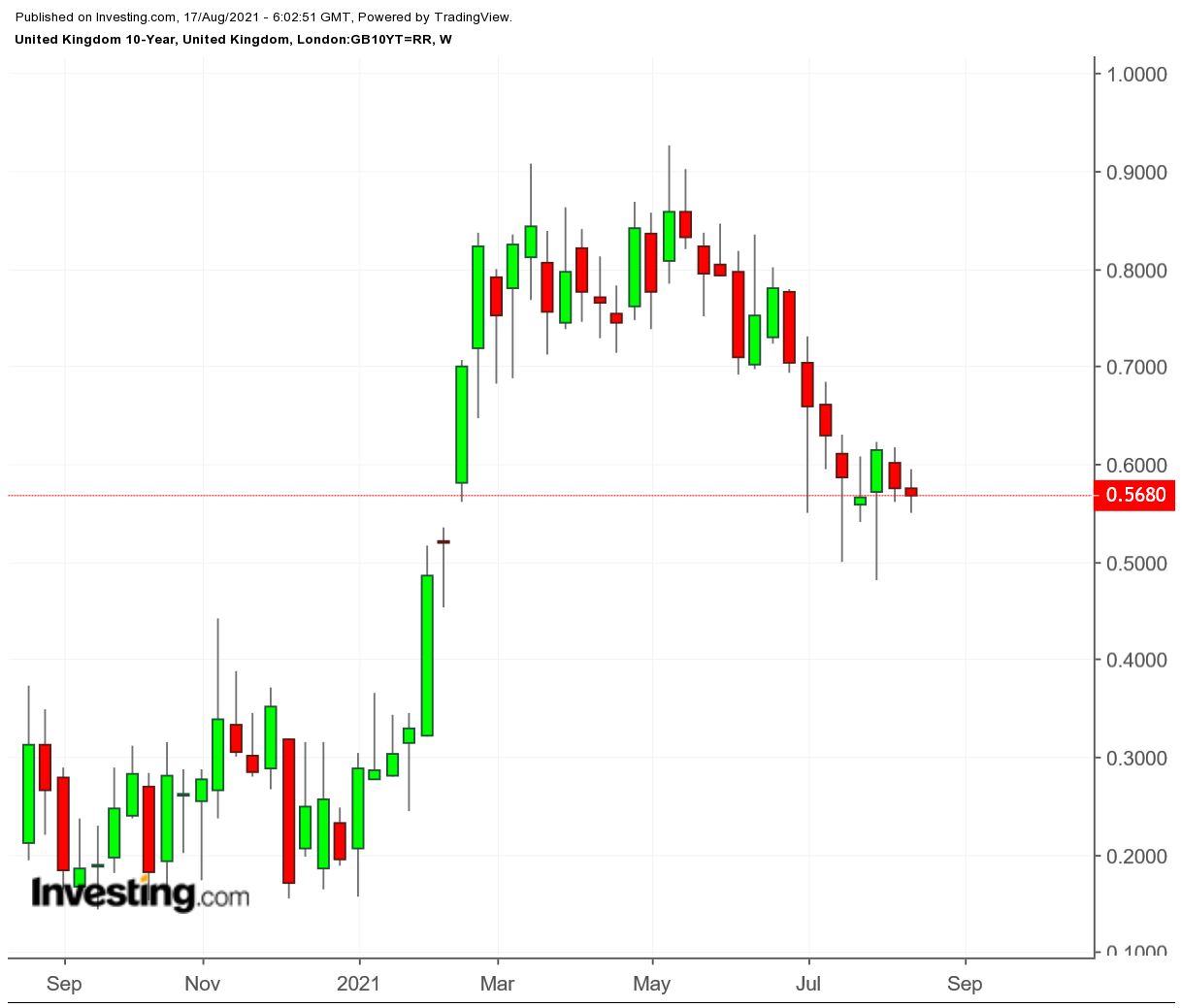 UK government bonds bounced around in a tight range, as yield on the 10-year gilt dipped below 0.551% and peaked at 0.597% before settling at about 0.575%, also in line with the Friday close. 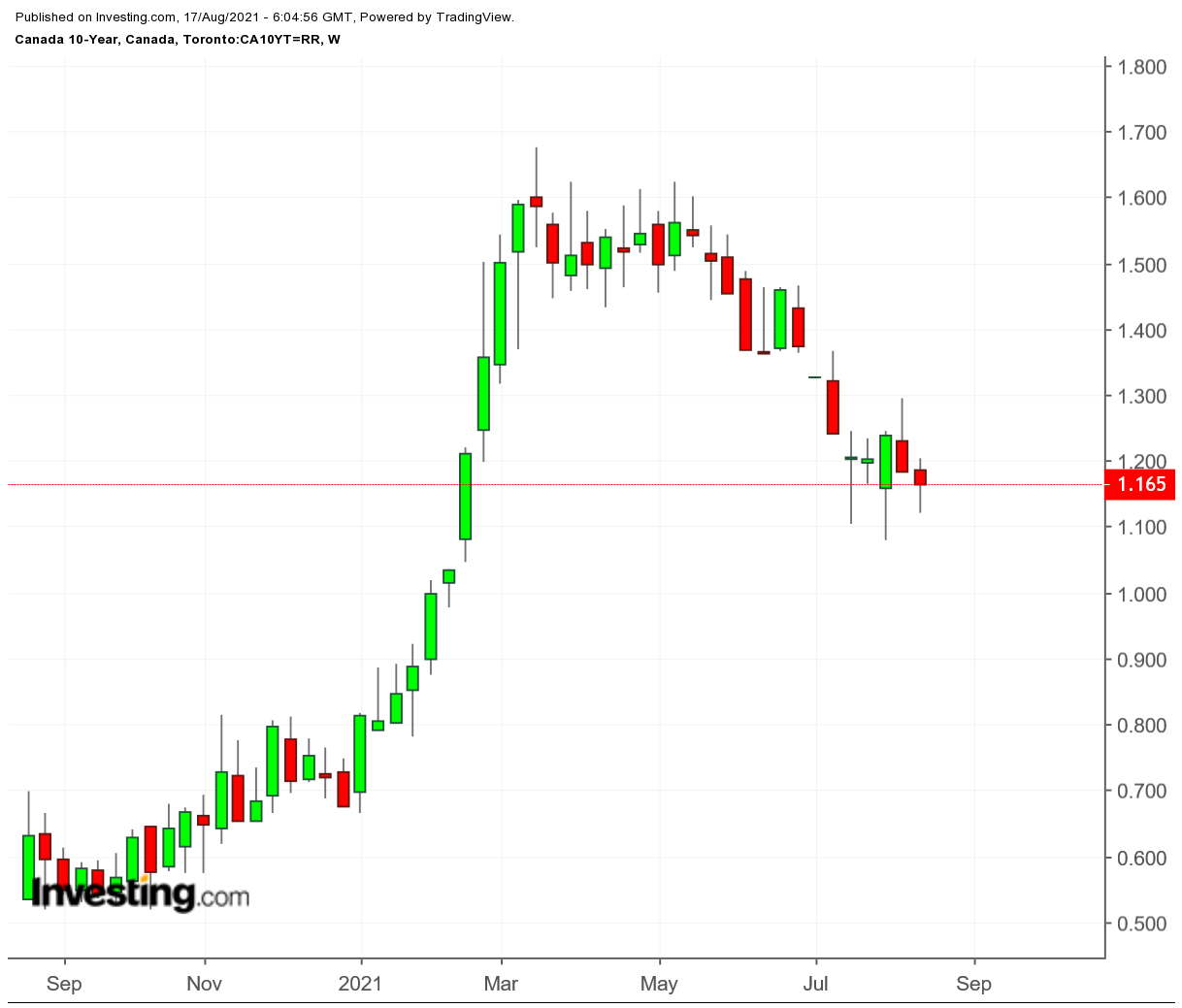 In Canada, Prime Minister Justin Trudeau called for a snap election on Sept. 20, hoping to gain a majority in parliament after getting good marks on his COVID-19 response. Concern about Trudeau’s progressive agenda drove the yield on Canada’s 10-year bond down to 1.167%, compared to Friday’s close of 1.184%.