The Indian Electric Vehicle Market was valued at USD 5 billion in 2020. The same is expected to reach USD 47 billion by 2026, registering a CAGR of above 44% during the forecast period (2021–2026). And with the boom of the Indian EV Industry, Electric Two-Wheeler Companies are also expected to grow at a fast pace in the upcoming years.

The entrance of Ola has already boosted the revolution in the 2-Wheeler EV segment and has increased the competition. Other auto companies are also expected to increase their 2-wheeler EV production to reduce the cost and get more EV bikes on Indian roads. In this article, we'll look into the top 2-wheeler Electric Companies in India.

Coming to the sales of the electric two-wheeler, the last few months have seen good momentum in the sale of electric Two-wheeler in India. The registered EV two-wheeler sales in November 2021 saw a growth of 5 times as more than 22,500 units were sold compared to 4000 units that were sold in November during the previous year.

As per a report in the Economic Times, EV sales have sky-rocketed by three times in the first half of the ongoing fiscal. More than 1.18 lakh EV units were sold in H1 FY22. This comprises 58,264 electric 2-wheelers as well as 59,808 three-wheelers. While looking into the top sellers, the list of top electric two-wheeler companies includes Hero Electric (36%), Okinawa (17%), Ampere (14%), Ather ( 11%), etc. 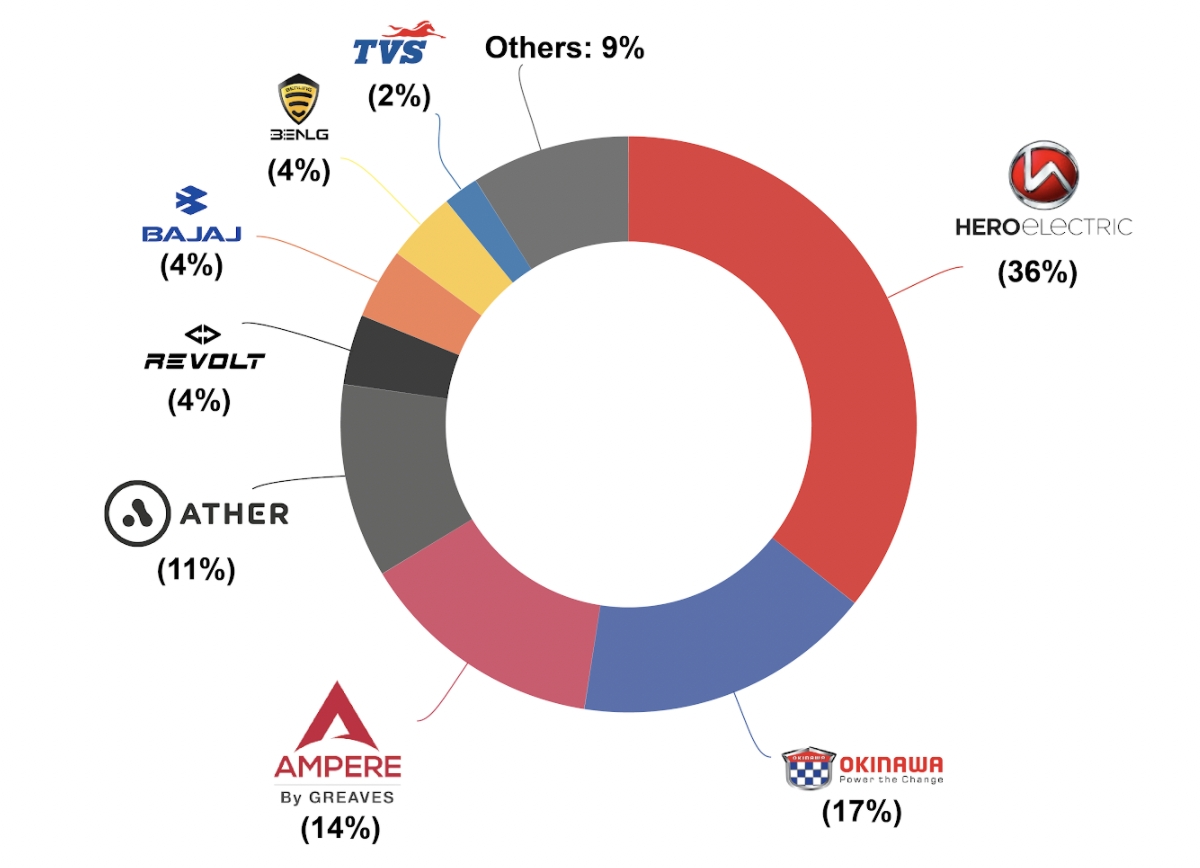 From the above list, Hero Electric is the largest player in the Electric two Wheeler (E2W) market in India. It is a subsidiary of Hero MotoCorp (NS: HROM ) which is a multi-company with diversified interests such as Electric Vehicles, Exports, Bicycles, Healthcare, and Real Estate. Another big Auto manufacturers in this list is Bajaj Auto (NS: BAJA ), which stands as the world's third-largest manufacturer of motorcycles and the second-largest in India.

The Electric Vehicle segment is still at an evolutionary stage in India. The market is estimated to be Rs 50,000 crore in India by 2025, with two- and three-wheelers expected to drive higher electrification of the vehicles in the medium term in the wake of COVID-19, according to a report by Avendus Capital.