There are signs that the Fed’s laser-eyed focus on smashing inflation might just be causing a global currency crisis. Maybe that’s an understatement, or even just stating the obvious. Three of the world’s most important currencies have endured their own bouts of extreme volatility and massive declines lately.

First, it was the euro dropping below parity during the summer. Then, the yen’s value got smashed as the USD/JPY pair went from near 100 in recent years to about 145 – with the last 20% of that move coming in very short order. Finally, the bears pounced on the British Pound. The “ Cable ,” as it’s known in the forex market, dropped to fresh all-time lows against the greenback, falling under a prior trough set back in 1985. 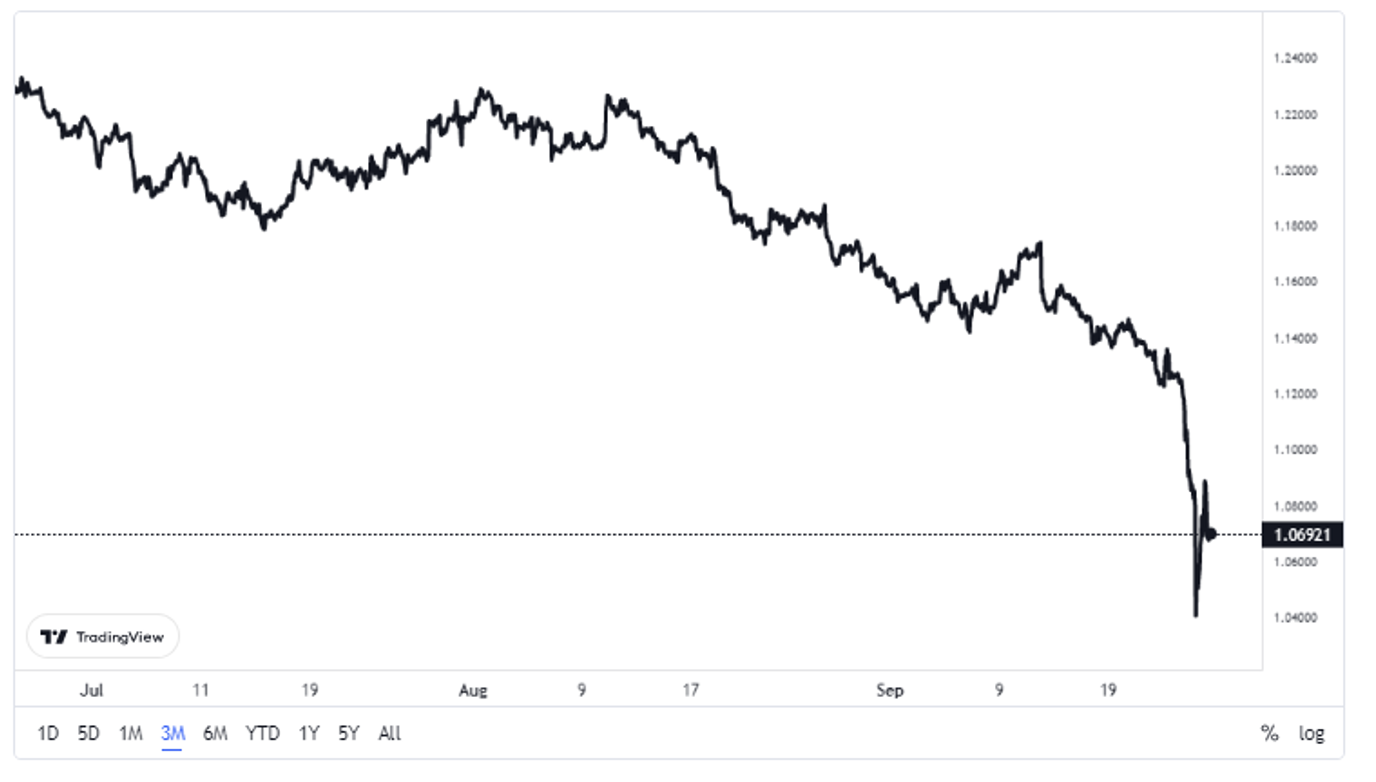 Homing in on the domestic market, though, there are more signs that things are breaking. Consider that lumber futures have fallen to their lowest price since the first half of 2020, a key harbinger of economic activity, and an area that was once pressured by supply-chain woes. Commodity prices appear to be normalizing, to put a positive spin on things. 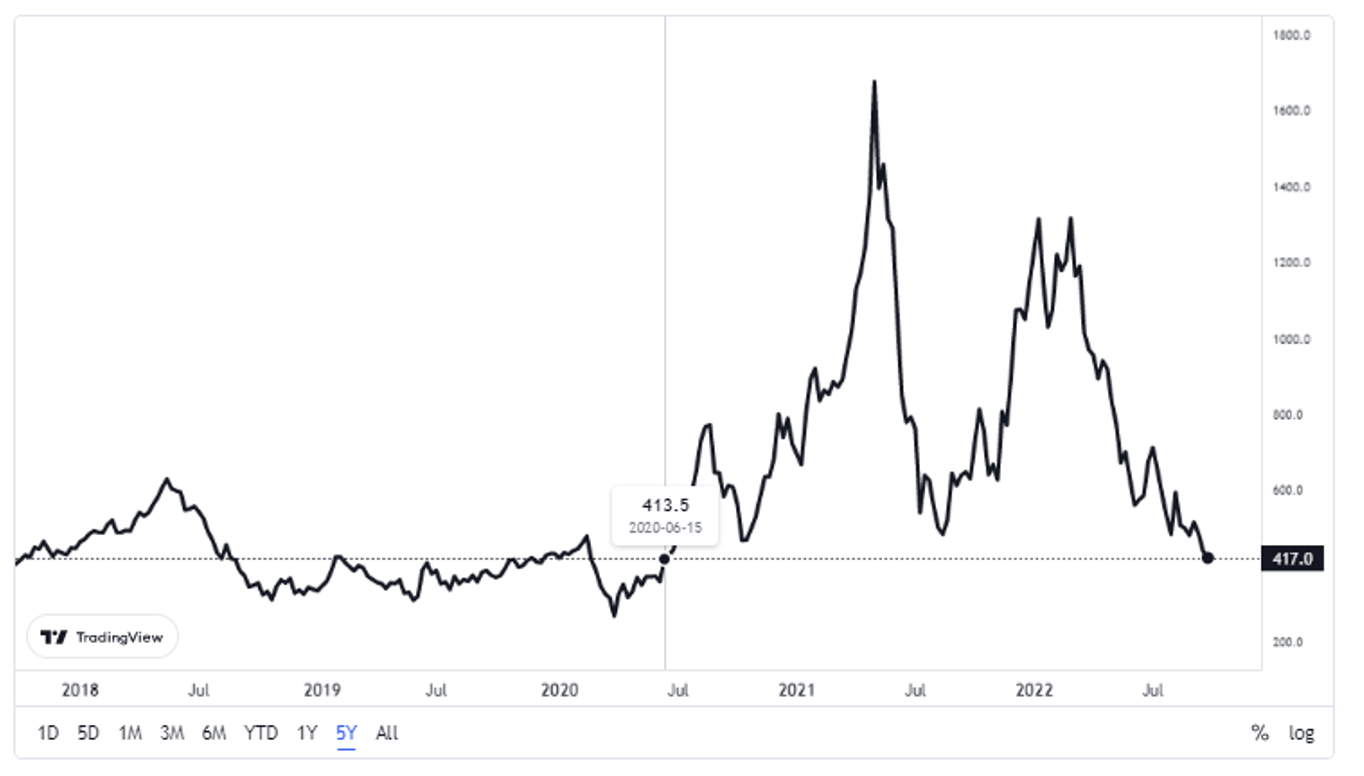 For real estate specifically, Zillow now reports that U.S. home value has declined for two straight months. That’s a sharp bearish reversal from massive monthly gains seen from the middle of 2020 through the first half of this year. And who knows what September’s reading will reveal given the massive surge in mortgage rates.

More bad news: On Monday, Mortgage News Daily reported that the average rate on a conventional 30-year fixed rate mortgage jumped to a whopping 6.87%. We have not seen that since the mid-2000s. It seems hard for the residential lending market to function with so many borrowers locked-in to exceptionally low mortgage rates. Moving from one house to another means refinancing to a potentially crippling rate. 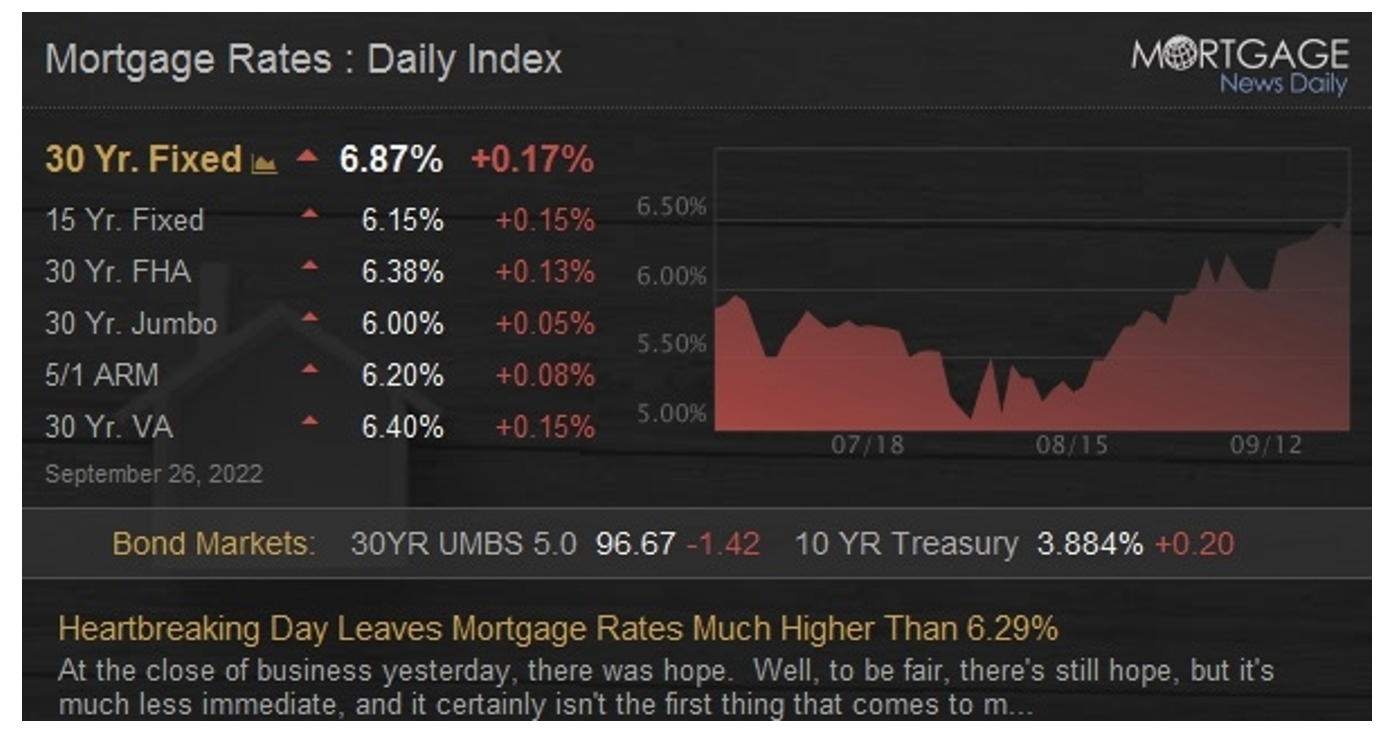 Is it time for the Fed to pivot? More 5%-plus advances in the U.S. Dollar Index over the course of just a few days might cause Chair Jerome Powell and the FOMC to reconsider such a hawkish stance. What’s depressing for the rest of the world is that the U.S. is essentially outsourcing inflation. After all, foreign nations feel higher commodity prices so much worse as their currencies drop in value.

Do I have you about ready to slit your wrist? Take heart. We are near one of the most bullish parts of the vaunted Presidential Election cycle. Moreover, with the VIX back into the 30s as of Monday afternoon, there are inklings of some solid panic in stocks. There’s legitimate panic in bonds with the 10-year Treasury up another 20 basis points near the high on Monday. As JPMorgan’s Marko Kolanovic said in a note, there are some signs of a bottom forming.

This too shall pass. It’s an old trading idiom that probably provides little solace to long-term investors today. We’ll see if Powell and the Fed pump the brakes on breaking parts of the global financial markets.

Disclaimer: Mike Zaccardi does not own any of the securities mentioned in this article.