Stocks finished the day higher yesterday, with the systematic flows continuing to dominate in an illiquid market. The depth of the book on the S&P 500 futures has vanished over the past few days, allowing this market to move much more than what we have seen in recent weeks. 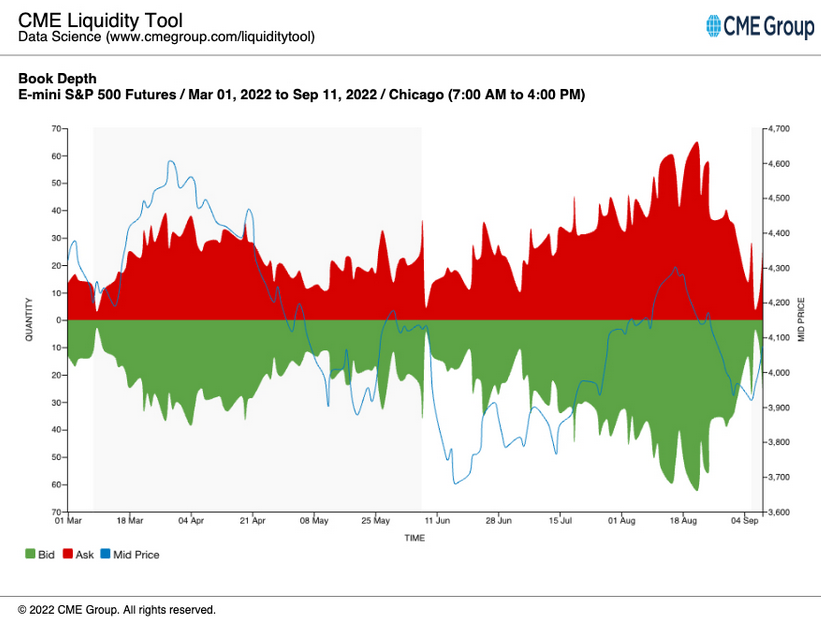 This allows systematic flows to dominate the market and push it around. The options market positioning suggests this market is overextended, and some cracks are starting to show in its stability. The VIX was higher yesterday by about 5% and closed right around 24.The S&P 500 was higher by about1%. The index managed to complete around 4,110 while hitting a high of 4,125. There are plenty of good Fibonacci levels at 4,125 that could offer resistance to the market and keep it from advancing. But at the same time today’s CPI report will play a much more significant role in what happens. 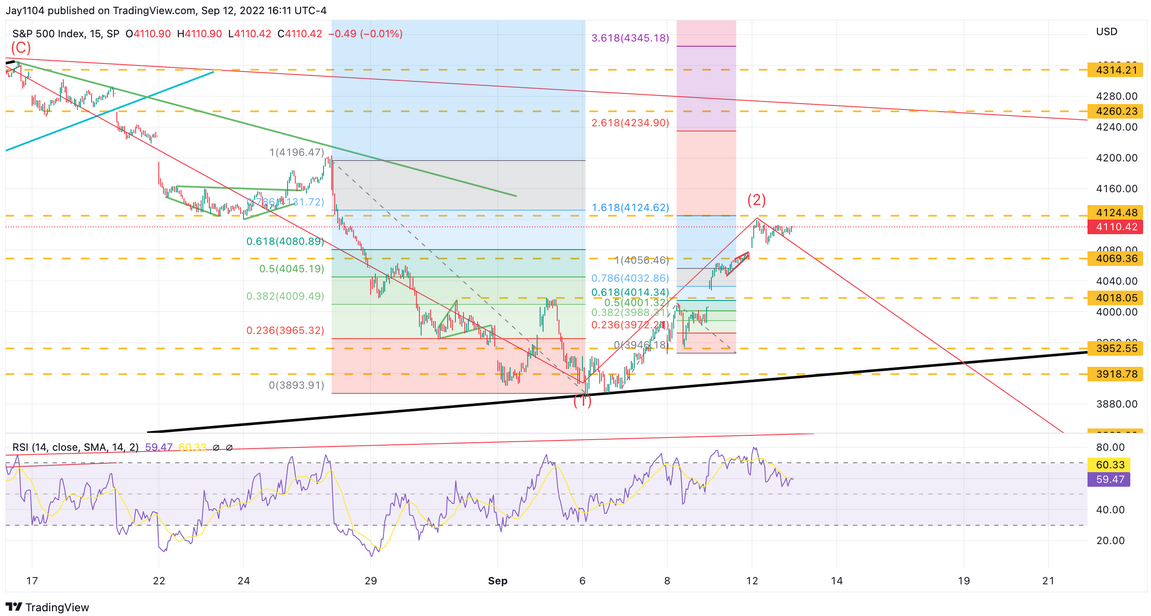 Meanwhile, the VIX was higher yesterday, and the only explanation for such a thing were systematic flows overriding the options force that normal kicking in when implied volatility is rising, which work to push stocks lower. So either the systematic flows were covering up concerns the market has around the CPI, or the market will have implied volatility to burn up following today’s CPI report, helping to push it higher. 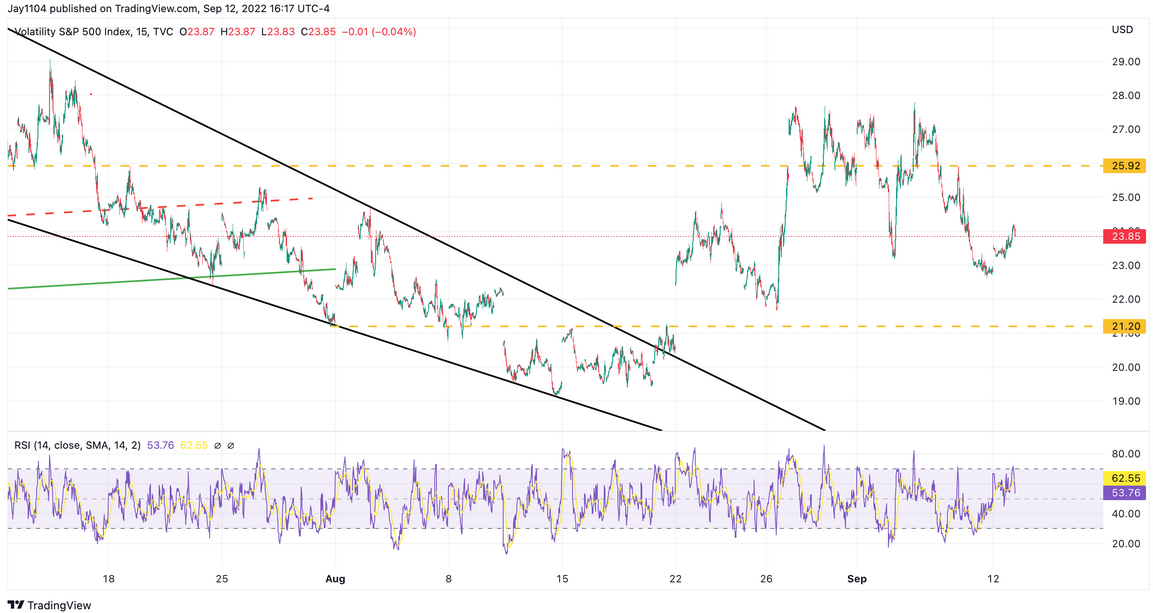 So yes, a weaker-than-expected CPI print can push the S&P 500 higher to 4,200, taking it back to where the market was at Jackson Hole. But the Fed isn’t likely going to like that.

The TIP ETF was crushed yesterday following a very weak 10-year auction. The TIP made another new cycle low yesterday, and the spread between the NASDAQ and the 10-year real yield grows wider. I can tell you when this happened in the past, it hasn’t ended well for the QQQ . 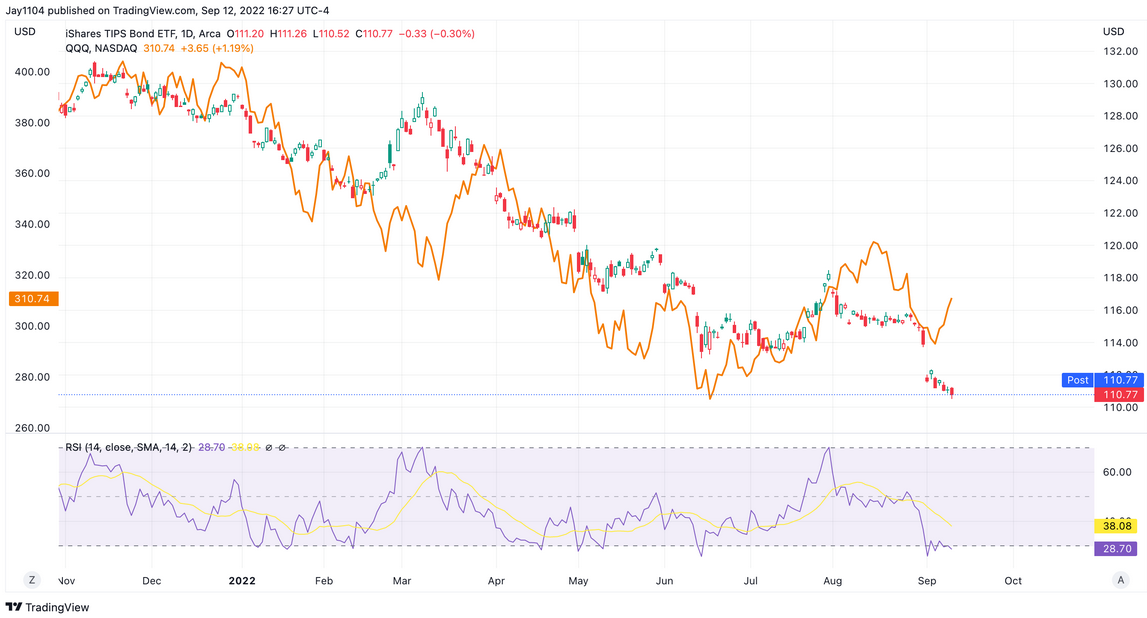 Apple (NASDAQ: AAPL ) was very strong yesterday, as there has been some positive news regarding pre-orders for the new iPhone 14. The stock rose to around $163.50 which helped to fill a technical gap. There is a bit of a downtrend in the stock, and typically once a stock fills the gap, it resumes the trend. So if shares were to reverse and move lower over the next couple of days, it wouldn’t be surprising. 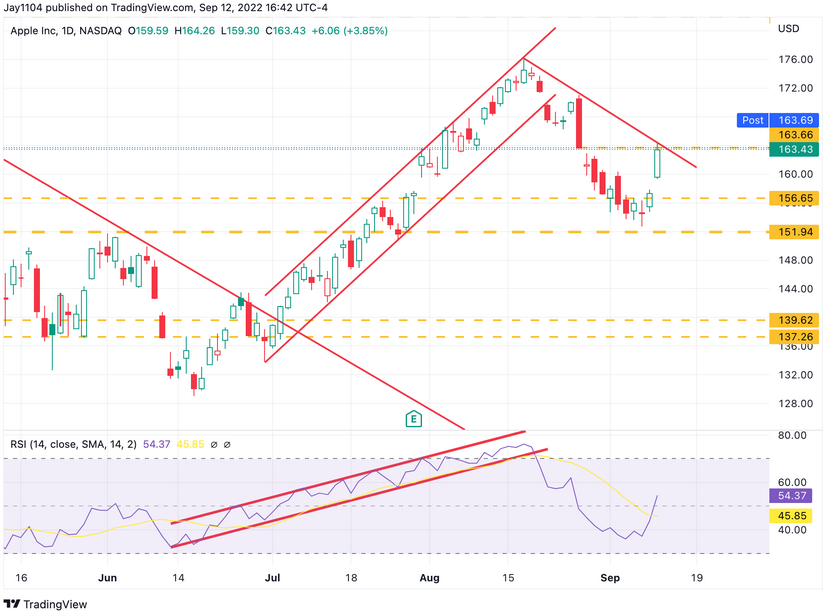 Starbucks (NASDAQ: SBUX ) is also very close to filling a gap at 91.50. This is similar to Apple, with a stock in a downtrend and the potential for the stock to return to that downtrend once the gap is filled. 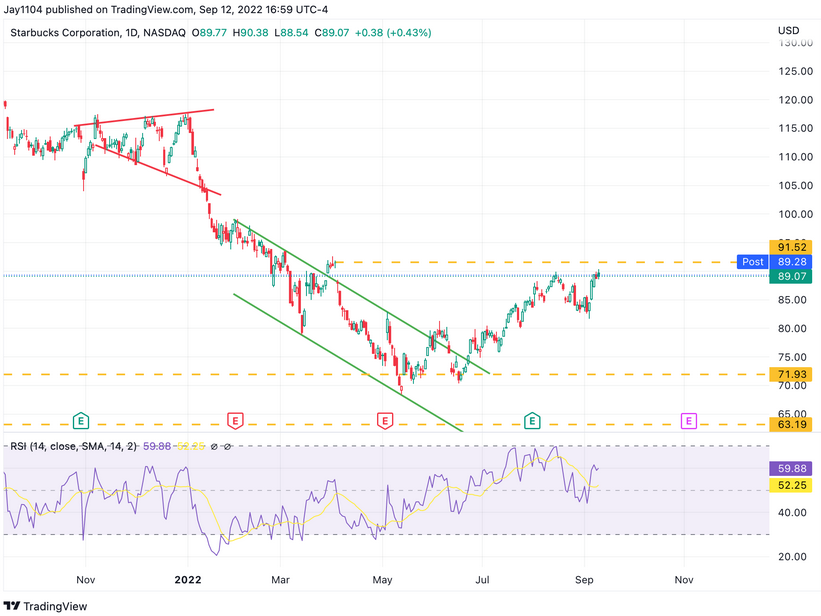 Finally, Advanced Micro Devices (NASDAQ: AMD ) filled its gap the other day and had a pretty weak day yesterday despite a strong broader market. It could be a good indicator of where Apple, Starbucks, and the rest of the market go from here. 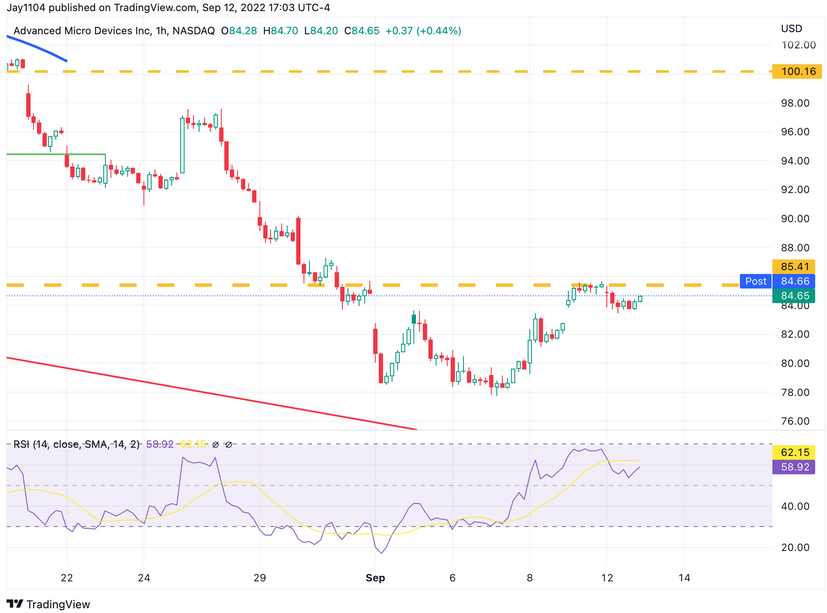