Stocks finished slightly higher yesterday after giving up some decent size gains. The S&P 500 traded as high as 4,325 to come within 1 point of the 200-day moving average; it must have triggered the sell algos that were waiting. The index fell sharply, actually turning negative for a bit. But the index stabilized around 4290 but closed higher by 19 bps at 4305.

In addition to the 200-day moving average, there is a significant downtrend, and the RSI is now over 73. The technicals are very overbought, and at this point, I am just waiting for the 10-day exponential moving average to break, and once it does, I think the sell-off that follows will be pretty fierce. 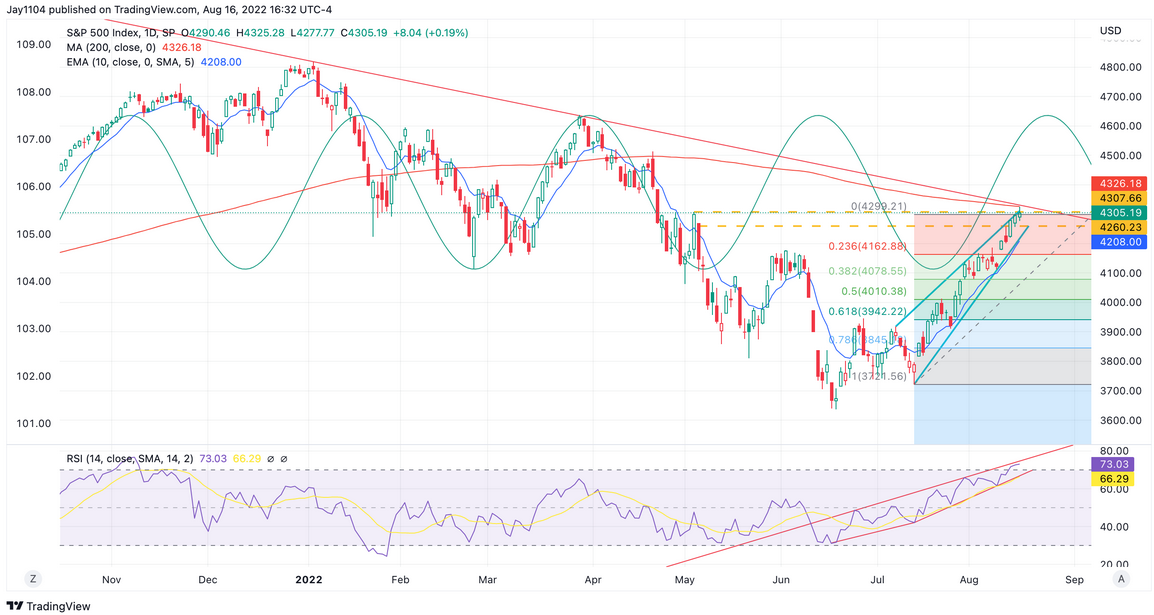 Today will be important because there will be a VIX options expiration at 9 AM EST, which should lead to some freer movement in the VIX. Then at 2 PM EST, the FOMC minutes will be released, which should get a good deal of attention. The FOMC minutes have generally been a sell the new event. It could always be different, but it seems that max dovishness has already been priced into equities, so it’s hard for me to imagine the minutes can read even more dovish. If history repeats, today can serve as a pivot, not for the Fed, but for stock prices. 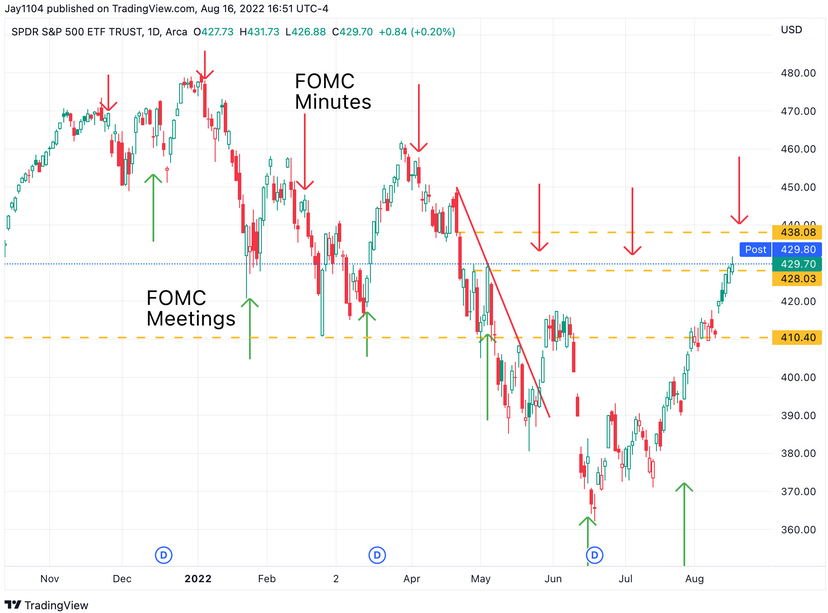 There have already been parts of the equity market that appear to have stalled out. ARK Innovation ETF (NYSE: ARKK ) peaked on August 10 and has been unable to participate in this rally. The RSI is very close to breaking its uptrend, which signals the bullish bias is over. 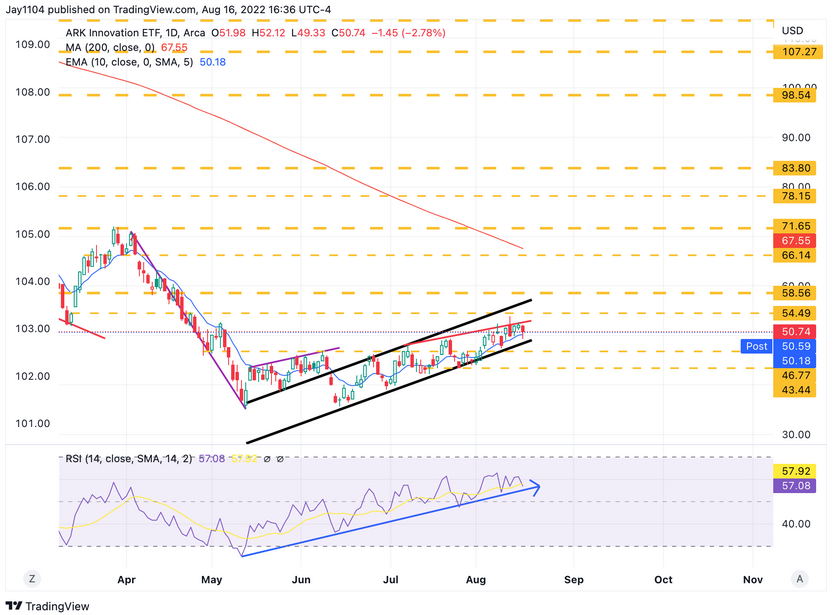 Advanced Micro Devices (NASDAQ: AMD ) has not participated in this rally and has been stuck around $100 for a few days. So far, the 10-day exponential moving average has supported AMD. I expect that support to break and the shares to turn lower and head back to $85.40. 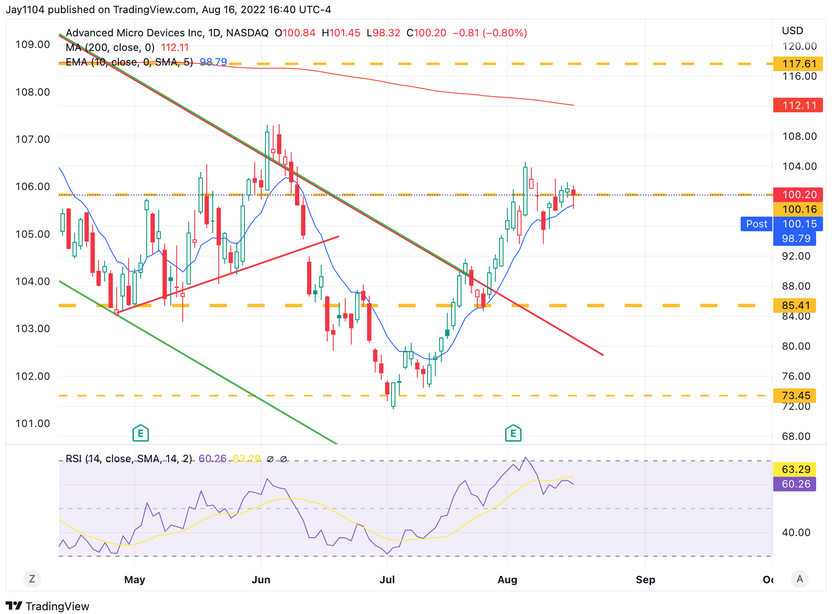 ServiceNow (NYSE: NOW ) tried to break out and, to this point, has failed at the top of its trading channel. 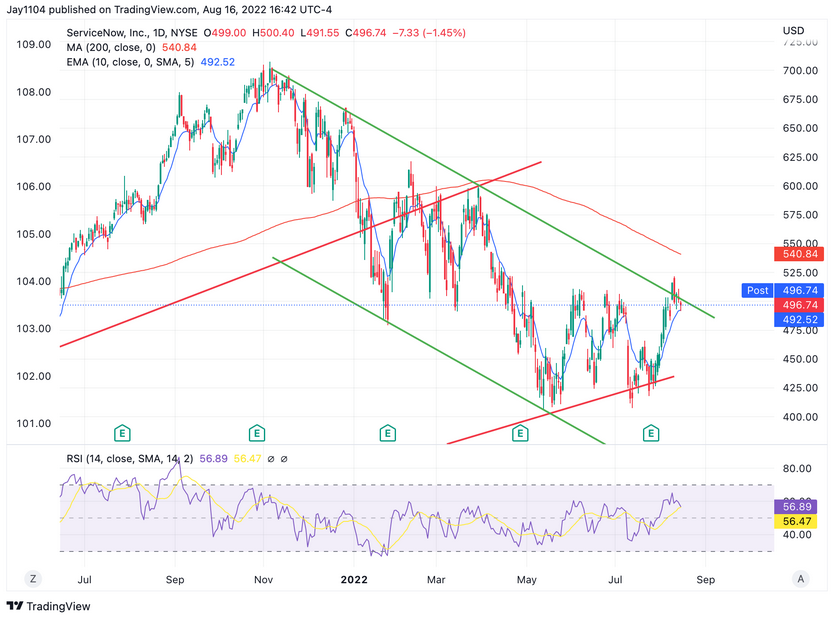 Meanwhile, Bitcoin continues to creep closer to the edge as its price and RSI approach their respective uptrends. This could be important because if Bitcoin breaks, it could work to send a risk-off signal in general in the markets. 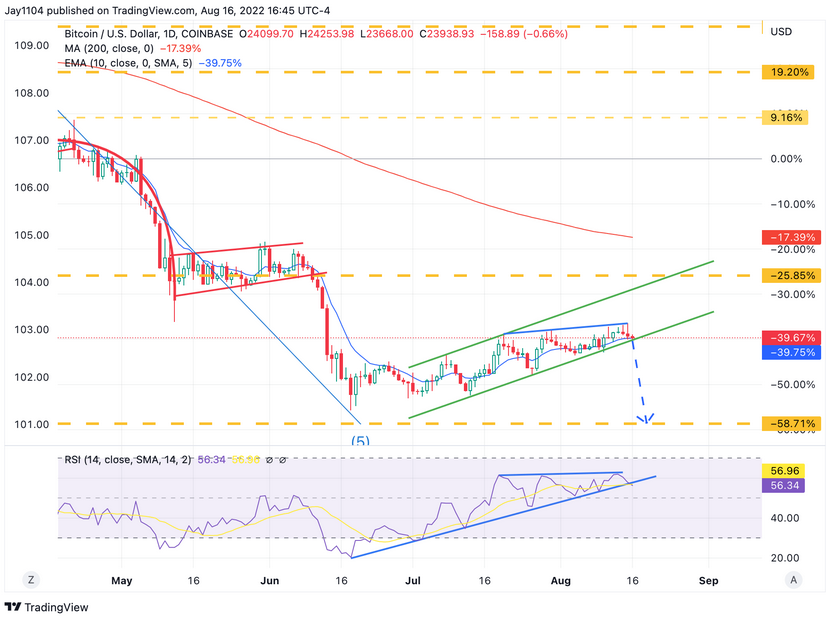