Many commentators are fixated on the Federal Reserve, and make convoluted comparisons to the 2013 taper tantrum. Only this time, they say, investors are anticipating the decline in yields that came when the Fed started reducing its bond purchases and already have the tantrum spike behind them in the first quarter.

Perhaps. A more obvious explanation is that President Joe Biden’s ambitious spending plans are encountering severe headwinds in Congress, throwing into doubt whether any additional spending will materialize beyond the trillion-dollar bipartisan infrastructure plan, if that.

Or that COVID variants and lagging vaccines may lead to new waves of infection and slow down the recovery. Or that the growing likelihood of persistently high inflation is causing talk again of the dreaded stagflation—slow economic growth combined with high inflation. Or the always useful “technical factors” as investors rebalance their portfolios. 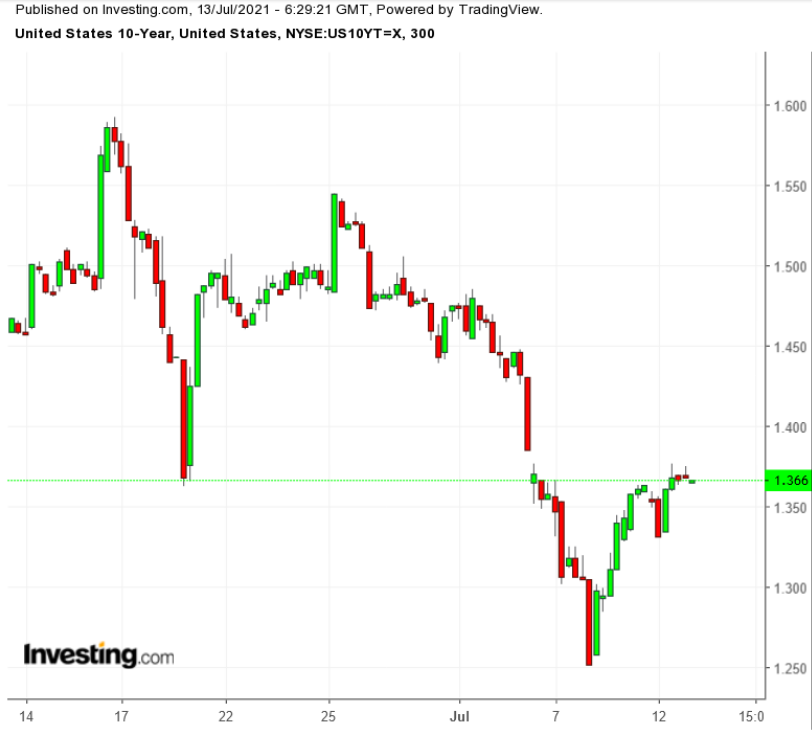 Yield on the benchmark 10-year Treasury plunged at one point to 1.25% last week, after hovering around 1.5% for much of the past month. It has since recovered to about 1.37%, but you no longer hear talk of it cresting 2% before the end of the year.

Politics, Lack Of Compromise Could Be Hindering Recovery

Those who bet against the consensus of rising yields are looking good, and appear vindicated in their view that the market got too far ahead of economic recovery from the pandemic.

The much-hyped acceptance of the U.S. proposal for a global minimum corporate tax of 15% at the meeting of G20 finance ministers in Venice doesn’t mean that tax will become a reality in all the countries pledging allegiance.

Washington needs the new minimum to help Biden hike corporate taxes to pay for those ambitious spending plans, but there’s no guarantee Congress will toe the line.

All this against a backdrop of progressive overreach symbolized by wokeness, which is meeting strong resistance from voters who feel it goes too far. That is adding to a momentum for a Republican sweep of both houses of Congress in next year’s midterm elections that not even Donald Trump’s antics may be able to stop.

Lots of politics. The polarization in Washington is unsettling and the lack of compromise in an evenly divided Congress appears to be a further hindrance to economic recovery.

The U.S. resumed auctions of notes and bonds this week with $38 billion of 10-year notes on Monday and $24 billion in 30-year bonds on Tuesday. But even increased supply has only marginally depressed prices (raising yields).

Far from inciting a tantrum, European Central Bank President Christine Lagarde said the ECB would remain flexible in keeping monetary policy loose, and hinted that the pandemic emergency asset purchase program would continue in “a new format” beyond its anticipated end-date in March.

Europe is even more sensitive to COVID variants. Yield on German 10-year bonds, which are a benchmark for the eurozone, remain low after hitting minus 0.34% last week, and settled at a tick under minus 0.30% on Monday.