Betting on the outcome of natural disasters is part of a commodity trader’s life. More unfortunate is praying for the worst consequences possible, especially if that’s what the position requires.

Even before this year’s Atlantic hurricanes begin, oil bulls have bet that there’ll be carnage as bad as last year—or maybe worse—that will severely hurt production and operations on the US Gulf of Mexico, and send energy prices flying. 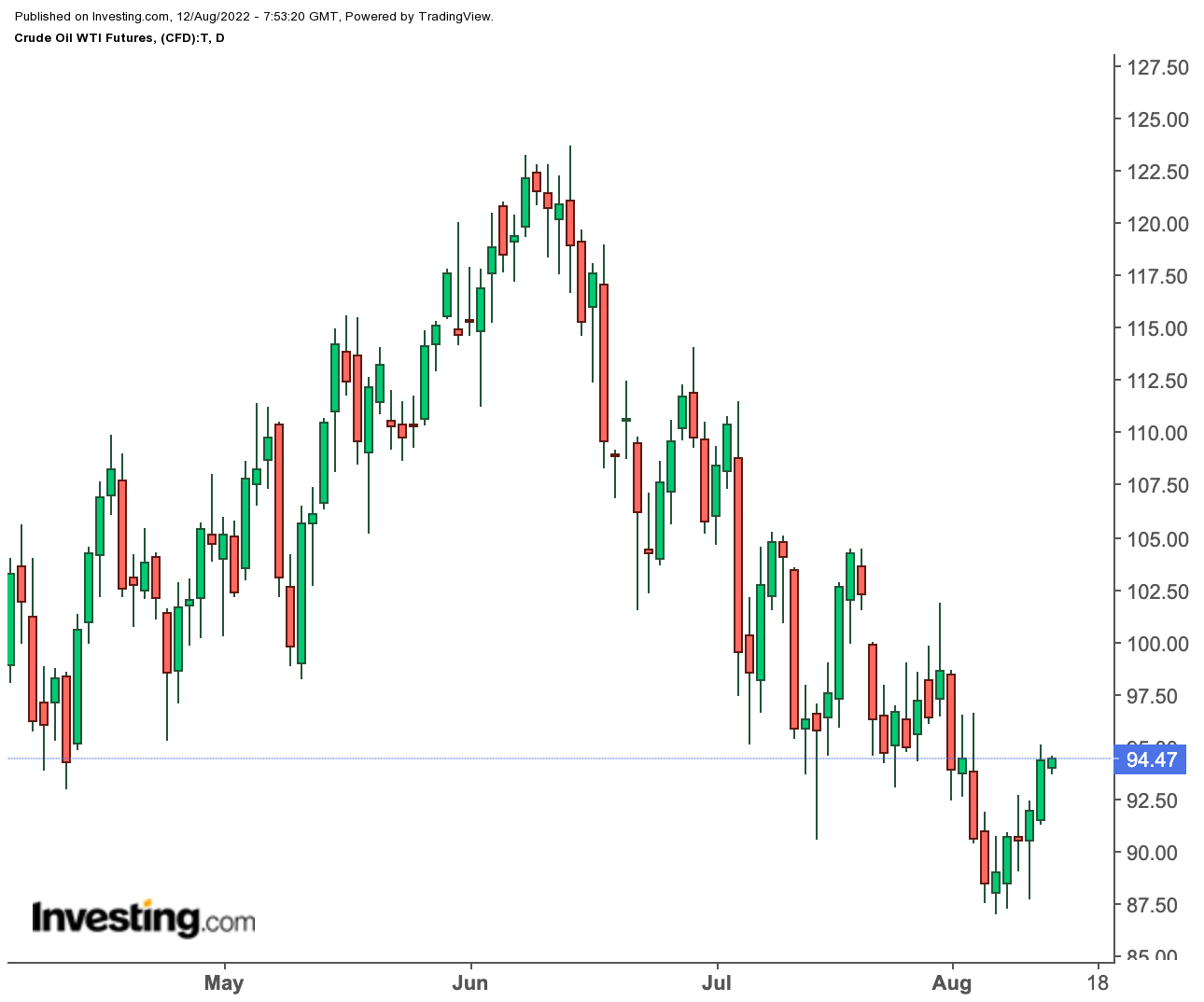 But what if the hurricane season turns out to be tamer than thought? What will the longs in oil pray for?

One safe bet: Outsized US crude and fuel exports.

As the Weekly Petroleum Supply Report from the US Energy Information Administration (EIA) landed on Wednesday, two shocking revelations came to light.

I’m not referring to the back-to-back build of 5 million barrels in crude stockpiles that the EIA reported over the past two weeks. Neither am I talking about the equally staggering tumble in last week’s gasoline stockpiles .

No, I’d like to shine the light instead on last week’s exports of crude and gasoline.

The EIA reported that crude exports hit a seven-month bottom last week, falling to an unbelievably low 2.11 million barrels daily—a nadir not seen since the 1.96 million barrels shipped during the week ended January 7.

More eye-popping than that were the exports of gasoline, which surged to 1.13 million barrels per day last week, the most since December 2018.

At a time of patchy oil demand data within the United States, such exports can decide between make or break for the market.

“Natural disasters have to happen naturally and when they don’t, you need to hedge your bets elsewhere. The verdict so far on the hurricane season has been ‘bah humbug’.”

“With weekly oil balances delivering one bearish jolt after another of late, no thanks to questionable demand at home, the one solid thing the market has depended on are crude exports, which have steadily averaged 3 million to 4 million barrels a week for months now. Thus, longs in the market should be pretty worried if we start getting more anemic crude exports like last week. That was probably an aberration, and, to oil bulls’ relief, was made up by the spike in gasoline exports.”

One key reason for the runaway exports in U.S. oil: pricing differences between New York’s West Texas Intermediate crude and London’s Brent , with the US benchmark typically fetching about $5 per barrel lower.

A more popular factor cited by oil bulls will be the avalanche of oil hitting the market from drawdowns made by the Biden administration from the Strategic Petroleum Reserve.

At its peak in 2009, the SPR had as much as 727 million barrels in storage. The current reserve level stands at just under 465 million barrels, the lowest since April 1985.

The bulk of it was drawn by the Biden administration in its bid to lower record-high fuel prices at home, in the aftermath of the Western sanctions imposed on Russian oil exports over the Ukraine war.

With one million barrels targeted to come off the reserve each day between May and October to make up a total of 180 million barrels, some of that oil has also been finding its way into exports.

SPR outflows aside, U.S. oil production itself is rising—and quite appreciably too.

Oil output in the Permian in Texas and New Mexico, the biggest U.S. shale oil basin, is due to rise by 78,000 barrels daily to a record 5.445 million bpd in August, the EIA said in its productivity report on July 18.

That left total drilled but uncompleted (DUC) wells down 26 to 4,245, the lowest since at least December 2013, according to EIA data going back that far. The number of DUCs available has fallen for 24 consecutive months.

It’s not just US supply that’s rising. A wall of oil has also hit the international market over the past month.

OPEC oil output rose in July to its highest since April 2020, a Reuters survey found, as the group further eased production curbs under a pact with its allies and top exporter Saudi Arabia phased out a voluntary supply cut.

The Organization of the Petroleum Exporting Countries has pumped 26.72 million barrels per day (bpd), the survey found, up 610,000 bpd from June's revised estimate. Output has risen every month since June 2020 apart from in February.

That’s probably why OPEC is finding every excuse that it can not do more on production till the year-end. In its monthly report on Thursday, OPEC pared its forecast  2022 oil demand by 260,000 barrels from its previous forecast. The group typically uses lower demand as an excuse to eventually cut production and boost prices.

While crude inventories are surging, so is gasoline supply in the United States. That probably explains last week’s ramp-up in U.S. gasoline exports.

Domestic demand for gasoline has been spotty in the United States in recent weeks. While last week’s near five-million barrel drawdown in U.S. gasoline stockpiles would have delighted longs in the market, there have been multi-million barrel builds as well in prior weeks, as record high pump prices of above $5 per gallon shredded demand.

While the average pump price of gasoline had fallen to $3.99 a gallon by Thursday—its first below $4 in months—U.S. crude itself could return to $100 per barrel after last week’s selloff that took it to below $90.

An upward swing in the crude price could feed into the pump price and weigh on demand again—particularly at a time when the peak U.S. summer driving season is ending. Given this dynamic, oil bulls might be better off counting on gasoline exports than sales at the pump.

And what about the upcoming hurricane season?

Well, a disorganized tropical disturbance, called Invest 97L, is crossing the tropical Atlantic this week. But it has only meager odds of becoming a named storm, according to yaleclimateconnections.org.

That’s par for the course in the 2022 hurricane season thus far, which has been running against the grain of expectations in both the Atlantic and East Pacific.

Last year’s Hurricane Ida, which struck in September, shuttered more than 25% of natural gas production and nearly 17% of oil output in the United States.

Gelber & Associates, a Houston-based energy consultancy, said if a hurricane does develop in the Gulf of Mexico and threatens operations of coastal energy facilities there, it could have a major impact on production. But it adds:

“In the tropics, overall action is still rather quiet, with some activity starting to percolate with a handful of disturbances in the cue.”

“At this point in time, there is nothing that could be construed as a meaningful concern.”