In an emotional lengthy speech, highlighting Russian and Ukraine history and terming Ukraine as a U.S. controlled puppet state’, endangering Russian security. The U.S. and E.U. said they would begin imposing limited sanctions. The UN Security Council is holding an emergency meeting. The U.S. said it will impose sanctions on the breakaway regions (DPR and LPR), but not for now on Russia. Putin’s speech came after a day of escalating, choreographed action on Ukraine.

It was not immediately certain whether the Russian troops would remain only on the territory controlled by the separatist republics (DPR and LPR), or whether they would seek to capture the rest of the two Ukrainian enclaves whose territory they claim. 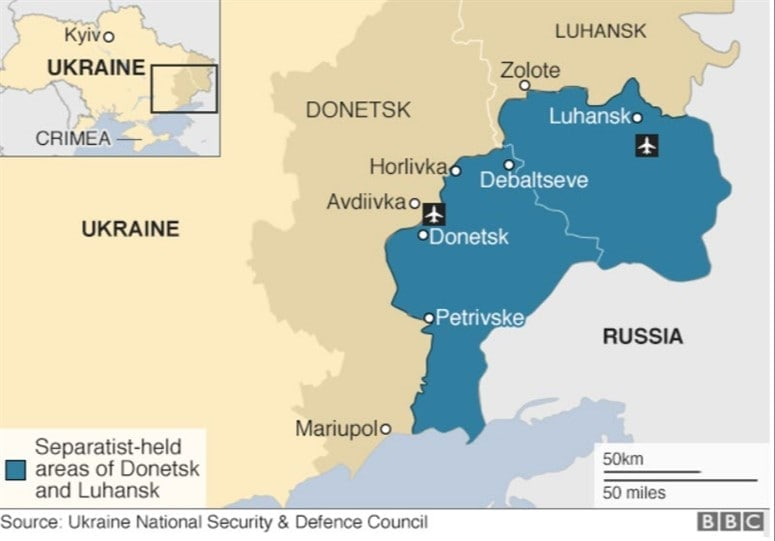 Last week, a French Presidency source reportedly said serious sanctions measures could be taken against Russia only if ‘government-controlled’ Ukraine is invaded. The reality of the on-the-ground situation in Ukraine is that Russian-backed separatists have controlled parts of the country for eight years. They're recognized from abroad as part of Ukraine but, effectively, they're not like these areas (DPR/LPR) in Russia-backed separatists controlled Ukraine.

In other words, if Russia/Putin again invades DPR/LPR to declare the region as independent and provide security, there may not be any serious countermeasures by U.S./NATO and Ukraine. As these areas are already controlled by Russia-backed separatists, Russia's military may not even enter again. But even if Russian troops enter again in DPR/LPR, Ukraine may not respond militarily as Ukraine is not seeking any military conflict/war directly with Russia.

In that scenario, the U.S. may impose only some token sanctions rather than SWIFT and oil & gas export restrictions. On its side, Russia is sending similar kinds of messages; Ukraine is provoking the start of a big war. Putin said Russia doesn’t want war ‘but if there is a threat to the lives of citizens of the Russian Federation and compatriots living in the DPR and LPR, then Russia will stand up for them’.

The worst of the Russia-Ukraine crisis may be over for the time being. Russia may secure Donbas without any conflict since already controlled by Russia-backed separatists. And Putin declares Donbas independent and Ukraine doesn't counter-attack. Some token sanctions against Russia will be imposed by NATO/U.S./Europe. There will be a win-win situation for all including Putin (face-saving exit and getting some security guarantee). Biden may also claim that he can prevent Putin from invading ‘Government controlled’ Ukraine. Both Biden and Macron may also claim major diplomatic victory ahead of the mid-term and presidential elections. Even the Ukrainian President can claim ‘victory’ as Russian forces stopped just short of entering ‘government controlled’ Ukraine. As the complex global geopolitical games of chess complete, risk trade (equities) may soar (relief rally), while Gold and oil may slip.