Fall is here, bringing the next most anticipated pricing phase for natural gas this year. 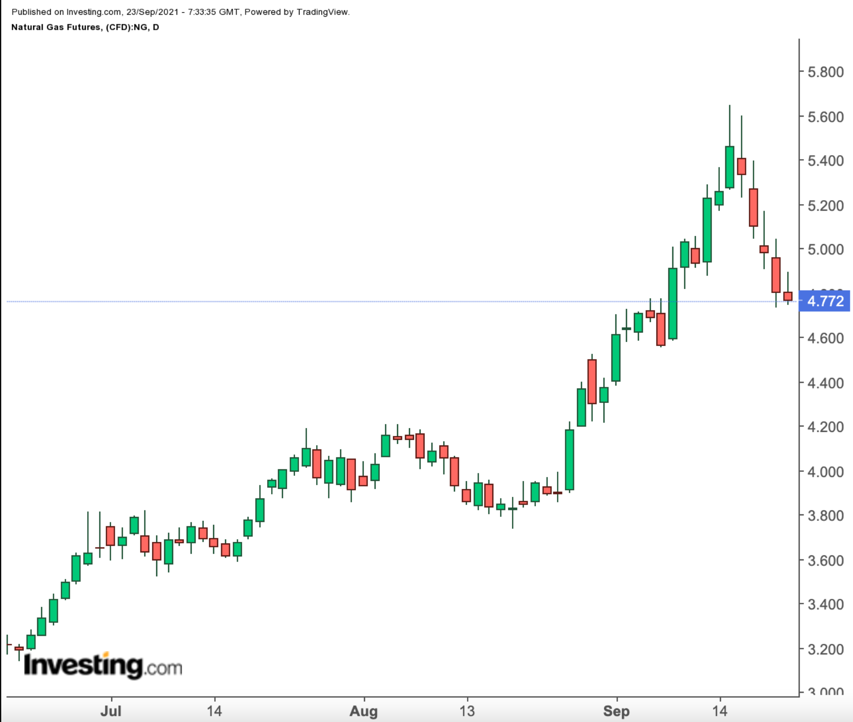 Thus far, a global squeeze in energy sources for cooling have sent US gas futures to seven-year peaks this summer and LNG, or liquefied natural gas, to record highs.

Typically, there is a so-called ‘shoulder season’ for gas, when demand for the fuel is at its lowest between the heat of summer and the start of palpable cold for fall.

This year though, the anticipation is that fall, which began Wednesday, will usher in an early and significant cold that will only worsen in the four months to the winter peak in January. Thus, demand for heating, the other major use for gas besides being a source for cooling and power generation, is expected to remain sky-high.

Even so, pockets of moderate weather will likely persist and sometimes stretch over a week or two in the coming months. One such spread might be on the way, and could ease some of the squeeze in gas supplies that has been key to sending futures to above $5 per mmBtu, or million metric British thermal units, this summer.

Dan Myers of Houston-based gas markets consultancy Gelber & Associates cited in a note to the firm’s clients on Wednesday the expected turn in near-term weather and how that could impact forecasts for gas pricing, which some initially thought will run to as high as $6 before the start of fall.

Gas Fell Short of $6 This Summer

Benchmark gas futures on the New York Mercantile Exchange’s Henry Hub only got as far as $5.65 last week, though that is still up 88% on the year—the highest return known for the commodity in 2021.

“Lower weather-driven demand in the next few weeks is expected to drive storage injections in the future upwards, and there is a possibility that given current weather forecasts hold, future injections within the next four weeks will lighten the deficit between the five year total working storage inventory and 2021 total storage.”

He also noted a decrease in LNG exports and use of more wind as a source of power in the PJM, MISO, SPP and ERCOT electricity-generation zones that had plausibly added to last week’s gas storage.

Wall Street forecaster Goldman Sachs, meanwhile, said the potential capacity for gas-to- oil substitution could be larger, at up to 1.35 million barrels daily in power and 0.6 million barrels in industry use in Asia and Europe should natural gas rally further. 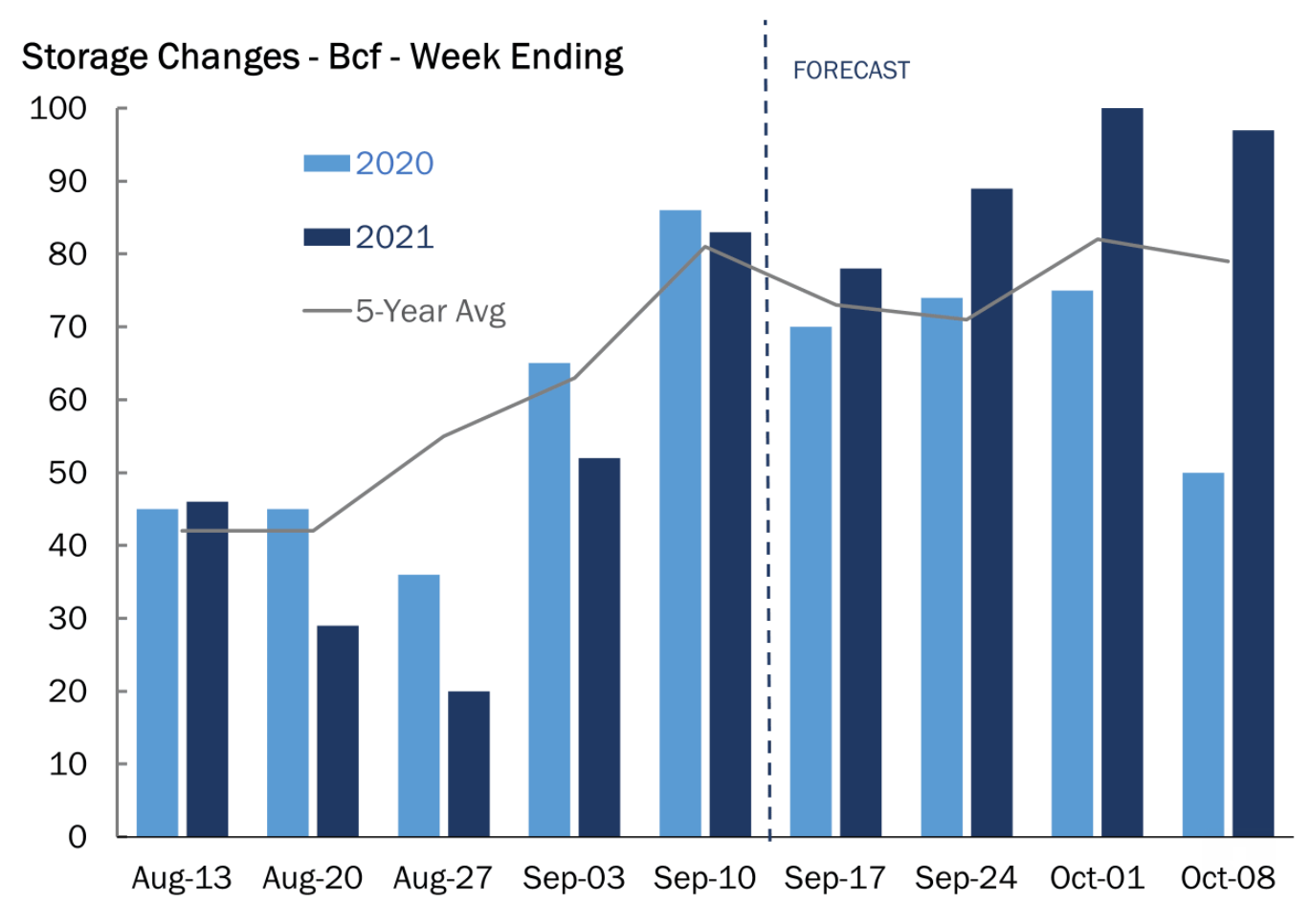 The US Energy Information Administration routinely publishes on Thursdays at 10:30 AM Eastern Time (14:30) its weekly update on gas in storage . For the latest available week to Sept. 17, the EIA is expected to report that utilities added 75 bcf, or billion cubic feet, to storage from what was not used for power generation and cooling.

If the projections are on target, the injections for last week would take stockpiles to 3.081 tcf, or trillion cubic feet—some 6.9% below the five-year average and 16.1% below the same week a year ago.

Data provider Refiniitive, meanwhile, said that even though average production last week of 91.1 billion cubic feet per day (bcfd) was below the highs seen during the same period in 2019 of 93.0 bcfd, output was still well above 2020's COVID-depressed levels of 88.4 bcfd for the week and the five-year average (2016-2020) of 82.3 bcfd.

Refinitiv also estimates the storage injection in the current week to Sept. 24 in a range of between 64 and 90 bcf, with the mean being at 62 bcf.

Temperatures last week were near normal for this time of year with 68 TDDS, OR total degree days, compared with a 30-year average of 66 TDDr s for the period.

TDDs, used to estimate demand to heat or cool homes and businesses, measure the number of degrees a day's average temperature is below or above 65 degrees Fahrenheit (18 degrees Celsius).

For the week ahead, weather readings in the Lower 48 US States were largely benign, Bespoke Weather Services said in a forecast carried by industry news portal naturalgasintel.com.

The 15-day outlook called for below-normal gas-weighted degree days—relative to the five-year average—and forecasts for October as a whole showed mild temperatures across much of the country, Bespoke said, adding that this kept “risk skewed toward low demand.”

But Bespoke also conceded that “too early” to rely on weather as a key driver in price action as importance to fall weather typically grew in mid-October onwards.

And while production may be creeping up, there’s still a huge squeeze on supply, not least from the three-week-old Hurricane Ida, whose repercussions were still playing out on oil and gas operations on the US Gulf of Mexico.

The Bureau of Safety and Environmental Enforcement, the agency responsible for monitoring the post-Ida situation, said on Wednesday that some 24.3% of gas production capacity on the Gulf had still not been restored after the storm.