With new tokens coming to market each day, the number of offerings in the asset class keep growing—notwithstanding whether the overall market cap rises or falls. The speculative frenzy created by Bitcoin , Ethereum , and a host of other tokens is causing new cryptocurrencies with a range of utilities to come to market. Success always breeds imitation.

China is currently working on beta testing a digital yuan. It will not be long before other leading governments take the plunge, with digital dollars, euros, pounds, yen, and many other means of exchange hitting the market.

While governments will issue tokens, there are likely to be imitators that purport to be “stable coins” tracking official government currency values. Tether (USDT) is an example as it follows the US dollar’s value and trades at parity, but it is anything but a US government-sanctioned digital currency.

Regulators are considering cracking down on “stable coins” like Tether. However, USDT has reached an impressive critical mass as it stands as the fourth-leading cryptocurrency with a $73.5 billion market cap as of Nov. 11.

Last week, the United Emirates Decentralized Coin (UEDC) burst onto the scene. The UAE’s official fiat currency is the dirham , trading at 0.27 to the US dollar. On Nov. 11, each US dollar was worth 3.67 dirham. It's not yet clear though if UEDC is sanctioned by the sovereign country. That said, the jury is still out on whether UEDC is another revolutionary and evolutionary token or a trap that will wind up in the crypto dust bin.

The bull market in cryptocurrencies continued over the past weeks, fueled by Bitcoin, Ethereum, and many other cryptos reaching new record highs. The sky appears to be the limit for the asset class, which is nearing a $3 trillion market cap. At the end of 2020, 8,153 different tokens populated the asset class. On Nov. 9, the number stood at 13,877 and posted an over 70% gain in 2021.

Bitcoin, Ethereum, and hundreds of other cryptocurrencies may be novel means of exchange, but there are also joke digital currencies and more than a few scams populating the asset class. Investors need to beware of the many potential frauds that are thriving on the back of the crypto market's significant returns.

The bull crypto market creates fertile ground for scammers. Many of the tokens circulating will wind up as dust collectors in computer wallets. However, pump and dump schemes could take advantage of an array of market participants before they go up in a cloud of dust.

'Industry experts' in the Middle East

On Oct. 7, the cryptocurrency asset class gave birth to another crypto. It's described as:

Grammar aside, the United Arab Emirate Decentralized Coin (UEDC) is a new entry in the asset class.

“The total supply is just 20M making it a huge potential for astronomical increase in price value making investors tons of profits trading and holding UEDC. Besides the UAE, Cryptocurrencies have been banned outright in Algeria, Iraq, Morocco, and Libya. Jordan has warned the public against the use of bitcoin. Even where a ban is in place, internet postings suggest people often flout the law…Kuwait does not recognize cryptocurrencies for official commercial transactions and prohibits the banking sector and state-controlled companies from trading them.”

The document goes on to say that Kuwait and Lebanon, which issued a similar set of warnings and restrictions, both plan to roll out their own digital currencies.

No comments from the UAE

To date, there has been absolutely no word from the United Arab Emirates about the new token that bears its name. 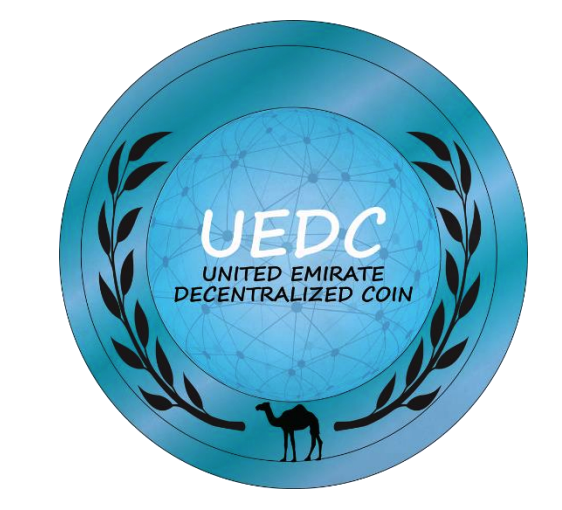 Aside from the name, the closest association the token has with the Middle East appears to be the picture of a camel in the logo.

Meanwhile, as of Nov. 9, UEDC was ranked as the 3,603rd leading cryptocurrency on CoinMarketCap. The rank puts it above over 10,200 other cryptos floating around in cyberspace.

Though the cryptocurrency's site lists Apr. 8 as its 'presale' date, UEDC began trading officially on Oct. 7 and hit a high of $0.9815 per token soon after it launched. 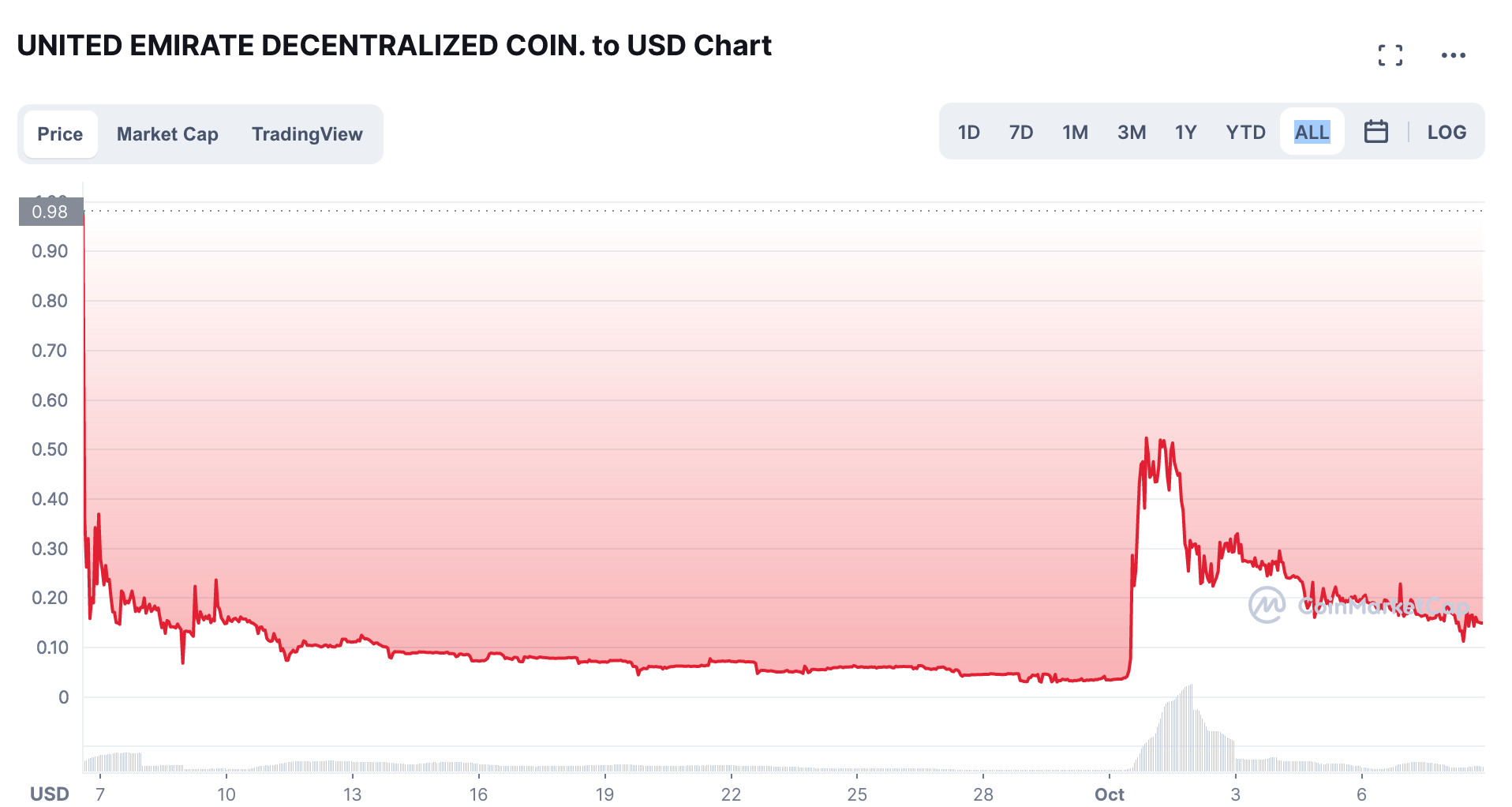 I have no idea what UEDC hopes to accomplish other than the information on its website and in its whitepaper. However, it does not smell like a crypto headed for success. Appealing to a specific group or sector increases the chances of adoption, but it also is a common strategy used by scammers to fleece the public. I am not stating that UECD is a scam, but if something walks like a duck and quacks like a duck, it typically winds up actually being a duck.

Buyer and trader beware is the most critical advice when considering any new or existing cryptocurrency. The asset class faces many headwinds and potential fraudsters. Pump and dump schemes only add to the risks.

Everyone wants to jump on a bull market, making them fertile ground for those looking to pick market participants’ pockets.