Yield on the benchmark 10-year Treasury soared more than 20 basis points on Monday, rising to 3.37% as bond investors bet the Federal Reserve would have to get more aggressive about hiking interest rates. 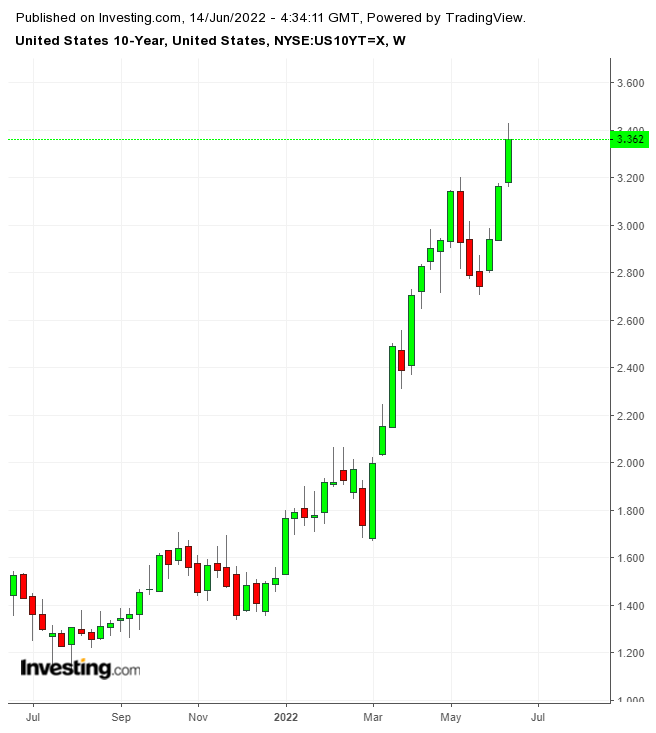 In addition to the 50 basis-point hikes expected this week and in July, consensus is growing that a fourth hike at that level will be needed in September. 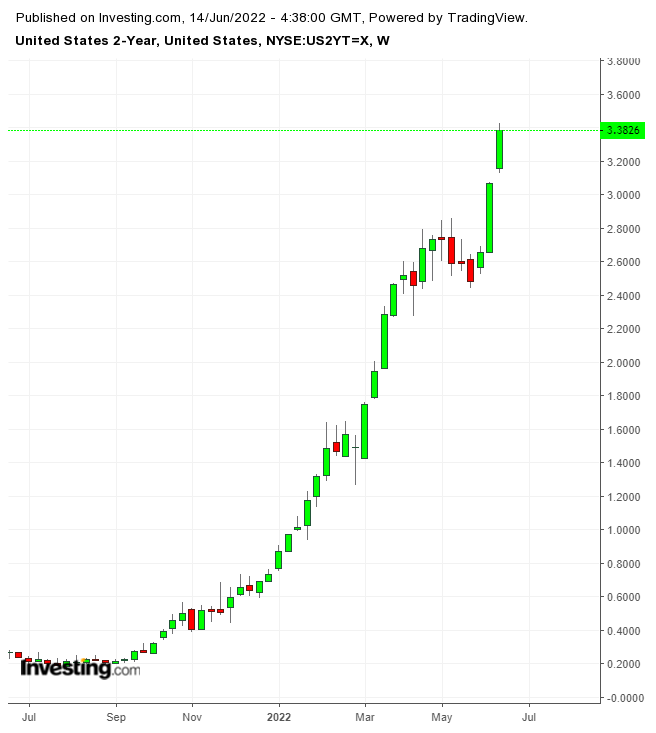 Yield on the two-year Treasury, which tracks the Fed policy rate more closely, also rose sharply, hitting 3.28% in late trading. At one point, the two-year yield topped that of the 10-year in a phenomenon known as yield-curve inversion , which can signal a recession when it is prolonged. 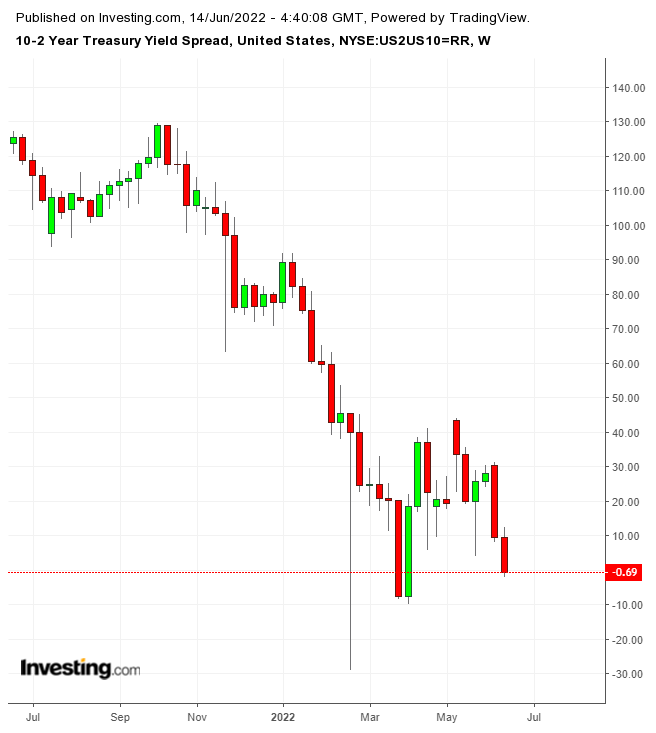 This didn't last very long, as the 10-year yield kept rising more quickly to restore the yield curve to a more normal trajectory.

Barron’s calculates its own Basics CPI with heavy doses of food, shelter, gas, and utilities—many of which are left out of core CPI. The Barron’s figure showed prices rising 17% on the year and 2.5% on the month—horrendous rates which Fed interest rate hikes can do little to dampen.

Claims that peak inflation has arrived are proving about as reliable as the claims about peak oil , and investors should remain skeptical.

Investors in European stock and bonds are also gripped by recession fears. A sell-off Monday hit both as stocks fell more than 2% and bond yields in weaker economies rose sharply. 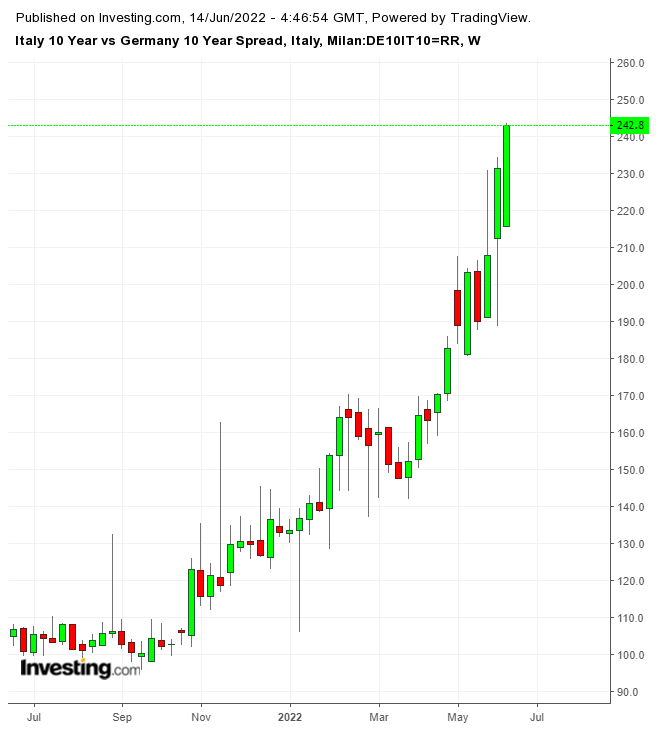 Expectations of European Central Bank rate hikes have risen as well. After looking for just a couple of quarter-point hikes this year based on earlier ECB guidance, investors now expect a 125 bps in hikes by October, possibly with two 50 bps hikes in July and September and a quarter-point increase to follow.

This defies guidance from ECB President Christine Lagarde as late as last week, even after she turned a bit more hawkish from her earlier stance that multiple rate hikes were not necessary in Europe.

Investors also worry about the lack of any policy on support for bonds, especially those of the weaker economies. The current program of new bond purchases is drawing to a close, ending a support for government bonds that dates back to 2014.

The result should be further widening of spreads, with the dangerous fragmentation that poses. On Monday, Italy torpedoed a plan by Eurogroup chief Paschal Donohoe, the Irish finance minister, to cap bank holdings of government bonds. Italy is particularly vulnerable on this score.

French government bond yields also rose on Monday, after the first round of voting in legislative elections indicated French President Emmanuel Macron may not win a majority in parliament. Based on the first-round results, Macron’s centrist alliance could win 260 to 295 seats, with 289 needed for a majority.

The rival leftist alliance under Jean-Luc Mélenchon could get 160 to 210, but the actual results in the second round next Sunday will depend on the direct vote for candidates in each district. Yield on the French 10-year bond rose on Monday by 15 bps to 2.24%.