The Federal Reserve officially abandoned the Phillips curve and consigned the 1980s to the history books on Thursday , as it threw open the floodgates and promised easy money for as far as the eye could see.

This was the message from Fed chair Jerome Powell last week as he detailed the conclusions policymakers in the Federal Open Market Committee had reached in their strategic review of monetary policy. He announced flexibility in inflation targeting and an end to preemptive rate hikes, promising rates would be raised only when real inflation rears its ugly head.

Stock markets had been hitting record highs in anticipation of the policy shift, and took off running once it was official. The S&P 500 rose Thursday for its fifth consecutive record close and then again on Friday to close at a record 3,508.01. 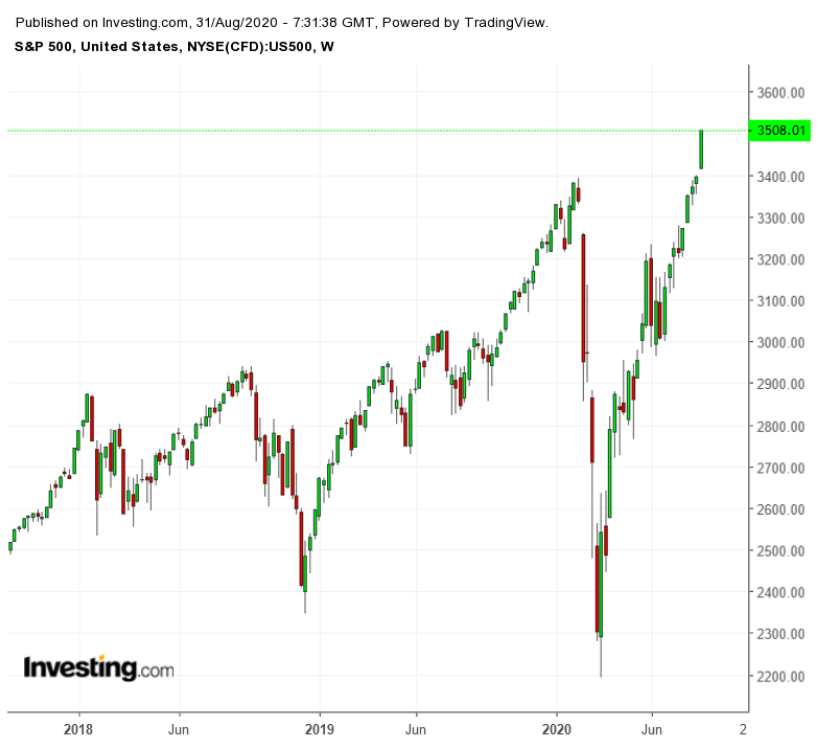 "Because the economy is always evolving, the FOMC's strategy for achieving its goals—our policy framework—must adapt to meet the new challenges that arise,” Powell stated in his speech for the virtual Jackson Hole symposium.

Forty years ago, Powell said, the biggest problem for the economy was runaway inflation. Then-Fed chair Paul Volcker attacked it by hiking interest rates into double digits. After that, the Fed had an itchy trigger finger and has been ready to raise rates even when inflation was tame in order to head it off—as recently as the ill-advised series of hikes in 2018 and early 2019 as Powell’s chairmanship was beginning.

The Fed was then forced to backtrack and FOMC members realized they needed to re-think the whole business.

So last week the Fed acknowledged what has been obvious to market participants for more than a decade—the Phillips curve that used to correlate low unemployment with increasing inflation has flattened and there is no fixed natural rate of unemployment that requires preemptive action to tighten money.

“Going forward, employment can run at or above real-time estimates of its maximum level without causing concern,” Powell said Thursday to explain new language saying that “shortfalls of employment from its maximum level” instead of “deviations” from that level may trigger policy action.

While the Fed still pays lip service to an inflation threshold of 2%, it has finally conceded after a decade of fruitlessly trying to even attain that level, it can essentially forget about inflation for the time being.

Officially, the Fed now will not only tolerate, but actively push for inflation above the 2% level in order to keep inflation expectations from sinking and robbing the central bank of any room to maneuver on interest rates.

Markets took this, correctly, to mean that monetary policy would be loose until inflation shows some signs of stirring—a goal that seems virtually unattainable at the moment.

Powell pointed out how “other major economies” have learned to their sorrow that once the dynamic of low inflation expectations infects an economy, it is difficult to get rid of it.

Powell also pledged that the Fed would continue to use its “full range of tools” to stimulate the economy. While the central bank’s billions in bond purchases keeps investors happy, they remain controversial as effective monetary policy.

In any case, for all its huffing and puffing, the Fed has yet to find a way to bring inflation anywhere near 2%, let alone over that threshold. Nor is the latest shift likely to do anything to raise inflation expectations, which Powell describes as “an important driver of actual inflation.”

Perhaps in another 10 years a new strategic review will find the answer to that conundrum.