In the U.S., as of August, at least 36 companies filed for bankruptcy. Even Saudi Aramco was forced to delay some of its expensive expansion plans in order to fulfill its obligations to the Saudi government and other shareholders. 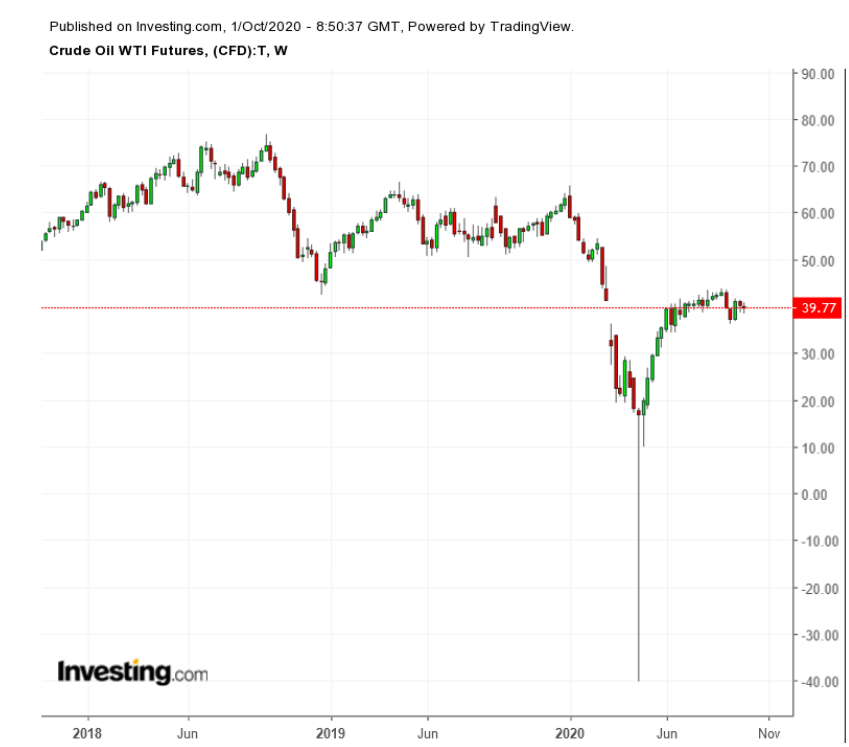 Every one of the companies in this sector is trying to survive the coronavirus-induced global recession as best as they can. However, a clear difference has emerged between European and American companies when it comes to strategic vision.

American companies, on the other hand, are showing continued commitment to oil and gas production. Companies like Chevron (NYSE: CVX ), ConocoPhillips (NYSE: COP ) and ExxonMobil (NYSE: XOM ) are continuing with their pre-coronavirus strategies while making cuts and adjustments to curtail spending during the low price period.

European companies claim to see this period of lower demand as a herald of a future when the world needs less oil. As such, they are trying to accelerate the divesting of upstream oil assets while moving more forcefully into the natural gas and renewable energy sphere.

American companies, on the other hand, see the current demand situation as only a temporary dip, and they believe their upstream oil and gas assets will continue to provide value as long as expenses can be curtailed in the short-run.

Shifting towards renewable electricity generation and transmission may also be what the shareholders of these companies want, even though the renewable energy generation business is less profitable than oil and gas production. In addition, many European governments and the European Union offer financial incentives for investing in renewable power generation, something these companies believe will offset financial losses.

Will European companies and their shareholders miss out on future profits? What if oil prices rise as a result of demand growth and the lack of investment in new oil resources results in lower profits?

Conversely, will American oil companies find themselves with stranded assets if oil demand continues to drop as the transition to non-fossil fuels takes off?

I believe a real transition to renewables—or some other non-fossil fuel energy—won’t be able to occur without one or more major technological breakthroughs. For instance, we need much better storage.

We also need better batteries that charge more quickly, hold the charge longer, can be recharged more times, and are smaller and lighter. Without significant innovation, fossil fuels will continue to play an important part of energy consumption in Western economies, and we will see significant growth as more economies develop.

Oil demand is taking a major hit now, but it will recover. When the global economy bounces back from the current recession, struggling economies and individuals will turn to the cheapest and most effective source of energy available—oil and gas.

The issue is: What does all of this mean for oil traders?

First, it means that traders should not get too excited when they hear reports from oil companies in Europe that “peak demand” is near or already upon us. BP recently issued such a report that was widely touted by journalists, but oil markets wisely shrugged. The markets will likely continue to ignore peak demand and doomsday reports.

Second, traders should understand that in the long run—five, ten, 15 or more years—there may be a shortage of oil. Some assets are well-explored, such as various fields in the Arabian Peninsula.

However, other areas are known to hold oil, but we don’t know exactly where to access it. Still other reserves are entirely unidentified. We have a dearth of exploration, because, on top of the low oil prices in 2020 and the European oil companies’ transition to alternative energies, there was already a drop in capex since oil prices fell in late 2014.

There is a great potential for this to eventually lead to oil shortages and much higher prices—but not for several years.