Also, China’s regulatory/deleveraging crackdown and the strategy of ‘equal prosperity’; i.e. an environment of overall policy uncertainty and global anti-China sentiment (after COVID) may be making India an attractive investment destination among EM space, where there is no alternative. Indian capital market is now the world’s 6th largest and Nifty is competing with Dow Jones , both in terms of popularity and market capitalization. In CY21 (till date) net FPI inflows are over $9B against net outflows for other South Asian peers (except China).

Another factor helping the Indian market is the COVID pandemic now almost turning into an endemic. As per various serological surveys, almost 80% of Indians now have COVID antibodies due to natural infections and artificial vaccinations; even a significantly high percentage of children are now immuned, at least partially. Over 45% of the Indian population got at least one single dose of COVID vaccination, which is also helping lower mortality. The country is now operating almost 95% of normal levels (pre-COVID) with basic COVID mitigation protocols. 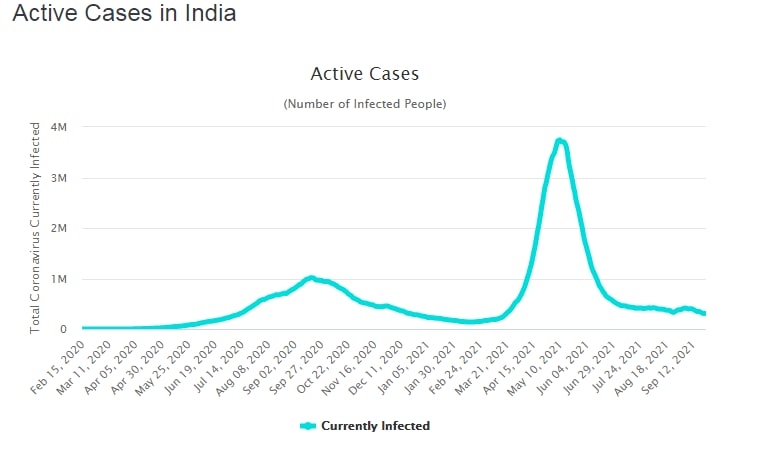 Overall, Nifty jumped +1.52% for the week on mixed global cues amid the Evergrenade debt default fiasco and the market buzz that the Chinese government may bail out the debt-laden real estate giant. There was a report that China’s real estate giant Evergrenade will pay the scheduled interest payment for local bonds on 23rd September and the Chinese government may control the debt-laden company as an SOE (as highly expected).

On Wednesday, Evergrande’s main unit Hengda Real Estate Group said the company will make a coupon (interest) payment for onshore bonds due 23rd September. But it’s not clear, whether Evergrenade will be able to pay interest to its dollar bondholders. But another report suggested China may not bailout Evergrenade completely. Chinese authorities are asking local governments to prepare for the potential downfall of the Evergrande Group, signaling a reluctance to bail out the debt-saddled property developer while bracing for any economic and social fallout from the company’s travails.

Evergrande said it had resolved payment of a yuan-denominated domestic bond, but made no mention of dollar bond commitments. Even Fed Chair Powell and other prominent global central banks including BOJ, RBA, BOE, and SNB are all concerned about any EG dominos effect and thus they are in close contact with PBOC, which assured about no ‘Lehman Moment. Fed always maintains close coordination with PBOC despite the so-called cold war between U.S. and China. And China’s housing market is quite big (almost $60T), but there is also a huge leveraging. Thus China has to act in a balancing way to preserve financial and social stability. China is in a deleveraging drive for a long to avoid any future ‘Lehman’ or ‘Minsky’ moment.