With slightly more than a week to the Federal Reserve’s upcoming rate hike, commodity traders are trying to decide how to hedge for September’s biggest event—a predicament not helped by China’s increasingly aggressive coronavirus lockdowns that are stifling any strong comeback by oil and base metals.

As mid-September trading began in Asia on Monday, price screens for commodities were back to being in the red as crude oil and copper gave back a chunk of the rebound they made late last week after one of the worst sell-offs since Russia’s invasion of Ukraine in March upended global raw materials supply. 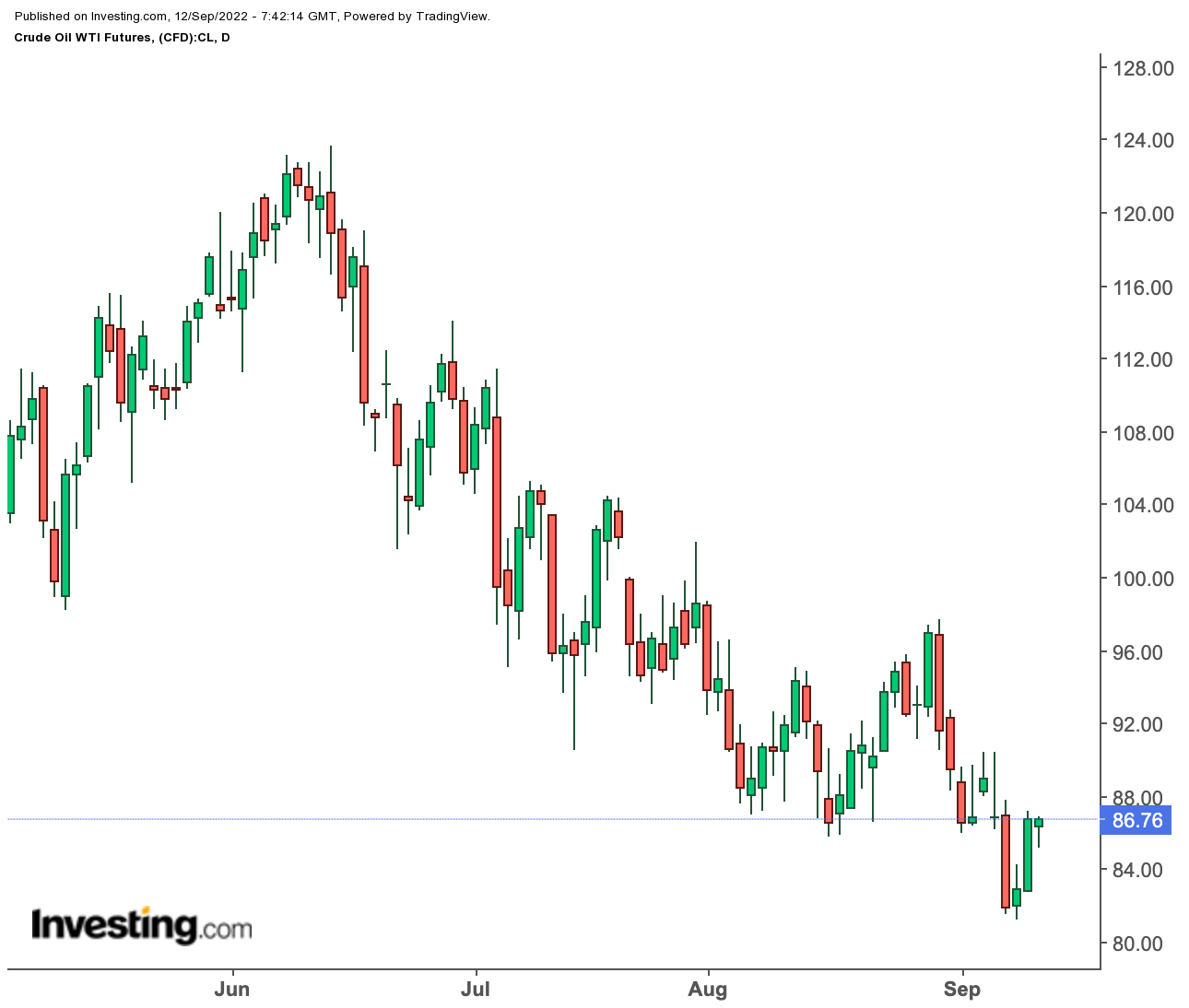 The European and U.S. trading sessions could well change the direction of these markets back to the positive by Monday’s close or beyond.

But the volatility is a powerful reminder of how the near-term bull story in commodities has been neutralized by a perfect storm of factors ranging from China’s COVID situation to runaway inflation that’s forcing steep rate hikes by both the Fed and the European Central Bank that could come back to bite the US and European economies in the rear.

Jun Rong Yeap, market strategist at IG in Singapore, said in comments carried by Reuters that overall, “negatives seem to outweigh the positives.” He added:

"The lingering presence of headwinds from China's renewed virus restrictions and further moderation in global economic activities could still draw some reservations over a more sustained upside.”

About 65 million people in 33 cities across China have been placed under partial or full lockdowns, as authorities double down on stamping out coronavirus outbreaks ahead of the Chinese Communist party’s 20th congress in mid-October. The party chief, Xi Jinping, is expected to secure a precedent-breaking third term as China’s leader at the one-in-five-years congress.

While the dollar retreated last week from a month-long of 20-year highs, the full-on hawkish mode of both the Fed and ECB in fighting inflation could prop the greenback up again in the coming week, causing fresh headwinds for commodities.

The demand concerns in commodities basically center “on the impact of rising interest rates to combat inflation and China's COVID-zero policy," Commonwealth Bank of Australia analyst Vivek Dhar wrote in a note.

Producer Price Index (PPI) reports are also due out from Japan , Switzerland (Tuesday), the U.K. (Wednesday), and the U.S.

The expectations are for inflation to be easing in the U.S., with month over month Core CPI expected at 0.3%, matching last month’s number; this would mark the lowest back-to-back readings since last fall. Headline CPI is expected to be -0.1%, as dropping gas prices continue to take pressure off inflation.

Those expectations are quite different in Europe; the U.K. is forecast to see core CPI month over month growth of 0.8%, a significant jump, while headline CPI is expected to jump another 0.6%.

The Eurozone is forecast to see a 0.5% rise in the core CPI number , a jump from the previous month’s revised figure of 0.1%. The same is expected of headline CPI , as energy prices still loom large with the seasons changing.

The ECB has already made its latest move, hiking interest rates by 75 basis points last week. The Fed is expected to stick to at least a 50 basis points hike if not 75 , and the inflation reports are not expected to shake it, but no doubt Chair Jerome Powell would welcome signs that inflation is at least moderating meaningfully.

The Bank of England, whose meeting was due this week but postponed in the wake of Queen Elizabeth II’s death, faces a more fluctuating environment with new Prime Minister Liz Truss in charge and already having issued a major energy plan. Its effect on the market is among the things the BOE will have to weigh; it will also get an employment report as an additional piece of data to throw into the mix.

Ukraine’s surprising recapture of the city of Izium in the country’s northeast has caught observers' attention around the world as a potential turning point in the war. Ukraine is also attacking Russian positions in the south of the country, near Kherson, and should they be able to maintain an attack on two fronts and take and hold territory, it would mark a different tone.

Russia has continued to escalate economic pressure on Europe with the shutting down of the Nord Stream 1 gas pipeline. While the military landscape is shifting and uncertain, it is not hard to imagine that Russian setbacks could only increase Russia’s willingness to use its economic leverage with Ukraine and with Ukraine’s supporters in predictable and unpredictable ways, which could put more pressure on European countries to resolve their energy situation before the winter arrives, and which makes the inflation reports mentioned at the top of the article all the more relevant.