US index futures were up between 1.5% to 2.0% by mid-morning in the London session, tracking a sharp rally in European markets and extending gains from the day before. While there might be more juice left in this short squeeze, I very much doubt that the markets have created a long-term bottom yet.

There are only a handful of reasons the bulls can point to in terms of justifying buying stocks, which include the fact they had been quite oversold. Weakness in US data is apparently good news, for this has raised hopes that it might lead to a change in central bank policy.

But this year, we have seen plenty of similar squeezes before the inevitable fade, and this could be yet another such scenario. Fundamentally, not a lot has changed for investors to justify piling into stocks. But the bears still have to respect the markets and wait for the right moments to pounce—especially as historically, Q4 has been a positive quarter for US markets.

I have been bearish on global markets for a while, and more recently, my main thesis was that we will drop below the summer lows—which has now happened on nearly all global indices. But the fact that we have bounced back after testing those lows has complicated the directional bias for me—and undoubtedly many others.

It is not uncommon for the markets to test old lows, then bounce and go in the opposite direction, in what is called a double bottom or a false breakdown technical reversal pattern. Is this such a scenario? Have the markets created a bottom or is this another example of a bear market rally before the next big sell-off?

For me, and undoubtedly many other traders, that is not very important as we focus on the now and next and go from one level to the next without worrying too much about the long-term outlook. For longer-term investors, it is a completely different story. I tend to focus on the trader rather than the investor in my analysis articles (sorry).

When it comes to trading the markets and looking for new ideas, especially for speculators who have presumably had a great time shorting the markets this year, it is all about patience now. For bulls, chasing the markets after a sharp two-day rally in what is overall a long-term bearish trend can be risky.

I think the rally will soon fade, and when it does, we could see new lows for the year in the not-too-distant future.

So, keep a close eye on the indices as they test key levels that had been support in the past. For the NASDAQ 100 , I have highlighted a few areas on the chart where the market may turn lower from. But as mentioned, the bears need to remain patient, and the bulls to be very nimble on any sign of weakness to avoid getting trapped again. 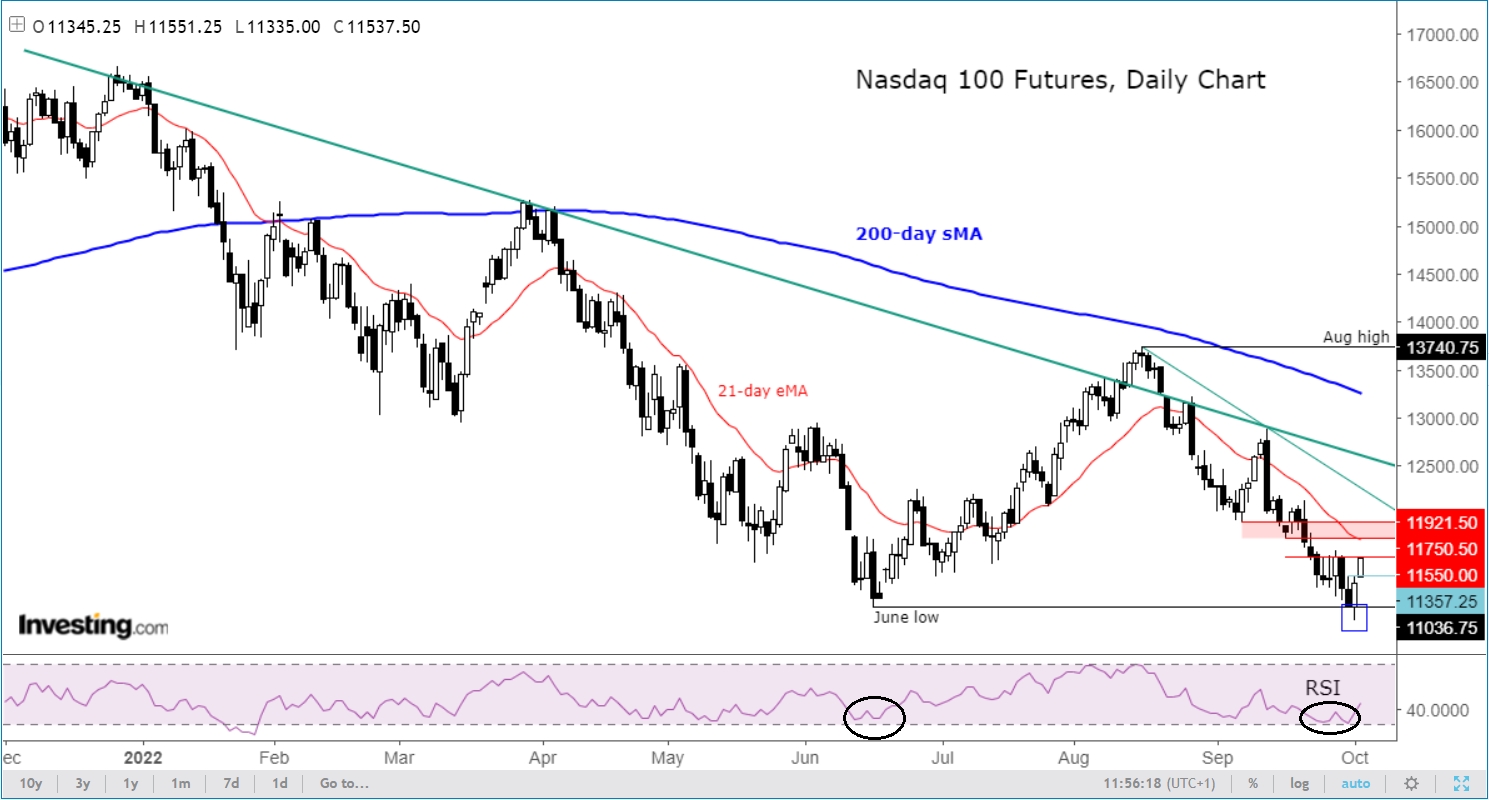 Disclaimer: The author currently does not own any of the instruments mentioned in this article.