Cryptocurrencies are continuing to show strength with Bitcoin holding bullishly around the $50K level and others like Ether , Cardano and Solana all breaking out. Indeed, after a big breakout on Monday, ETH/USD looks poised to rally further. Will it break to a new record high?

Bitcoin has now spent several days trying to break the $50K hurdle. The longer it holds here, the bigger the resulting move will be, should it decide to eventually move higher. 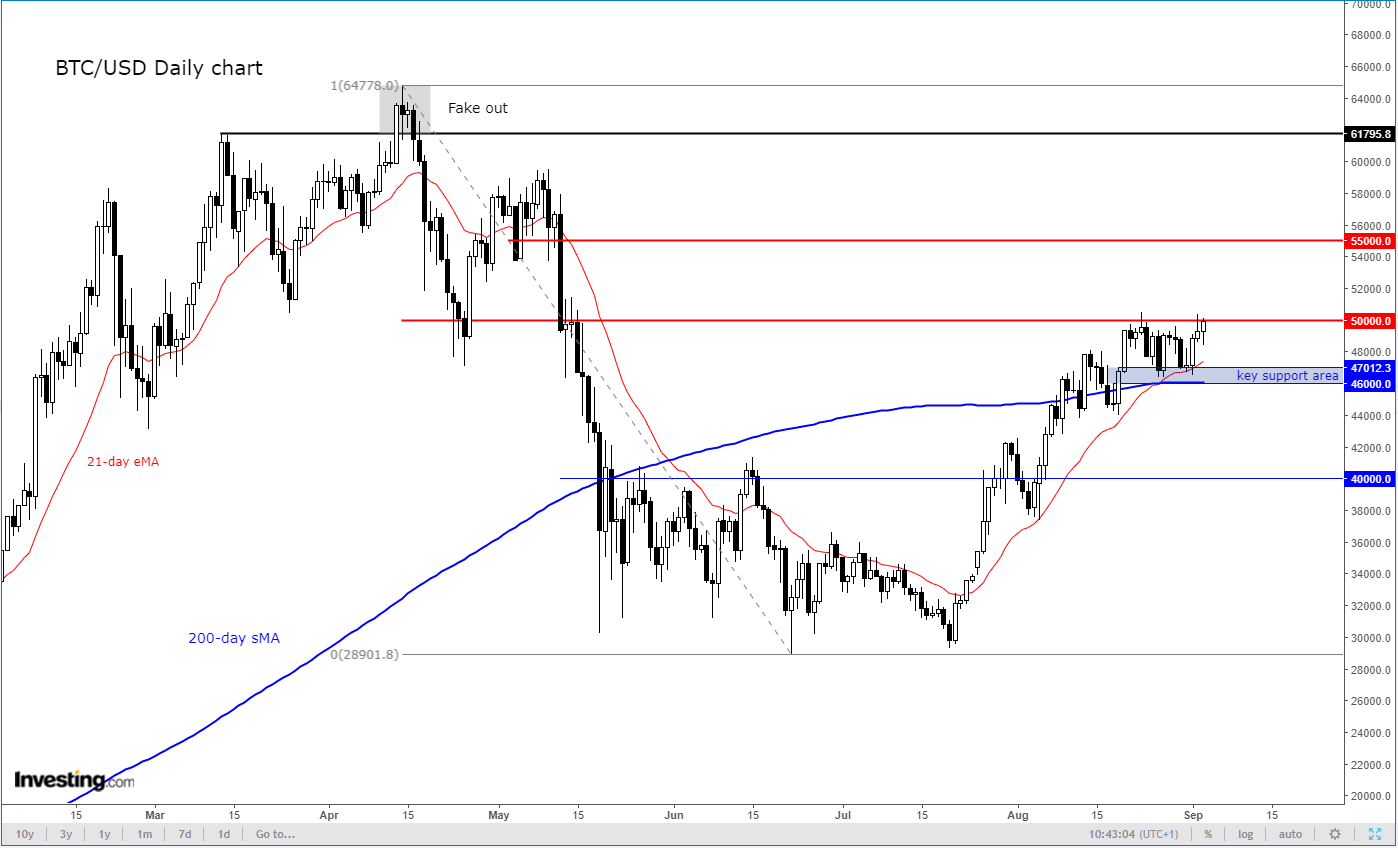 If Bitcoin does break higher, this will likely provide further impetus for altcoins. But while BTC makes up its mind, some of the altcoins are already on the move, not least Ethereum.

After breaking out on Wednesday, ETH/USD consolidated its gains on Thursday. At the start of Friday’s session, it looked like ETH would push further higher after the move below Thursday’s low lasted for only a few moments. At the time of writing, ETH/USD was near the day’s highs, threatening to break out to a new multi-week high and towards the next psychological hurdle of $4000. 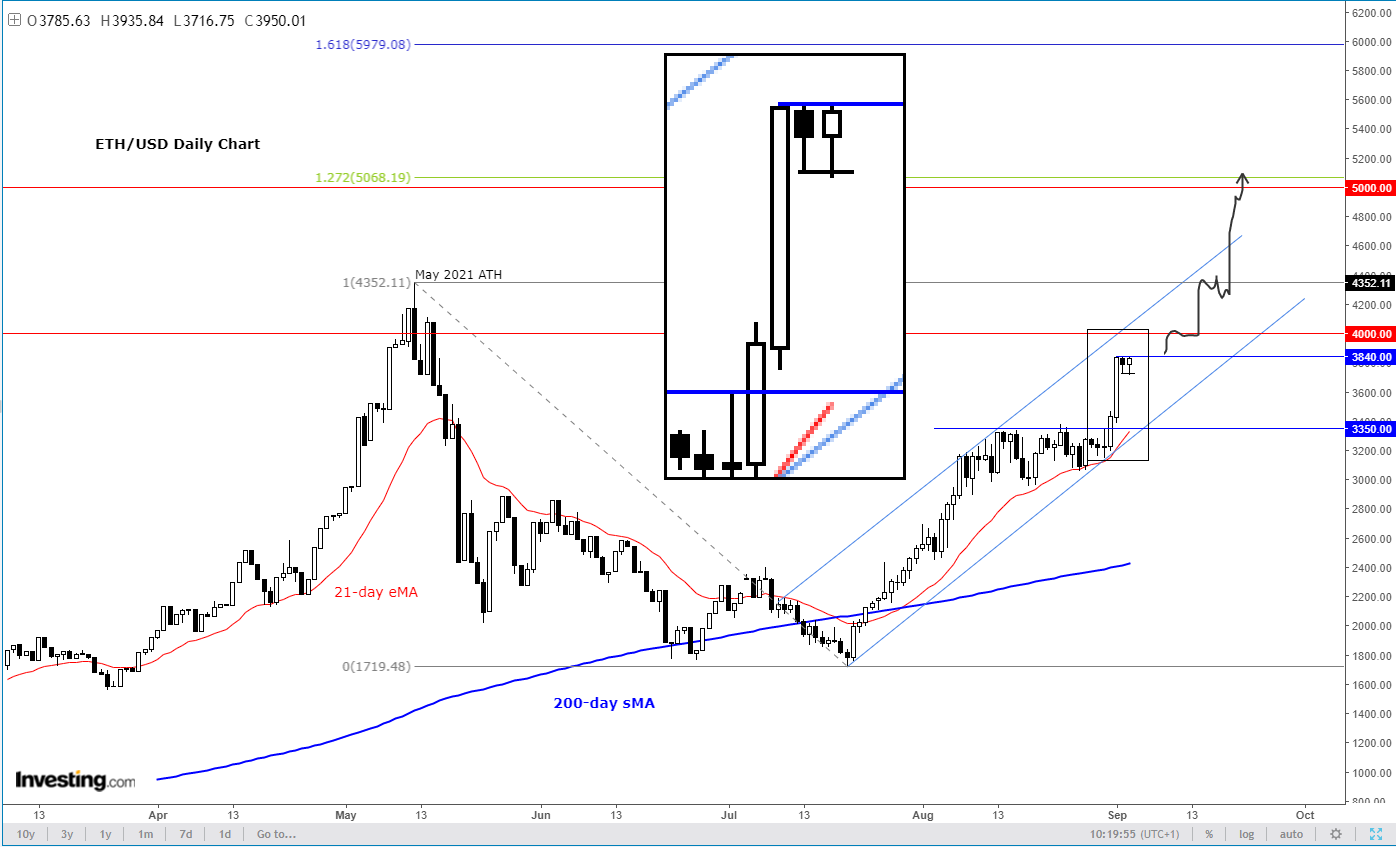 Clearly, the path of least resistance is to the upside, and I wouldn’t bet against Ether reaching the $4K hurdle or even a new record high above May’s peak at $4352 in due course. If it gets to a new high, then all the attention would be on where to next. I reckon it could go on to reach the $5K hurdle, where we have the 127.2% Fibonacci extension level converging.

But let’s not get ahead of ourselves just yet. It is important that if ETH/USD does break above short-term resistance circa $3840 that it holds the breakout. If it fails to do so, then we could see a sharp pullback as disappointed bulls cover their positions. In this potential scenario, ETH could go on to drop to the next key support area around $3350 first before we potentially see renewed strength again.

Regardless of what it does in the short-term, the longer-term technical outlook remains positive for ETH/USD given that it is sitting comfortably above the 200-day simple moving average, with the faster-moving 21-day exponential average also trending higher. Prices have been climbing inside a bullish channel, which is a further indication of a strong market.

So, I would concentrate on buying the dips at or around support and look to take partial profits along the way around the levels discussed.

But it is important to leave some funds invested in the crypto in case it does what Bitcoin did last year. You will never know 100% what the markets will do, but in order to take advantage of a potentially big rally, you have to be in. By taking partial profits along day, this reduces the urge to completely close out your position—and prematurely.