From the very beginning of his days as the PM of India, Narendra Modi has been touring foreign nations, meeting the top business leaders and influencers there. He has been convincing them to invest in the Indian Business and Trade sector. Constantly promoting his “Make in India” campaign, he has striven to bring more business to Indian companies. It is because of his and his government's efforts that lead to multiple global businesses setting-up their facilities in India. Plus, his government announced multiple provisions in the last few years to boost the growth of new/old, small/big business in India.

Recently, the Budget 2018 was announced, and yet again, the Modi government and the current Finance Minister Mr Arun Jaitley didn’t fail to fulfil the promises. Below is some provisions and announcements that were made in Budget 2018, and how it’s going to favour the MSMEs growth in India.

According to MoneyControl, “Out of 4,721 Indian listed companies that reported their numbers for the year ended March 31, 2017, 963 companies (20.3 percent of the total) could be major gainers.”

The motive behind this tax rate cut is to let more MSMEs (Micro Small Medium Enterprises) benefit from the same and save more investible surplus which can be used to create more jobs.

2. NBFCs to get a lending hand

The Micro Units Development and Refinance Agency (MUDRA) yojana was announced by PM Modi in 2015. It aims to make SME loans of up to Rs 10 lakh available to non-corporate, non-farm small/micro enterprises. Arun Jaitley said, the Government has set a target of ₹3,00,000 crores for loans to be provided under MUDRA in 2018-19. Thus, the program will be reviewed to encourage and make it easier for NBFCs to finance MSMEs through their MSME loans schemes.

The Budget 2018 made it illegal to use cryptocurrencies for any kind of illicit business transactions. It proposed the idea to explore and use blockchain technology, to boost the digital economy, making the payment mechanism more transparent to all parties involved.

In his speech, Arun Jaitley recognised the importance of online Fintech lending companies in making MSME finance easily accessible. Thus, he proposed the formation of a group of financial experts, under the finance ministry, who will develop new ways to help these companies grow.

Bottom line: The Union Budget 2018 recognises the strain on the economy caused by the two big policies rolled out in 2017: demonetisation (DeMo) and the goods and services tax (GST). Thus, the Budget 2018 aims at reviving the demand and create opportunities for the MSME sector, crucial for jobs and growth.

To ensure the implementation and success of the same, the budget 2018 will reduce the tax liability of MSMEs by providing ample budgetary allocations and appropriate policies. This will allow MSMEs to save ample surplus to reinvest and create more job-opportunities while boosting their growth at the same time. 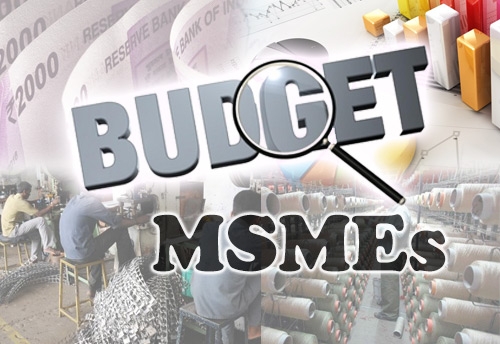